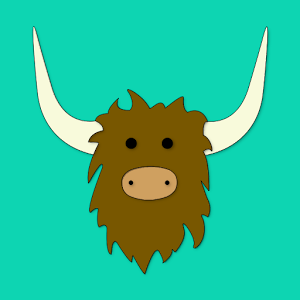 One of the most well-circulated Medium posts of the past year would have to be Andrew Watts' "A Teenager's View on Social Media - Written by and Actual Teen". In the post, Watts (who was a guest at the most recent Social Shake Up) details how he and his friends use and view various social networks, away from the data analysis and reports that attempt to suggest why it is that teens might be turning away from Facebook. Watts' articulate analysis resonated with common logic, giving us old theorists a succinct, intelligent view of the reality behind why teens are using certain networks and apps - but there was one app that stood out, in particular, amongst Watts' observations. Watts noted that one of the most popular apps among teens was Yik Yak.

Yik Yak, for those who don't know, is an anonymous social app that enables users to post simple messages up to 200 characters in length (called "yaks") which can then be upvoted and downvoted. When you log into Yik Yak, the app uses your location and shows you all the "yaks" which have been submitted within a five mile radius of your location, ranked by popularity - that geo-focussed functionality makes Yik Yak perfect for communication on school campuses, sharing anonymous gossip, news of social events and letting off steam about teachers or classes. It also, unfortunately, lends itself to bullying.

Whether you use it or not, whether you know it or not, Yik Yak is a social app that's on the rise, with close to two million monthly active users. Anyone marketing to younger consumers needs to be aware of Yik Yak - and now the app has added a new photo functionality, enabling users to share images to accompany their yaks - so long as those photos don't contain anyone's faces. But how will Yik Yak possibly be able to enforce such a restriction? Now that's an interesting challenge. 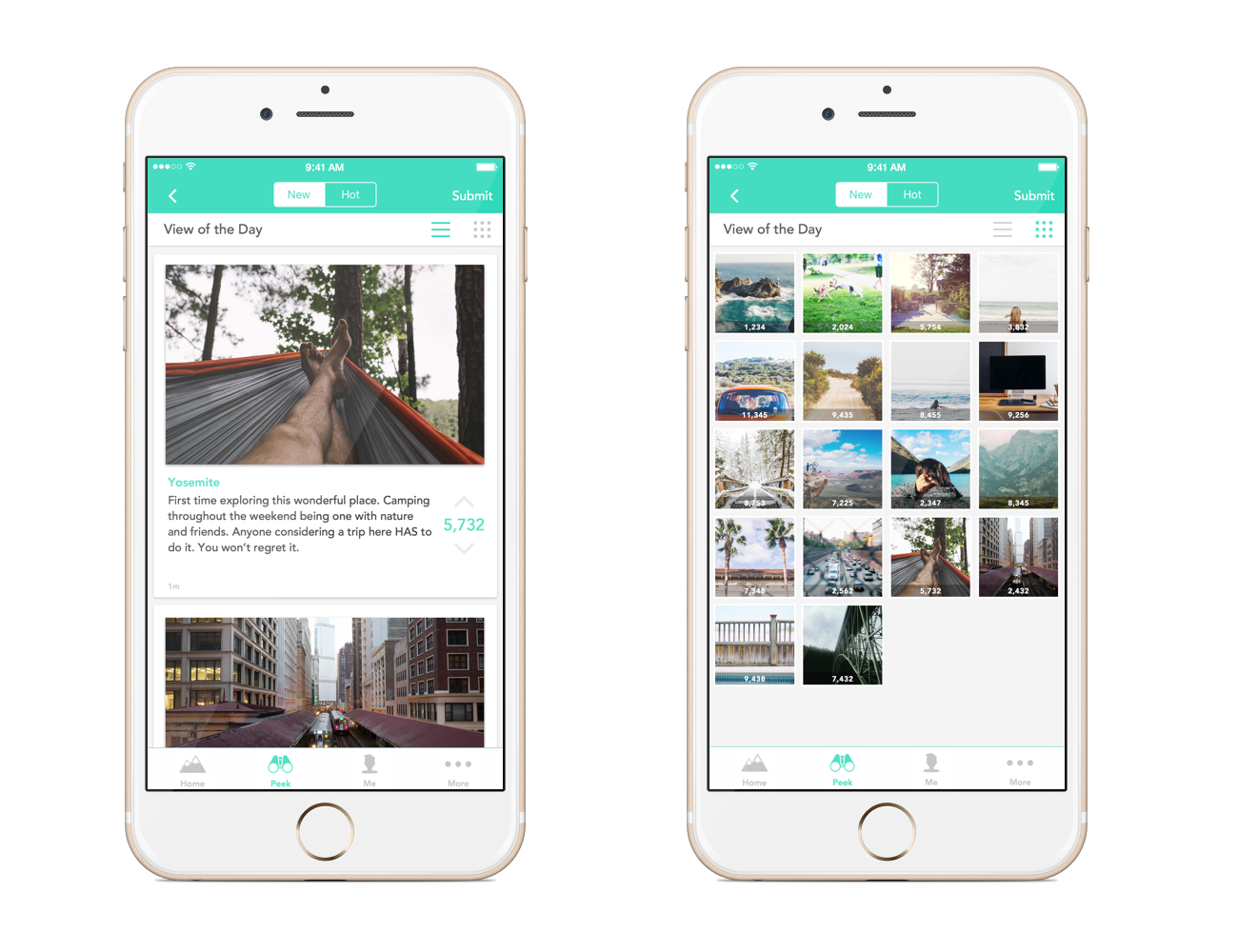 According to Yik Yak's official announcement:

"We're moderating photos before they appear in your feed, and there are a few guidelines to keep in mind - no inappropriate photos (anything you wouldn't send to your mother), illegal content, or faces will be allowed in local feeds. However, we'll still let you show off a pic of you and your bestie in photo collections within the Explore section of Peek. So be the person your dog thinks you are and only submit the good stuff."

It seems somewhat ambitious, but it appears Yik Yak is planning to moderate the many yaks that are submitted each day in order to uphold their guidelines, rather than relying on an algorithm or automatic detection functionality alone. Given that there are more than 15,000 yaks sent everyday, that's quite the undertaking, though along with the aforementioned issues the app has had in relation to bullying, it could be that that level of moderation is required to maximize the potential of the app - Yik Yak's target audience is college students, and colleges could easily look to ban the app if the complaints become too much. Maybe, that extra level of supervision is a necessary requirement of the Yak process. 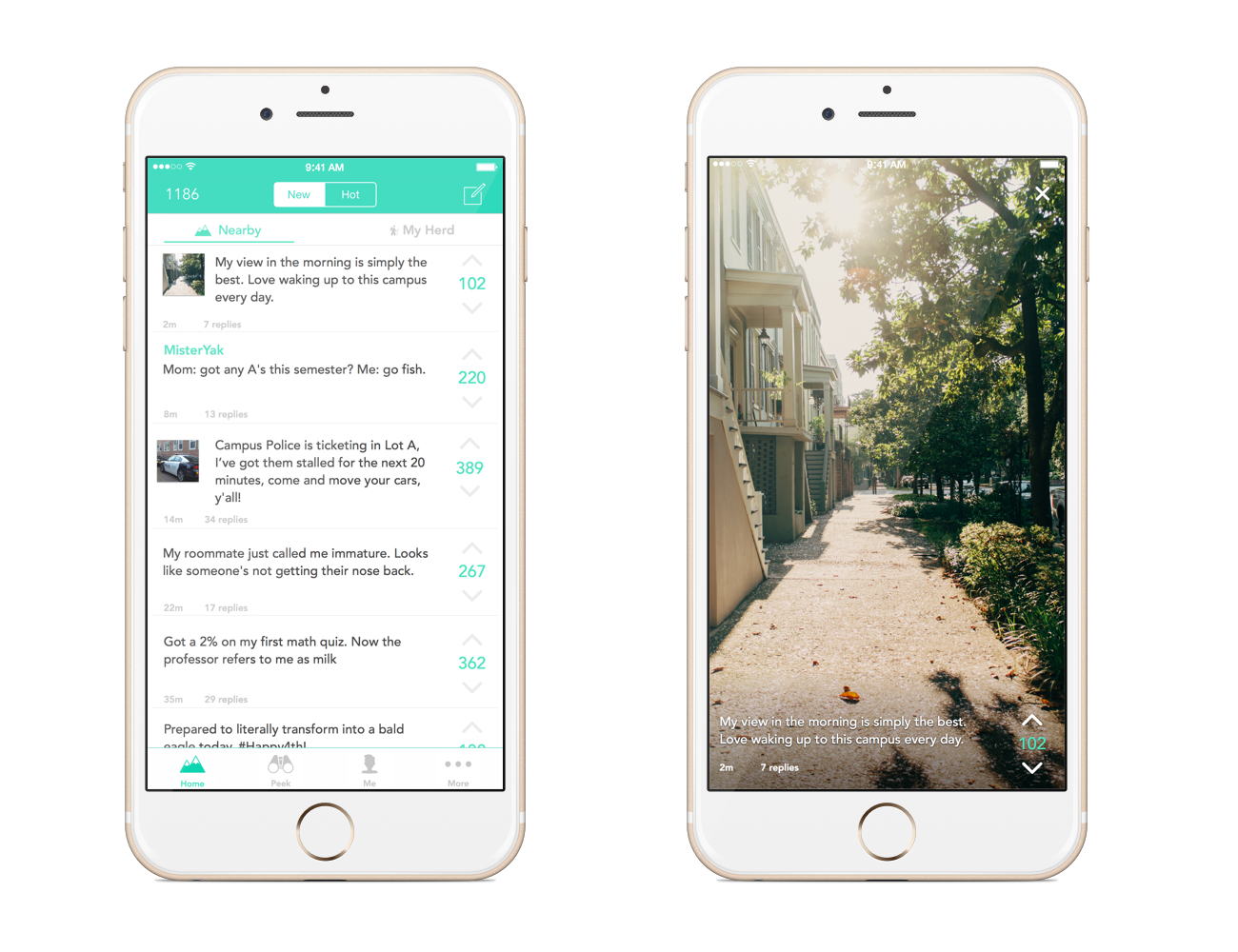 In initial testing of the new feature, Yik Yak's regulations for photos stated:

So it's possible that there'll be a moderation delay on posts, and forcing users to take photos from within the app will alleviate some concerns about inappropriate content. However it's policed, the new photo functionality on Yik Yak will certainly add a new element to the sharing process and attract more attention for the app.

While the utility of Yik Yak seems somewhat limited, the app has clearly resonated amongst their target audience groups. Yik Yak has gone to great lengths to stamp out bullying and anti-social behavior on the app, setting up automated processes to detect such posts, and even enabling "geofences" around middle and high schools in the US to make it impossible to use Yik Yak on campus (the app's age requirement is 17+). Despite sparking the ire of some parent and school community groups, Yik Yak has been working to improve this aspect, along with the safety of it's community.

However you look at it, Yik Yak is clearly doing something right. As noted by Andrew Watts' in his post:

While it may seem limited, it's clear that Yik Yak has found a place within college communities, that there's a functional purpose it serves for those groups. And while Yik Yak is not moving towards monetization as yet, that time will come - Yik Yak is currently backed by $73.5 million in outside investment, funding that will enable them to work on building community and serving their users. But there will also be a need, at some point, to turn to advertising and other options to make money from the audience they've built. The app is currently valued at around $400 million and they'll be hoping the addition of photos can further cement it's position within college communications and interactions, making it a must have app amongst student bodies. If it can reach that level of essentiality, then the monetization aspect should be relatively easy. Dismiss it if you want, but there's growing opportunity in the Yak. Turn your back on it, and you may feel its horns in the end.