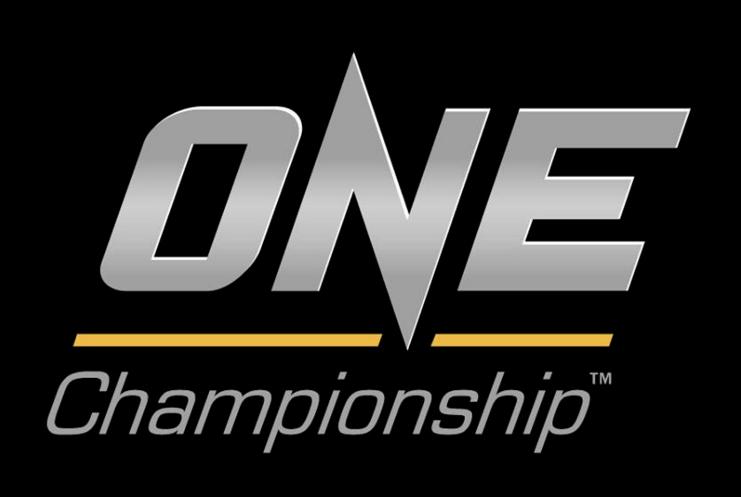 An interesting case-study has been published over on the Facebook Media Blog looking at how Asian mixed martial arts giant ONE Championship recently used the platform to double its pay-per-view sales. That's right - double. And even if MMA isn't your thing, there's still some valuable Facebook marketing lessons to be learned from their efforts.

For context, ONE Championship is the biggest sports media property in Asia, hosting MMA events across the region with a mix of local and international talent. The brand has close to two million Likes on Facebook and their events are broadcast to more than 75 nations, and more than a billion homes, across the world through distribution deals with Fox and Star Sports. While it may not be as well known as the UFC, ONE Championship is a big deal, and doubling their PPV sales is no small feat.

Here's how they did it.

Utilizing their expanding Facebook fan base, ONE went looking for a new promotional strategy ahead of their May 2015 event, title 'Warrior's Quest'. What they came up with was an innovative plan to live-stream full fights direct to Facebook.

BREAKING NEWSFor the first time, ONE Championship will be streaming the PRELIMS (4 bouts) of ONE: WARRIOR'S QUEST...

Rather than the main event, ONE streamed the preliminary rounds on Facebook, which, as you can see by the numbers on the above post, generated a heap of attention on the platform. In reaching fans by airing the preliminary rounds, ONE then used that as a platform to get viewers to opt-in to the main event, with a virtual ticket being offered at the conclusion of each bout. 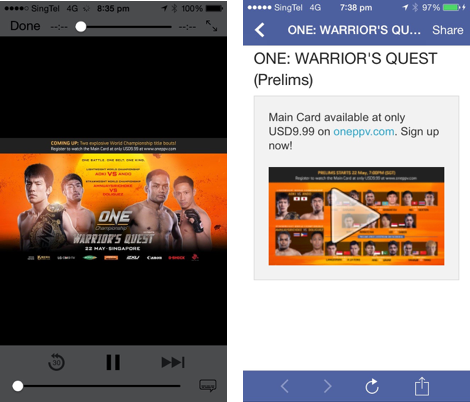 The strategy is the definition of content marketing - you get the audience's attention and win their trust by providing them with great content, and then, eventually, you ask for their business in a non-intrusive way - it's what Gary Vaynerchuck would call the 'Jab, Jab, Jab, Right Hook' method (which somehow fits even more perfectly in this context).

Further ramping up this strategy, ONE published short video stories about the fighters featured, and published the content direct to their Facebook Page.

UNCAGED: JADAMBAA VS GAFUROV (EPISODE 1) On 27 Sep, two warriors from dramatically different backgrounds will clash for the biggest title belt in Asia. Get your adrenaline pumping and heart racing as we take an in-depth look into the paths that have led Narantungalag Jadamba and Marat "Cobra" Gafurov to their historic showdown at ONE: ODYSSEY OF CHAMPIONS. WHOSE SIDE ARE YOU ON? WATCH LIVETickets: http://www.kiostix.com/tuk_kiostixevt/one-odyssey-of-champions/#ONEPPV: http://oneppv.com

Posted by ONE Championship on Sunday, September 13, 2015

Similar strategy is also being utilized by UFC, with a recent promo video telling the stories of both Holly Holms and Ronda Rousey and the battles they've faced in the lead-up to their upcoming bout - that video's had close to 2 million views on YouTube. By publishing this content direct to Facebook, however, ONE has clearly focused on building engagement amongst that community and generating reach to their huge, on-platform fan base.

Pushing this even further, the fighters themselves got involved in the comments sections on each post, further amplifying community engagement and reach. 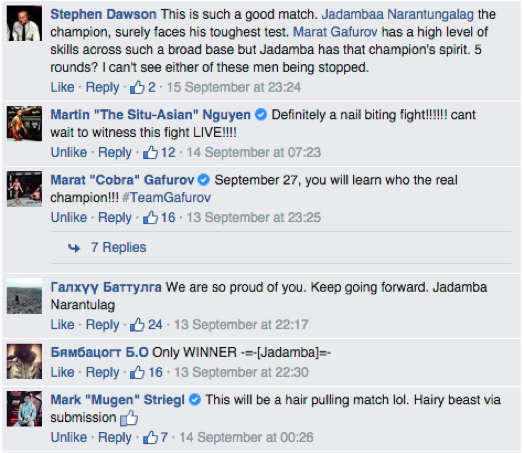 This, again, is an excellent strategy, building community engagement by actually engaging, by getting involved with fans. The most powerful element of social media is that it gives everyone a voice, a means to be heard. The brands that understand this, and subsequently hear those voices, will be best placed to capitalize on the marketing advantages the medium brings - and you do this by acknowledging, by engaging. Interactions like these can turn casual fans into subscribers, and subscribers into advocates. And what do advocates do? They comment more, they talk about the brand to their own social networks, actions that further expand the reach of your message. It's a simple strategy, but one which has proven to be valuable time and time again - engaging with your fans in a creative, community-driven way is a powerful opportunity, and one which shouldn't be ignored.

And the results of their efforts? 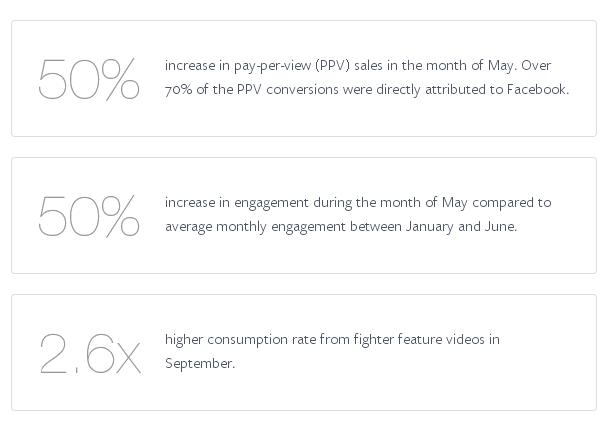 Difficult to argue with numbers like that. While many have lamented Facebook's organic reach declines and the 'bait and switch' tactics they feel The Social Network has used to get brands onto the platform, only to change the rules and make it harder to actually get fans to see your content, brands like ONE highlight that there are still ways to work within Facebook's system to generate amazing results. Now, of course, not all brands have major events to promote or an entertainment based product to get people in, but the lessons here are widely applicable, even if in different forms.

Deliver quality content to build community. The opportunities to sell will come, but your first focus should be on providing quality content that your audience wants to consume, material they're interested in and, ideally, will be compelled to discuss and share to boost your reach. It's interesting, too, in this context, to note how ONE has utilized new opportunities, like live-streaming video, to achieve this - brands should always be considering how new additions and tools can benefit their message.

Use storytelling to communicate your 'why'. It's one thing to say 'this is our product and it's great', it's another entirely to make an emotional connection and communicate with your fans. Emotional connections can be a big driver in the sales process - some studies even suggest that 90% of all purchasing decisions are made subconsciously. Brands and products that evoke out emotions always win out, and you can do that by telling your story, communicating the human side of what you do and why. It's a challenge, for sure, but it can be the thing that elevates you above the pack.

Engage with your community. People go to social media platforms to share their thoughts and opinions, and (unless it's a private conversation) they want to be heard. This is an important point to remember - acknowledgement, even in its most simplistic form, can be a huge driver and can significantly boost brand sentiment. Take the time to engage with your social media communities, respond to their questions, acknowledge their responses , get your high-profile or known representatives to participate where you can. Such efforts can deliver great outcomes when utilized well.