Facebook Eases the Pain of Breaking Up with New Tools

One of the things I'm most glad about, in regards to not growing up with social media in my younger years, is that I never had to deal with the pain of a break-up via social. I know how hard it would've been - it was bad enough having to see an ex-girlfriend at school or at a party, but having their new life plastered all over my News Feed - or having the irresistible ability to check in and see what their up to, via their social feeds - that would be difficult, and I feel for anyone who's ever had to deal with such an experience.

Facebook, too, knows this can be painful, and today, The Social Network has released a new set of tools to help users ease the transition out of a relationship. 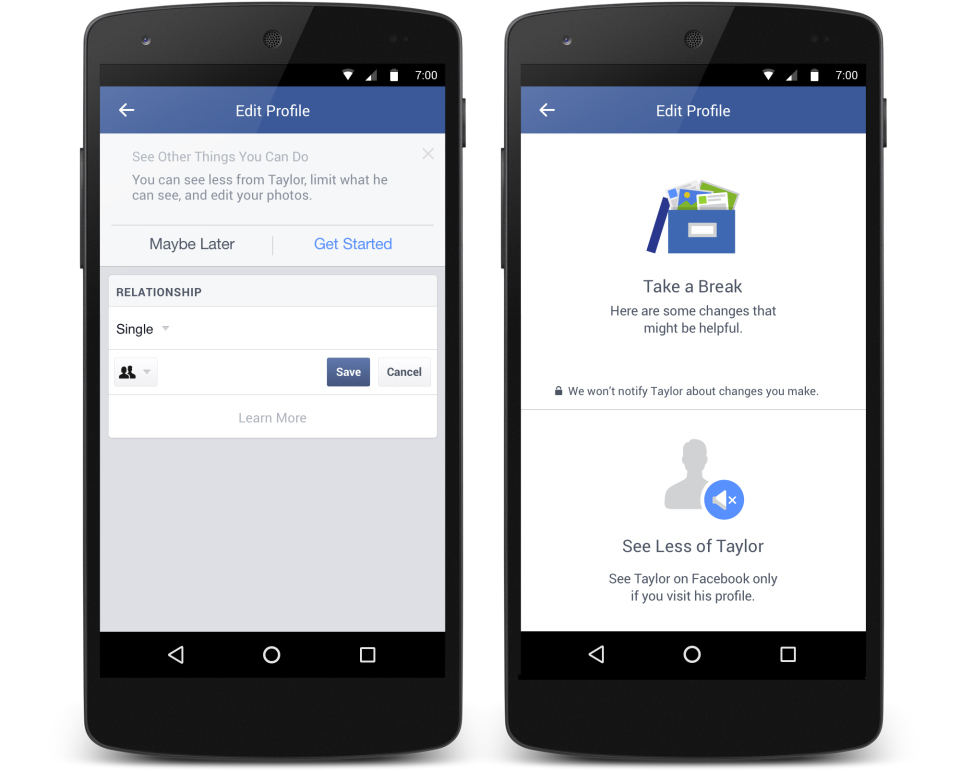 Under the new system - which is currently being tested among US mobile users - Facebook will prompt people who've changed their relationship status with options to also change their settings regarding the information they see about their ex-partner in their News Feed. The first tool offers users the option to restrict the amount of content they see from and about their former partner without having to unfriend or block them.

"Their posts won't show up in News Feed and their name won't be suggested when people write a new message or tag friends in photos." 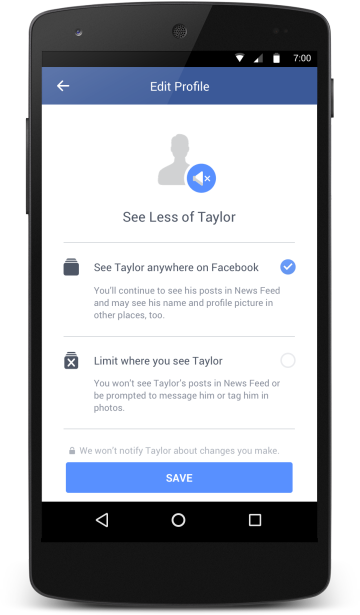 Another option enables users to restrict how much of their updates are shown to their former partner. 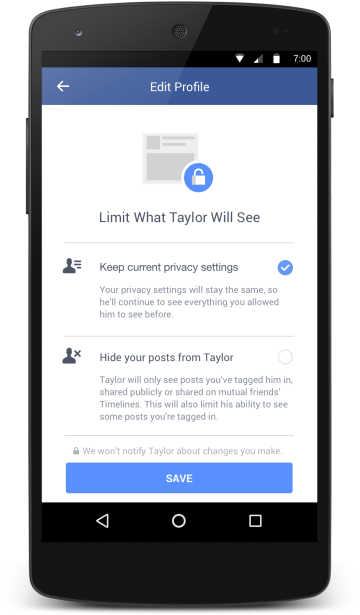 This gives the user the option of limiting their ex's exposure to their content, regardless of how they might feel at their end. A third tool gives users the option to edit who can see their past posts with a former partner, and untag themselves from posts with that person. 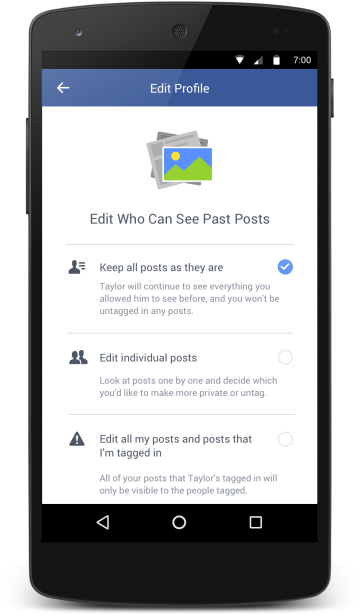 As you can see, the last option enables you to edit all of your posts in which you and your former partner are tagged to ensure they're only viewable by those also tagged in them, taking them off public display.

It's a helpful move by Facebook - no doubt many people have been inflicted further suffering, post-break-up, due to exposure to their ex-partner's Facebook posts, which, as research has shown, are likely not an accurate reflection of their real-life, highlighting only the positives. That exposure can lead to depression and other negative fall-out - in many cases, it's best to not have that access to give yourself a chance to either have a break or move on.

These new tools will make it easier to do just that, which will be largely beneficial for a great many users.