How Will Instagram's Feed Algorithm Work - And Should Brands be Concerned?

Since Instagram announced their plans to switch to an algorithm-defined timeline back in March, people have been freaking out. The announcement that the robots will be curating your timeline has spooked many Instagram users, particularly brands, many of whom have come to rely on the platform as a means for reaching their audience. If an algorithm comes in, that could mean brands get less reach - which is exactly what happened when Facebook switched over their News Feed to an algorithm. Understandably, those brands that have spent countless hours building their Instagram followings have concerns.

Those initial worries spilled over into a wave of largely misguided posts asking - really, begging - followers to switch on their notifications for the Instagram accounts they follow. 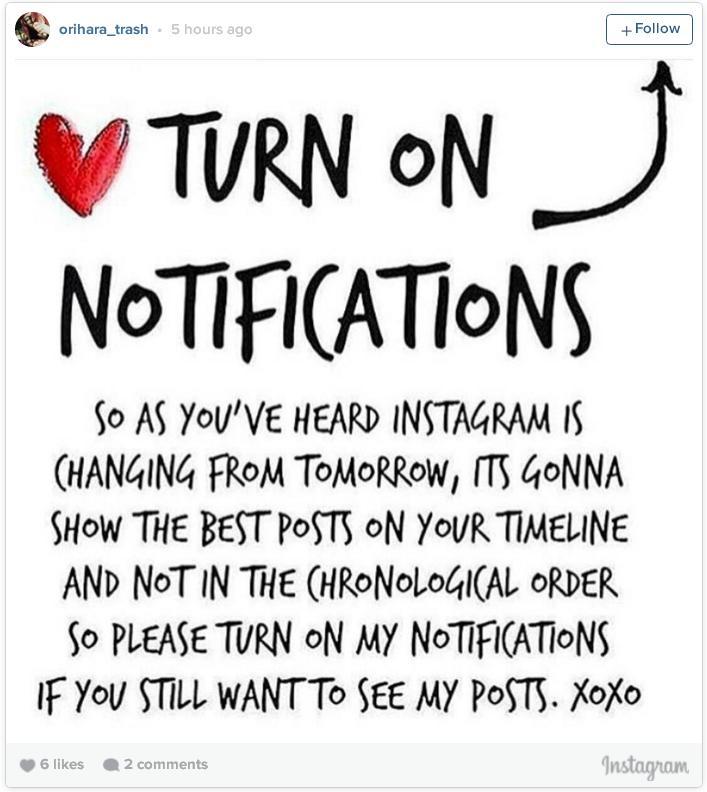 As we've noted before, this may not be the best strategy - as anyone who's switched on Instagram notifications for several accounts will know, those update messages can get pretty annoying, pretty fast, and if that happens, people will then look to reduce the amount of notifications they're getting by switching some off. And if your page happens to be one that gets switched off, that could count as a negative signal to the algorithm, which would then reduce your reach beyond just that person alone.

But of course, all of this is speculation - as Instagram noted in response to the flood of people asking their followers to switch on their notifications, they haven't even finalized how the algorithm will work yet, though they are working to an outline of what it will do.

Here's what Instagram told TechCrunch about how the algorithm will work:

"Performance or popularity is not what we're optimizing for. While we are using likes and comments as signals, timeliness and the relationship between the poster and the viewer are also important. We're not removing any posts from people's feeds, just reordering them. Moreover, as it stands, many people aren't seeing posts from accounts they care about (on average, an Instagrammer is missing 70% of his or her feed). Our goal is to help people see the posts they care about, including from brands."

To get a better idea of how Instagram's system will work, I looked back at some other Instagram innovations and updates to get an idea of just how big an influence Facebook's algorithm might have on the upcoming Instagram system. And while there are some significant differences to take into account between the workings of the two platforms, there are a few key notes we can derive from how Instagram operates, and what systems they currently use to define relevance which could signal how their algorithm will actually work.

The most likely indicator of how Instagram's algorithm will work is Instagram's recently updated search functionality. Around nine months ago now, Instagram re-vamped their on-platform discovery options, making it easier for users to find content around places, hashtags and concepts. Over on Instagram's engineering blog, the team who worked on the update detailed the complexities of the new system and how it works - and most importantly, how they'd migrated Instagram's search infrastructure from a system called 'Elasticsearch' over to Facebook's custom-built Unicorn back-end.

Unicorn's not a highly discussed element in Facebook's News Feed algorithm and how their system works, because it's all back-end, it's the system on which Facebook operates and which enables The Social Network to index the trillions of documents and data points in needs to facilitate the billions upon billions of requests being thrown at it by the platform's massive user base.

In basic terms, Unicorn is an indexing system that enables Facebook to search through all the links (or 'edges' in Facebook's own terminology) between individual users and entities on the platform to ensure that each person is seeing the content most relevant to them, either as defined by the News Feed algorithm or their own searches on the platform - of which, there are more than 1.5 billion conducted every day.

"The system serves tens of billions of nodes and trillions of edges at scale while accounting for per-edge privacy, and it must also support realtime updates for all edges and nodes while serving billions of daily queries at low latencies." 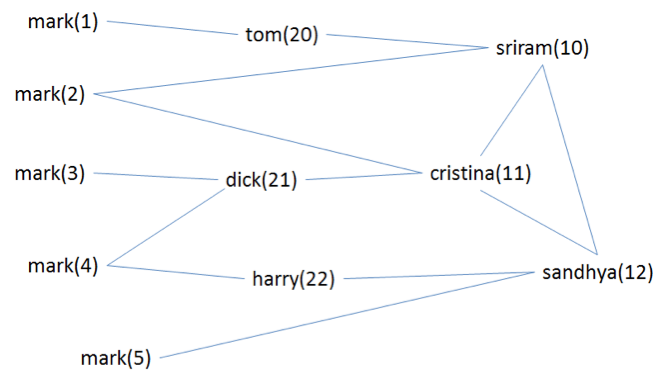 After initial migration of search over to Unicorn, Instagram saw a 12% jump in search use, reflective of the capacity of Unicorn to provide better systems for more contextual matching and relevance - as noted by Instagram:

"These gains have come in part from leveraging Unicorn's ability to rank queries using social features and second-order connections. By indexing every part of the Instagram graph, we powered the ability to search for anything you want - people, places, hashtags, media - faster and more easily as part of the new Search and Explore experience in our 7.0 update."

Via the Unicorn system, Instagram is able to use more data qualifers to structure their search - for example:

"After getting candidate documents [in response to a search], we look up features which encode metadata about a document. For example, one feature for the user justinbieber would be his number of followers (32.3MM). These features are used to compute a "goodness" score, which is used to order the candidates. The "goodness" score can be either machine learned or hand-tuned - in the machine learning case, we may engineer features that discriminate for clicks or follows to a given candidate."

In essence, Instagram's already Facebook's data structure, so the transferral of that into their algorithm makes perfect sense - but there are some specific details and differences that will make Instagram's algorithm a different project, and will alter their way the feed algorithm operates as a result.

For one, Facebook friending is always reciprocal - you have to send a friend request and have it approved before you can see each others' content. This is not the case on Instagram, where you can follow a heap of different profiles without them following you, and this changes the indexing process considerably. Wheeras on Facebook those personal connections are likely to rank higher because they're people you know and care about, on Instagram it's all about the content, which should actually work in favor of brands when it comes to the algorithm's ranking.

And that's the other notable difference - while Facebook has Pages which operate separately from personal profiles, Instagram doesn't (yet), so all the content is assessed equally. That's not to say that that isn't the case on Facebook as well, but as noted, those personal connections come with different qualifiers for Unicorn to consider when weighting the relevance of each post - Facebook can assume you're going to want to see content from your relatives and friends, and you'll tell the algorithm you don't, case-by-case. This means the lack of those additional measures should make the weighting more favorable to brand profiles on Instagram.

Given this, there's no need for brands to freak out, necessarily - Instagram's algorithm will be structured primarily around the content you're interacting with based on the data it has on your usage patterns. And given that most people's Instagram communities are less aligned with family ties and relationships, this should actually be a good thing for businesses.

While it's impossible to say, exactly, how Instagram's algorithm will work, the inner workings of the current Instagram system are our best indicator for how the platform defines content relevance and how they're likely to rank the most important matches for each user. There's a lot of technical data and info in the back-end system, but the basics of the current Instagram ranking system, as it relates to search, are not defined by noted relationships (as they can't be) and are defined by your engagement with on-platform content. Just as Facebook's algorithm ranks each update in relation to its relevance to you, Instagram will rank content based on your interactions with other accounts in order to ensure you're seeing more of the posts that you're engaging with.

In that, some brands could see a reduction in reach - the only way around it will be to deliver more content of relevance, and interest, to your target audience. But the data suggests that Instagram's algorithm, when it does arrive, should be more favourable to brand content than Facebook's infamous News Feed.