Facebook recently hosted the 'Machine Learning @ Scale' event, which brought together some of the smartest minds in machine learning and artificial intelligence to discuss the latest discoveries and technical innovations which will enable them to advance their processes.

Lucky for you, I watched all the presentations, saving you from having to sit through all the technical detail - and while I can't give you the same amount of insight the experts at Scale provided (you can watch the videos of each presentation here if you like), I can give you a rundown of the more interesting elements, the most interesting of which, at least from a social media marketing perspective, came from Thomas Dimson of Instagram, who explained the process of designing and implementing Instagram's feed algorithm.

Essentially, Dimson's presentation is about the challenges they faced when rolling out the new algorithm at scale, but as part of that, Dimson also notes all the crucial metrics of how Instagram defines relevance, the measures which dictate how content is ordered in the feed. 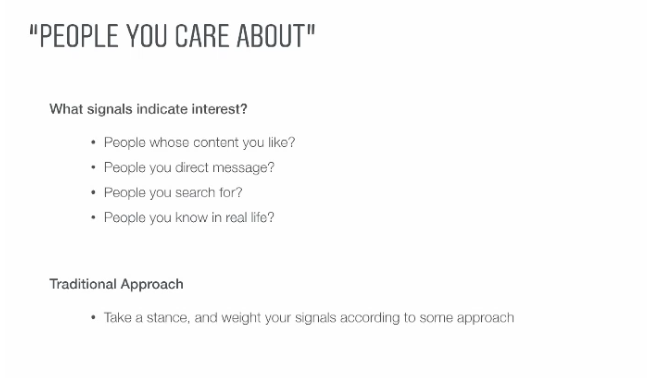 As you can see here, the key measures they use (or considered using) to determine relevance and decide which posts show up higher in your Instagram feed are:

Now, how exactly each of these elements might be weighted is hard to say, but these are the measures Instagram initially considered in their testing, which means they're also very likely the same measures they use now.

Dimson does note that they haven't necessarily weighted any of these elements at all, but they've instead focused on engagement, and using any engagement as an indicator, but it's interesting to note the various ways in which that engagement can be measured, which could then result in certain posts by certain people appearing higher in your Instagram feed.

Dimson also provides a fairly clarified explanation for how social platform algorithms work, and why they're required, noting that algorithms help networks deal with 'a problem of success' - that being that they become too popular, and there's too much activity happening for users to find all the most relevant content on their own.

Dimson says that in their research, they found that Instagram users weren't seeing around 70% of the content matched to them in the chronological feed. The solution to this, according to Dimson, is to either get people to follow fewer users, ensuring they always see the content most relevant to them, or to implement an algorithm to highlight the content they're most likely to engage with, based on the aforementioned factors.

The first option isn't feasible, so Instagram tested the second, and they saw significant increases in all key metrics when the new system was rolled out to a small percentage of users. 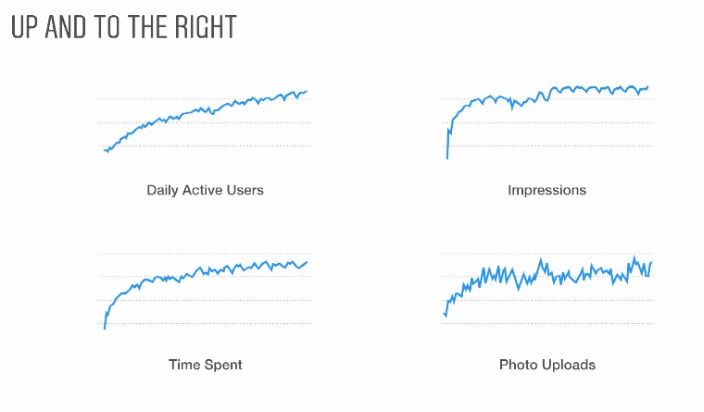 Dimson notes that the only metric which went down was the amount of searches users were conducting, which they actually saw as a good thing as it showed people were finding more of what they wanted for without having to seek it out themselves.

Also interesting, Dimson says that they went from prototype to roll out very fast with the Instagram algorithm.

Those efforts have obviously paid off - the platform added 100 million extra new users in the second half of 2016, taking them to 600 million monthly actives, 400 million of whom now log in daily. The introduction of Instagram Stories also played a part, no doubt, but it's important to recognize the significance of the algorithm also in this context.

It's an interesting insight into the workings of Instagram's system - it doesn't provide all the answers, and the onus is still on you to create compelling content to inspire engagement and rank higher in people's feeds. But it does give you some idea of the various elements potentially at play (Instagram may, of course, have refined their system since their initial testing).