What do Bernie Sanders, the Super Bowl and Valentine's Day all have in common?

They were all among the most discussed topics across Facebook in February 2016. The Social Network has released its monthly record of the issues gaining the most traction among their user base, including conversation volume and demographic splits. And in what be be somewhat reflective of Mark Zuckerberg's recent comments about 'Love' being the most popular of their new Reactions, Valentine's Day was most talked about subject among US users. 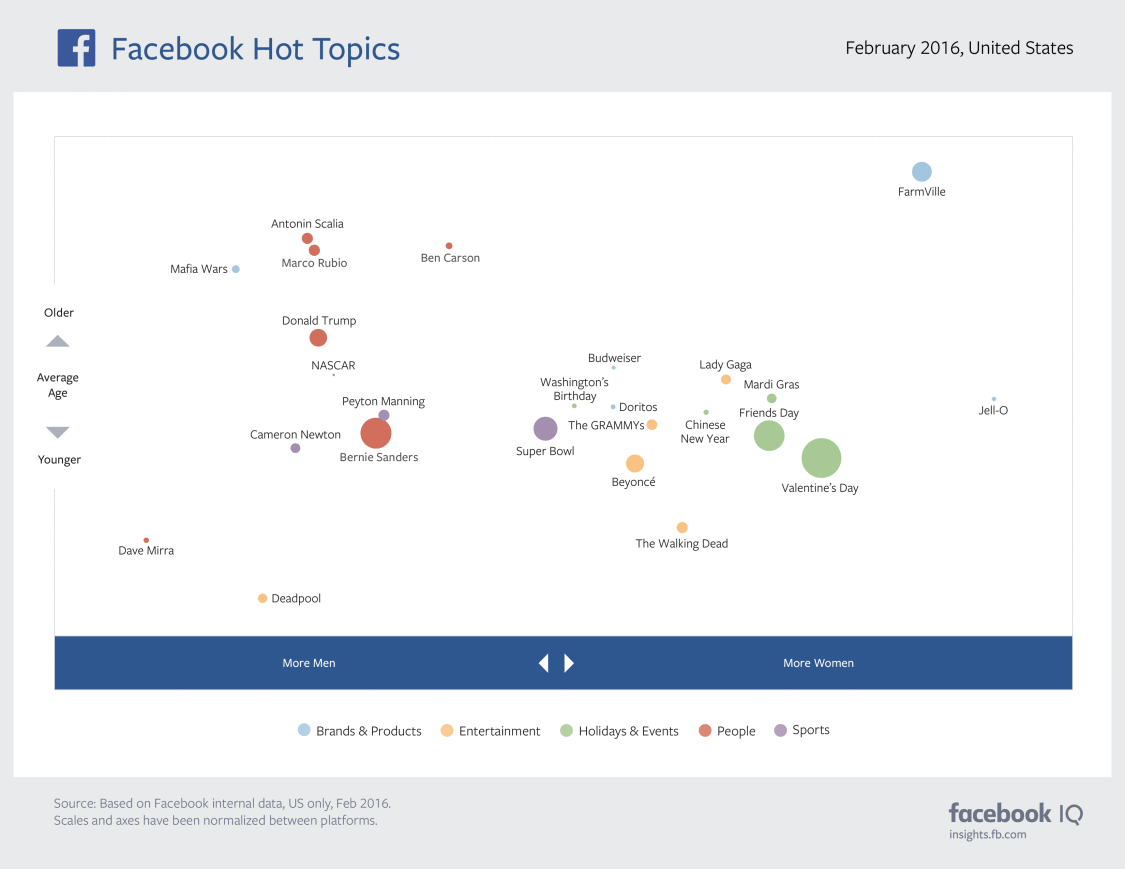 The Presidential race was also a popular topic of discussion, and given the huge amount of media coverage around Donald Trump, it's interesting to see Bernie Sanders leading the pack in terms of overall Facebook mentions. Interesting too - the conversation around Sanders for the month skewed towards younger males - a trend that probably makes logical sense, but may not have been as immediately obvious, based on the surface chatter alone. Sanders and Trump are also well ahead in overall Facebook discussion, with other candidates having a much lower share of voice across the network.

The Super Bowl was, unsurprisingly, another big focal point, with Beyonce also the most mentioned entertainer for the month. The popular Ryan Reynolds-lead film 'Deadpool' proved a hit with young men, while the new season of 'The Walking Dead' rated highly among younger women, another interesting and less intuitive data point.

Also, older ladies seem to be really into FarmVille right now. If you're marketing to this demographic, maybe a couple of in-app ads wouldn't go astray.

Facebook's also included (for only its second month) Instagram conversation data, showing the most mentioned topics across the visual platform for February - a listing that's significantly different from Facebook itself. 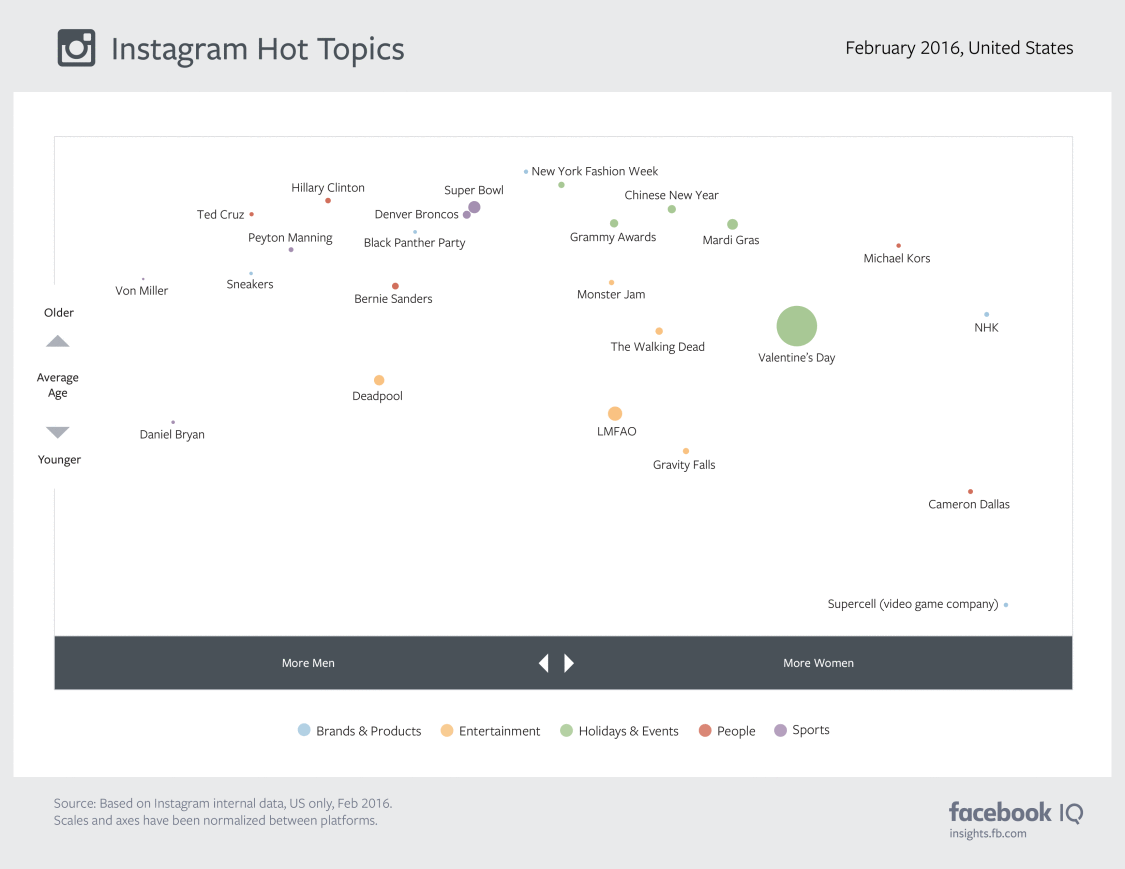 While Valentine's Day was clearly the dominant topic (as it was on Facebook), there's a wide diversity of topics outside of that, all of them taking up significantly less share of the overall discussion. That underlines what many would already know - Valentine's Day is big on visual platforms. If you're looking to market products based around this event, Instagram and Pinterest are where you want to be.

Super Bowl related topics also got some coverage on Instagram, as did the Presidential race and 'Deadpool'/'The Walking Dead', but outside of that, much of the Instagram topics of focus were different to those listed for Facebook. Interesting to see Supercell - the game company behind 'Clash of Clans' - rating high among young women on IG. Also LMFAO, right there in the middle. No lead in their Zeppelin, as they'd happily inform you. 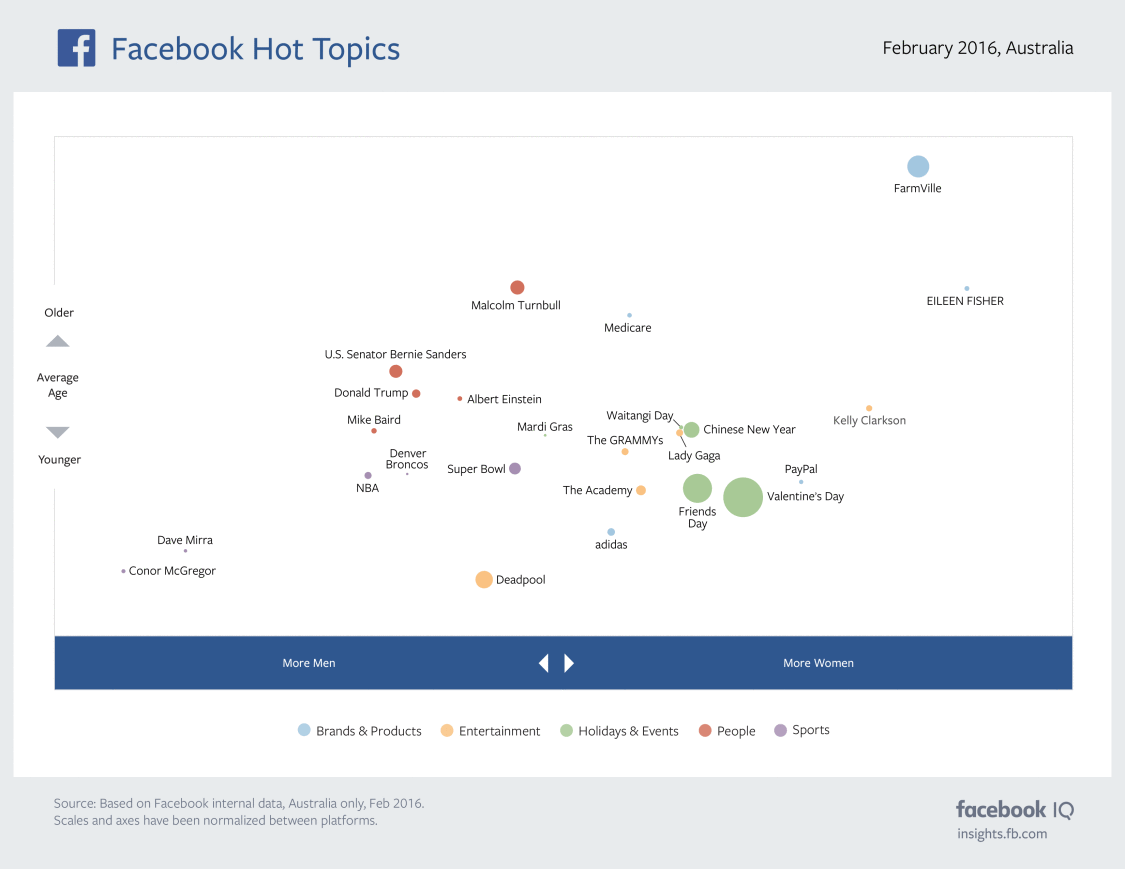 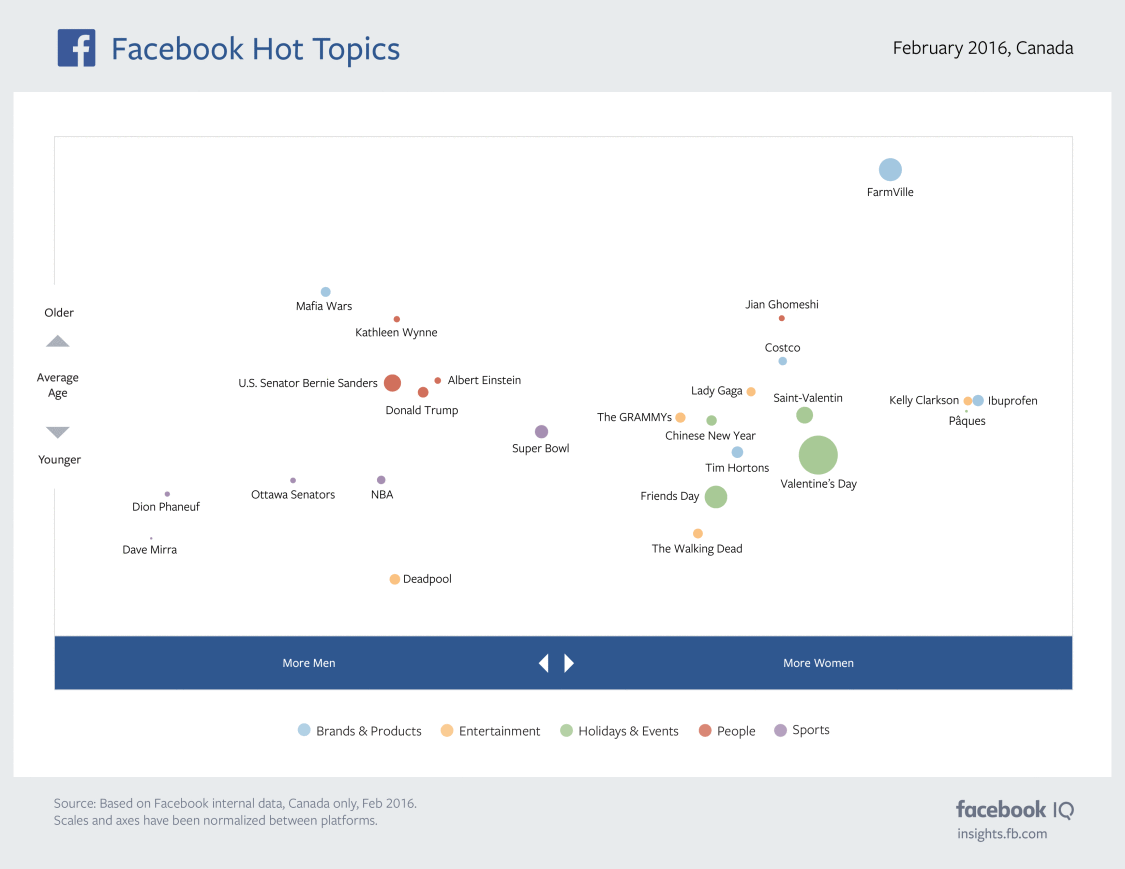 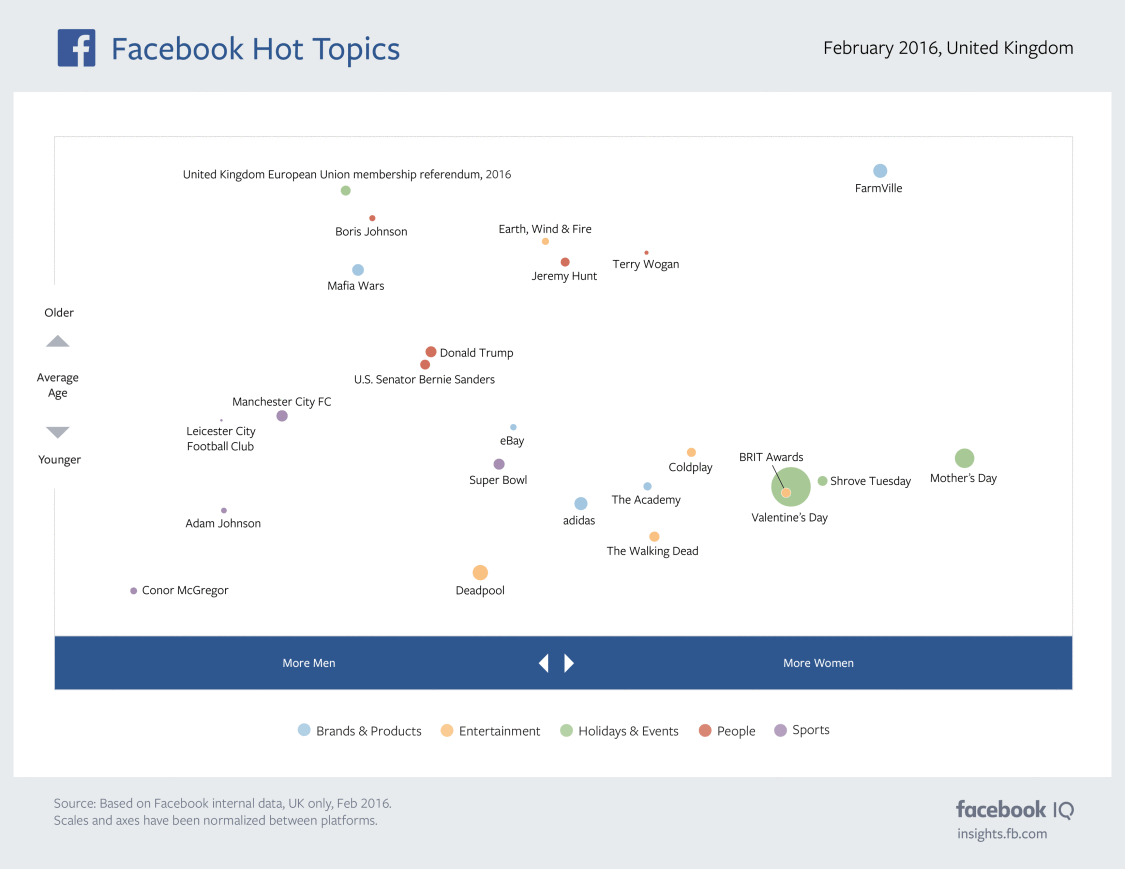 As always, the monthly hot topics reports are a great source of insight into what's resonating among Facebook and Instagram audiences and what topics are connecting in the various demographic sectors. Even if you're confident that you know your target market, that you're across what's working with them and what they're most interested, the reports are worth reading - either to assure you of your thinking or help you understand new ways to connect.

You can read the full Facebook Hot Topics reports for February here.