If you're not utilizing video on social these days, you're falling behind. Earlier this week, LinkedIn unveiled the first stage of their native video option, leaving only Pinterest among the major social platforms to not have its own native video tool.

That's about to change - in a blog post today, Pinterest Product Manager Steve Davis announced that the platform will soon be rolling out its own native video player.

Here's how it looks:

As with all social platforms, Pinterest has seen massive growth in video demand. As noted by Davis:

"In the last year alone, we've seen a 60% increase in videos on Pinterest, with workouts, home projects and hair & beauty tutorials topping the charts." 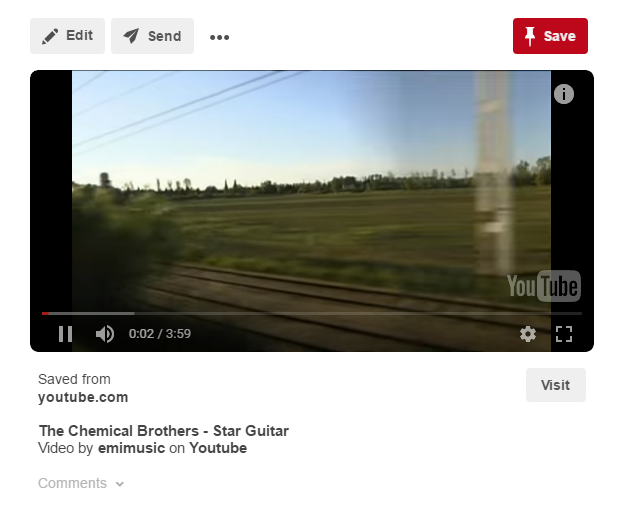 And that's functional enough, but as you can see from the example, the new native video option is more integrated into the actual Pinterest process, providing easier and more appealing ways to present video content on the platform. And they also, of course, keep more of your activity on Pinterest, as opposed to the platform working as a third party link provider.

Pinterest does also have Cinematic Pins which function kind of like video, in that they move as you scroll.

But they're more akin to GIFs than actual video - given the numbers noted above, it's clear that Pinterest needs its own native video option in order to meet user demand and provide more compelling options for advertisers.

In the announcement post, Davis also says that they're working on new personalized recommendation tools to help users discover videos they're interested in, while they're also developing additional video enhancements which will be rolled out over the next few months.

It's another step in Pinterest's journey towards maximizing the platform's monetization potential. Documents released last year showed that Pinterest aims to be generating around $2.8 billion in annual revenue by 2018, up from a reported $169 million they made in 2015. To achieve this, the Pinterest team has been busy adding a range of new features to up its e-commerce potential, including buyable pins, improved search and discovery features, an upgraded mobile app and new remarketing and custom audience ad targeting tools.

Given the rise in video consumption, the addition makes sense, and will move the platform that little bit closer to their wider business goals.