Snapchat has announced a new set of features as the company looks to stand up in the face of rising competition from Facebook. The new options include unlimited Snap viewing time, emoji drawing and 'Magic Eraser' tools and video looping, while Snapchat's creative tools have also been shifted within the app.

Here's an overview of the key elements.

The biggest element of the update is the addition of 'limitless Snaps' which enable users to remove the 10 second max viewing time limit - as explained by Snapchat:

"We've all felt the frustration of not being able to fully enjoy a Snap - even after replaying it - and we wanted to give you the option of allowing the recipient to enjoy your Snap as long as they'd like. After your friend finishes viewing the Snap and taps to close it, it will delete as usual." 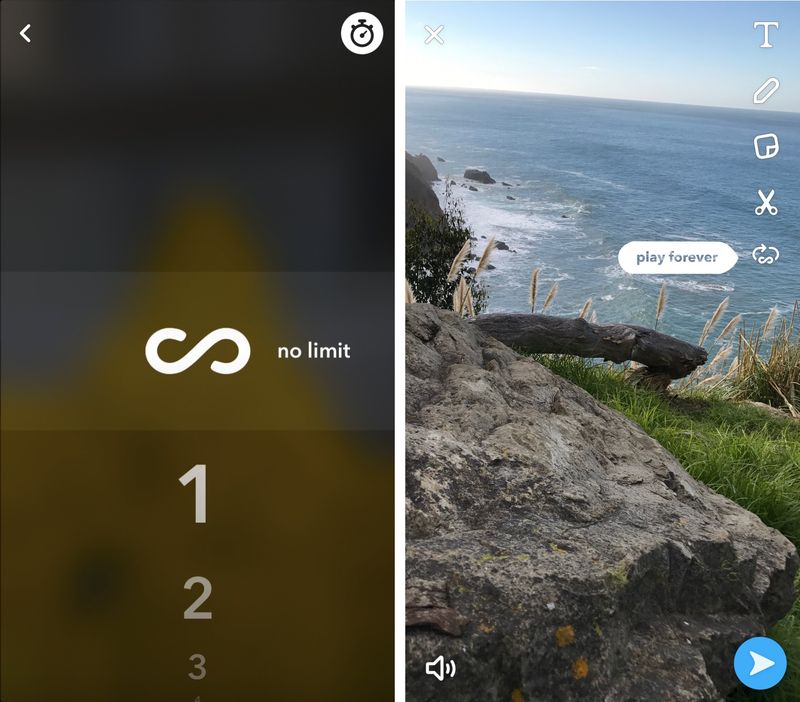 As you can see from the image, in addition to the normal time limitations for viewing your Snap, you can now also select the infinity loop, which means the recipient can check out your Snap as many times as they want. Once they close the Snap, however, it'll disappear as normal.

This is a significant shift for Snapchat, and could provide additional functionality for Snaps, particularly in a marketing sense. For example, you could send a user a unique code to use when making a purchase, and rather than them being restricted by a certain time limit, they could simply keep the Snap open and bring it in. And of course, you'll still be able to replay each Snap one time, which makes Snapchat's ephemeral content just that little bit less ephemeral.

But then again, they've been shifting away from the temporary nature of Snaps for some time, most notably through the addition of Memories back in July.

Snapchat's also giving users the option to loop their videos within a Snap, making them play over and over. Kind of like Instagram's Boomerang tool.

To make your videos play over and over, you record a video in Snapchat as normal, then click on the 'Loop' icon at the right of screen. 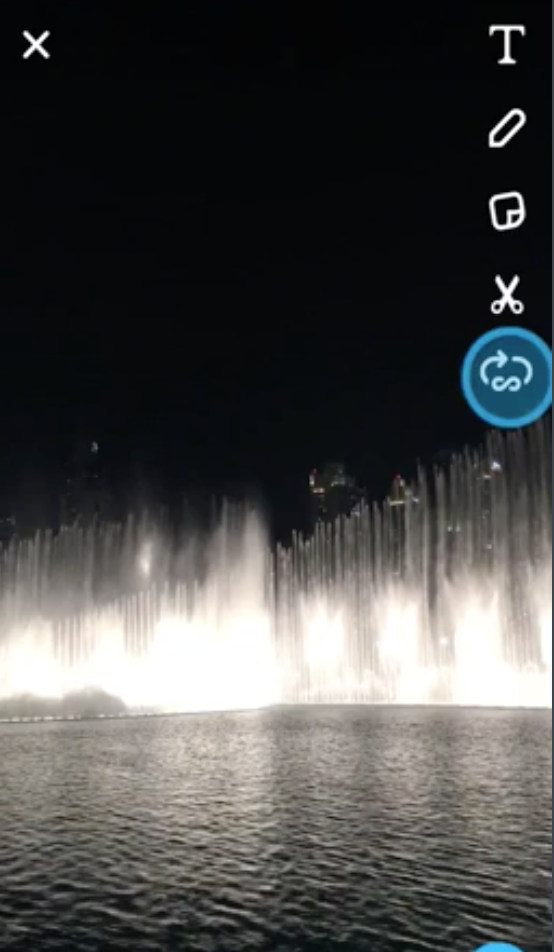 As noted, it's not entirely original, but it's another tool to consider in your Snap creation process, and could help create more engaging, eye-catching Snaps.

Last Christmas, Instagram released a new tool that enabled users to draw with a candy cane, adding a new effect to their Stories options. 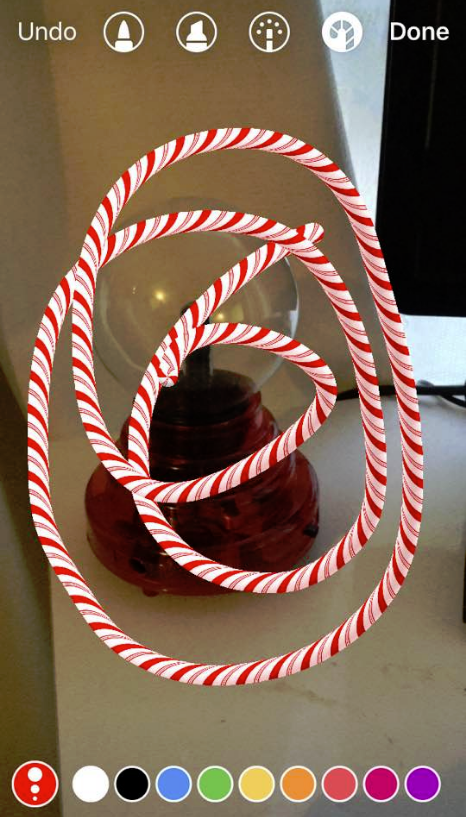 Snapchat's new emoji drawing option is somewhat similar - now, you can select an emoji as a brush and drag it around, leaving a trail of them across your image.

It's another interesting consideration, and one which many users have been doing by manually adding emojis anyway.

The last new tool is Snapchat's 'Magic Eraser' option, which is sort of an automated Photoshop-style editing tool. Now, if you want to remove something from one of your images, you can select the Magic Eraser and cut it out and the system will blur the surrounding image content to cover the gap.

Pretty cool, huh? Of the new updates, this is the most unique and innovative - read as: the most likely new feature for Instagram Stories in the coming weeks.

In order to accommodate these new tools (and coming additions), Snapchat's also moving their creative tools from the top of the screen to the right hand side - you can see the current layout on the left below. 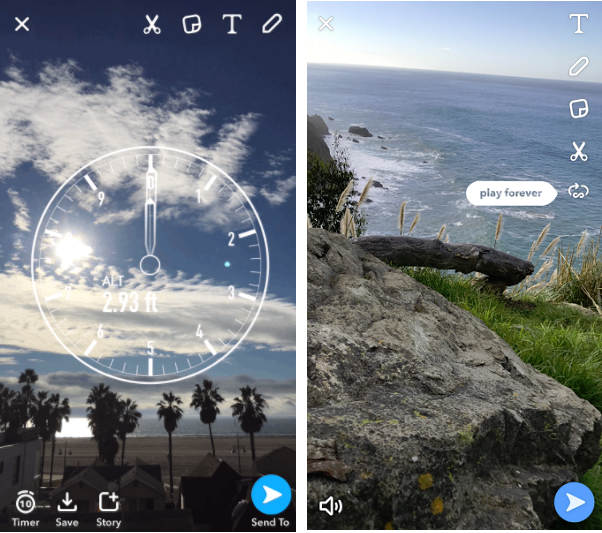 Listing the tools on the right of screen will give them a little more room to play with and make new options easier to access and add in.

These are some good creative updates for the app, and while, as noted, they do move a little further away from Snapchat's disappearing content roots, the app needs to evolve in order to stand up to rising competition from Facebook, which has more resources, more tools and more capacity to win out overall.

But Snapchat, historically, has shown that they have great audience understanding, and innate innovative capability - a trait they'll need to tap into to keep one step ahead of Facebook and their ever-expanding array of Snapchat-like clones.

This week's shaping up be a particularly big one for Snapchat's parent company, Snap Inc.

The company will host its first ever earning announcement, providing insight into their current status - and, importantly, the impact of Facebook's various efforts to curb their flagship app's growth. The speculation has been that Facebook - and Instagram Stories in particular - has significantly slowed Snapchat's momentum, with Snapchat's growth slowing by 82% after the arrival of Instagram Stories.

But there have also been positive signs - an App Annie report last week showed that Snapchat has been able to maintain its core user base, with many of these users not reachable on other apps, while a new report from TechCrunch shows that Snapchat's been able to hold its ground with key user groups in the face of Facebook's new options.

It'll very interesting to see what the data says - and how Snapchat spins it - in their 2017 Q1 announcement.

Snapchat's new creative tools are available in the latest version of the app.