One of the biggest drawcards for Snapchat is the app's exclusivity. While Twitter has struggled to explain itself, to make it easier for non-users to access the world of tweets, Snapchat's almost done the opposite, actively making it harder to connect with other users, with no search function or options available to locate those you might want to follow.

(As an aside, the subsequent growth of Snapchat and decline of Twitter would suggest that this type of user-friendliness is likely not as big issue in adoption as Twitter seems to believe.)

They added in Snapcodes back in January 2015, and subsequent updates have included features like the ability for publishers to "deep link" to their Snapchat content, making it easier for people to connect to it, thus improving the value of Snapchat exclusive material (which is pretty much everything published on the network). 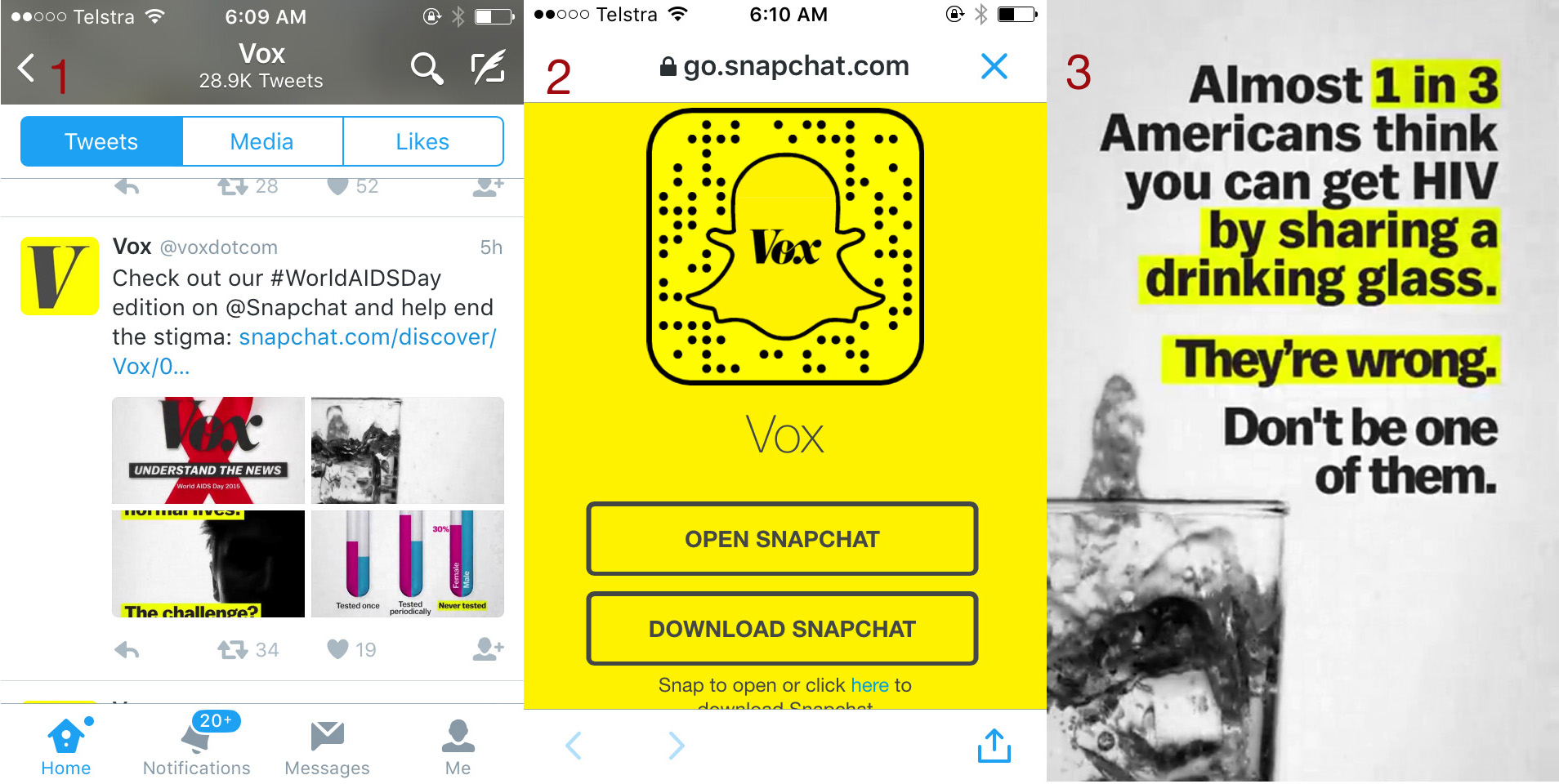 And while discovery still remains a challenge, the app's latest, small additions show that Snapchat is also softening on this front - which could be good, in that it could improve connection and engagement, or it could be bad, in that it may dilute that exclusivity.

On this front, Snapchat seems to be hedging their bets, introducing two new discovery tools but not announcing them, just rolling them out quietly.

The first addition, as reported by Mashable, makes it easier for users to add verified Snapchatters - essentially, celebrities.

"To add celebrity accounts, like The Tonight Show host Jimmy Fallon's, which are featured in Official Live Stories, simply tap on their username in the upper left-hand corner and you'll be prompted to add them to your friends list."

It's a simple and easy way for Snapchat to better connect people to popular accounts - as you can see on the subsequent Snap in the Live Story video above, non-celebrity users simply don't have their username displayed in the top left of screen.

There's obviously significant benefit to helping users connect with more relevant accounts, particularly celebrities, but as noted, Snapchat hasn't made any official announcement of this feature, though they have confirmed its existence and functionality.

The second update makes it easier to recommend and add friends.

As reported by TechCrunch, this discovery option was added as part of the recent 'Memories' update. With this new tool, you're able to recommend users for others to follow by forwarding the relevant profiles directly to them.

To do this, you go into your Stories list then tap and hold on someone's name. A new option will appear in the pop-up (as shown in the screenshot below). 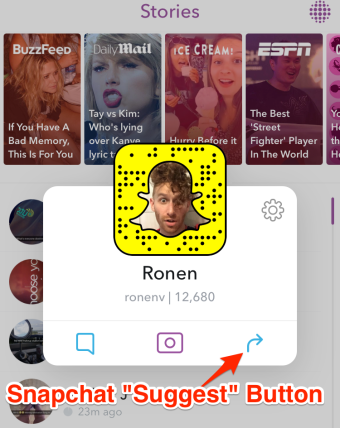 Tap on the blue arrow to the right and you're able to send that account to other users in your Snapchat network, which they'll receive as a private Chat message. 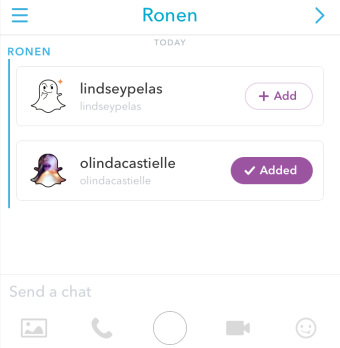 From there, the recipient can easily add the user and start following them.

It's a pretty minor, simple addition to generate more on-platform interaction, but again, as noted, Snapchat hasn't explicitly announced these new tools. As noted by Josh Constine on TechCrunch, Snapchat confirmed the new feature only after they inquired about it.

So will these small additions make much of a difference to Snapchat? Well that depends - building network connectivity is a great way to boost engagement, an area in which Snapchat's already doing pretty well (users are reportedly spending up to 30 mins per day, on average, in-app, while 60% of Snapchat users are also content creators). If people following more users, particularly celebrities, that'll no doubt bring more of them back more often to see what those influential users have posted next. But then again, it could also reduce the cool factor of Snapchat.

Right now, the app is really the domain of those in the know - those who understand the platform and its features love it, while those on the outside find it confusing. This is where it becomes a bit of a balancing act for Snapchat (and is likely why they've opted to not to make any big announcement of these functions) - in order to grow, Snapchat needs to continuously innovate and boost its appeal, and part of that will include ingratiating itself to non-users, which may mean making the app more accessible.

On the other hand, if you open it up and everyone suddenly "gets it", that could lead to an influx of new users and everyone from your Mum to your aunt could be jumping on board and sharing their latest Lens-enhanced photos. At some stage, that level of growth is probably inevitable if Snapchat wants to become one of the bigger players, but it's likely not a step they want to making too quickly.

But then again, Snapchat never makes much of a noise about their new additions, relying on user discovery and word-of-mouth to spread the message, which is actually probably a more effective marketing tactic for an app that relies on that exclusive approach. This way, the users feel like they've discovered something new and share it organically.

In this sense, it's kind of how Snapchat is looking to approach advertising more generally - through a product like branded Lenses, for example, they effectively turn users into advertisers by enabling them to create branded content, which is fun for them and beneficial for brands.

What will be interesting, however, will be seeing whether these additions lead to a marked increase in the average network size of each user on the platform. And while we don't have access to in-depth stats like this from the platform as yet, if, as expected, Snapchat does announce an IPO sometime soon, we could soon have significantly more data on this front.