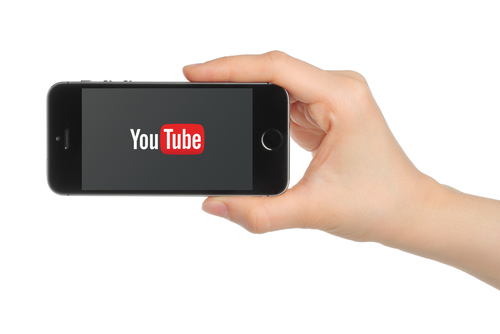 As first reported by Venture Beat, YouTube Connect will have much of the same functionality that users are already accustomed to in Periscope and Facebook Live, in regards to chat functionality and tagging. Users will be able to log into the app with their Google or YouTube account credentials and immediately begin a streaming video recording via their mobile device.

Videos will be viewable within the app itself and also on desktop via YouTube - content will be uploaded to each users' respective channel/s. Previous broadcasts will be stored, with users given the option on whether to save or discard their recordings upon completion. The report indicates that the app doesn't currently have any integration with Facebook or Twitter - which is not surprising considering it's essentially a competing product.

The app will also include a 'news feed' which will feature the latest clips from your friends or channels you've subscribed to on YouTube.

It's not surprising to see YouTube looking to make a bigger leap into live-streaming. YouTube's long been the king of online video, but the platform has been losing ground in recent times to both Facebook, which now claims to serve more than 8 billion video views per day, and Snapchat, which says it's also hitting 8 billion. And while the metrics behind those numbers vary (Snapchat, for example, counts a video view from the moment a Snap is opened), the over-arching narrative is that YouTube is losing out to its younger, more popular rivals. YouTube, for its part, says it reaches more than a third of all people on the internet who come to the platform to view 'hundreds of millions of hours' of content, generating 'billions of views'.

The move marks another step in the ongoing battle for internet dominance between Facebook and Google, with the latter being the seasoned champion, and the former shaping up as its biggest rival with social becoming increasingly important. The pair are competing on several fronts, from artificial intelligence to connecting the world to online ads. Given all the factors, seeing Google step in with a live-streaming competitor makes perfect, logical sense - the bigger concern now is for anyone else looking to compete in that market.

There's also the question of functionality - while Facebook Live is evolving, one of the common criticisms of the new service is that it's not as user-friendly as Periscope. Facebook's still building out the app and it's functionality, but YouTube will likely face similar scrutiny - and the company does have a history of creating inferior, clone-type products, ala Google+.

As of right now, the information is pretty thin, but the speculation is that YouTube Connect will look to launch before Google's I/O developer conference in May.

If you're a fan of live-streaming, get ready for a shake-up - the big players are looking to make their move.