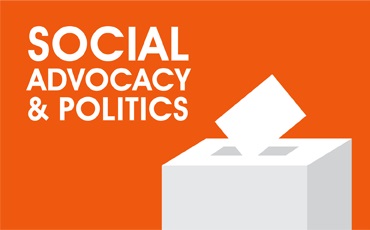 Since the birth of the public relations industry, placing stories in the media - otherwise known as earned media - has been a central focus of PR professionals and clients.

But the truth is, earned media is but one tool for achieving your strategic goals. With the rise of self-publishing platforms - your own website, blogs and social media - the opportunity to put your story out there in an unfiltered form is a persistent option, though there's been resistance to such self-publishing, especially among PR firms' clients. But times have changed and self-publishing can often provide a bigger impact than placing a story in the mainstream press.

When it comes to public relations strategy in the public affairs sector, the key strategic goals include:

Note that placing an op-ed or getting quoted in a news story is not among these goals. Doing these things is a means towards achieving one, some or all of these strategic goals. It is not a goal unto itself.

In other words, self-publishing should never be dismissed as less important out of hand.

When measuring the value of earned media, we can't simply look at the subscription data for the publication. Just because the New York Times has two million subscribers (and many more who read it for free), that doesn't mean that all those people will read your op-ed or see the story you pitched. It's doubtful that most subscribers read every story every day, and it's a certainty that free online readers read more than the specific stories that brought them to the website in the first place. In fact, we pretty much don't know how many people read specific stories in the news media at all - that information is kept private by the outlets for online stories and is non-existent for print and broadcast stories.

That's not to say placing earned media stories in the press has no value - far from it. Lots of people will read such stories, and even if they're not the exact people needed to read them, it all expands the reach of your message. And with larger publications, we also know that many prominent influencers and policymakers are more likely to read them, and there's a prestige associated with placing a story in a high-profile publication that provides additional cache.

But self-publishing is no longer the easy way out. These days, public affairs organizations are publishing enterprises unto themselves - even small organizations may boast many thousands of website readers, thousands more reading their blogs and many thousands more reading their social media channels. And the people that read these self-published pieces, in turn, have their own audiences, so when they share a self-published article, they push it out to many more people; potentially hundreds of thousands, or even millions. You can also tag specific policymakers or influencers in your social media promotion to increase your chances of getting their attention.

In addition to social media promotion and reach, if you self-publish on platforms like LinkedIn's Pulse or Medium.com, there's a chance that the editorial boards of those platforms may pick up your article and distribute it via alerts and newsletters to millions of users who are deemed likely to care about the topic. This adds an uber-earned media potential to self-published stories.

In essence, self-publishing today is not the lazy way out. If done correctly, self-publishing an article may yield many more readers - by multiple factors even - than an earned media hit. And given the technical capabilities of these self-publishing platforms, articles posted on them will be far more effectively targeted to the right audiences and we can know exactly how many people read them.

And if mobilization to action is among your goals, a self-published article can include links for readers to take immediate action. That will never happen in a story placed in news media outlet.

Overall, when it comes to earned media versus self-publishing for public affairs, it's entirely possible to get a greater impact toward your strategic goals by self-publishing than by placing stories in the news media.

The bottom line is that placing a story and self-publishing a story are each a step towards achieving your strategic goals. A truly cutting-edge public relations effort, therefore, should include BOTH earned media and self-published media, as long as in both cases effective follow-up activity is pursued.