In the past two years, Instagram has gone from strength to strength, amassing a billion active users and growing at the fastest rate of any of the major social platforms.

And with users now spending 53 minutes per day, on average, in the photo-sharing app, its impact on our day to day lives has been significant - and I don’t just mean the amount of people who refuse to take a bite of their meal until they’ve taken the perfect #brunchgoals picture.

Instagram has created sub-genres, businesses and careers, and has disrupted whole industries. In this post, we'll look at seven ways that Instagram has influenced modern behaviors, which is worth considering in your marketing and outreach process.

Instagram has received its fair share of criticism when it comes to affecting young people’s mental health. Some blame the amount of filtered, edited images, which present an unrealistic expectation of beauty - but there is also a flip side to this. In giving consumers such an accessible platform, a more diverse vision of beauty can also be shared.

People are no longer reliant on traditional media broadcasting a narrow definition of beauty. From users sharing their unfiltered pimples, stretch marks and scars, to the rise in plus size, trans and disabled influencers, efforts are being made via Instagram to break beauty taboos.

These diverse representations are growing on the platform, and building significant audience traction, causing brands to take note. 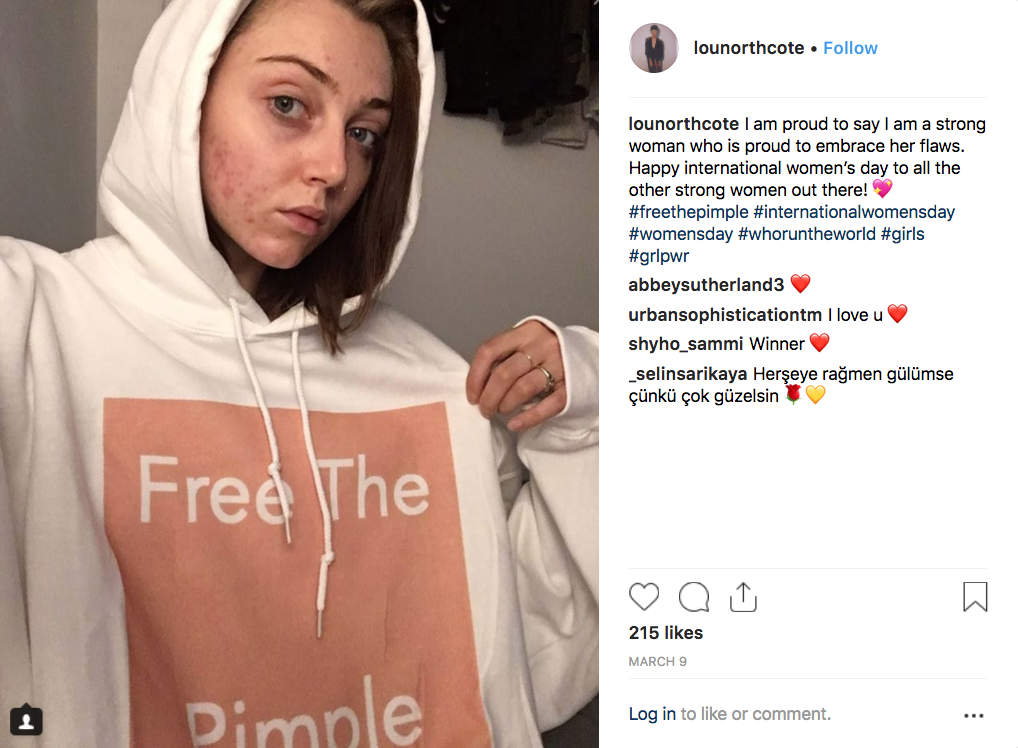 2. It's changed the way we travel

Instagram is a treasure trove for travel inspiration. Within the palm of our hand, we can see pictures of the most idyllic spots from around the world, and travel behaviors are changing as a result.

Whether it’s using the app to research the best places to go before we travel, or choosing a particular spot because we want to recreate a picture perfect post, ‘Insta-tourism’ is having an impact. According to research conducted by Facebook, 70% of travel enthusiasts (those using travel-related hashtags) use the platform to share their travel plans, while 67% use Instagram to find inspiration for new journeys.

Those trends are also being reflected in Insta-popular locations. In 2016, China opened the world’s highest and longest glass bottom bridge. It had to be closed just thirteen days later after thousands of tourists flocked to get their shot for the ‘gram.

The rise in Instagram-influenced travel has caused those in the tourism sector to re-think their strategies. Tourism Australia's official Instagram account (@australia) currently has more than 3.2m followers thanks to its stunning mix of commissioned photography, UGC and witty captions.

"We've seen that Instagram can play a role in people's decision-making process on where to travel. Places like Rottnest Island in Western Australia and the lavender farms in Tasmania have seen significant growth in visitation, partly as a result of their 'Instagramability'". 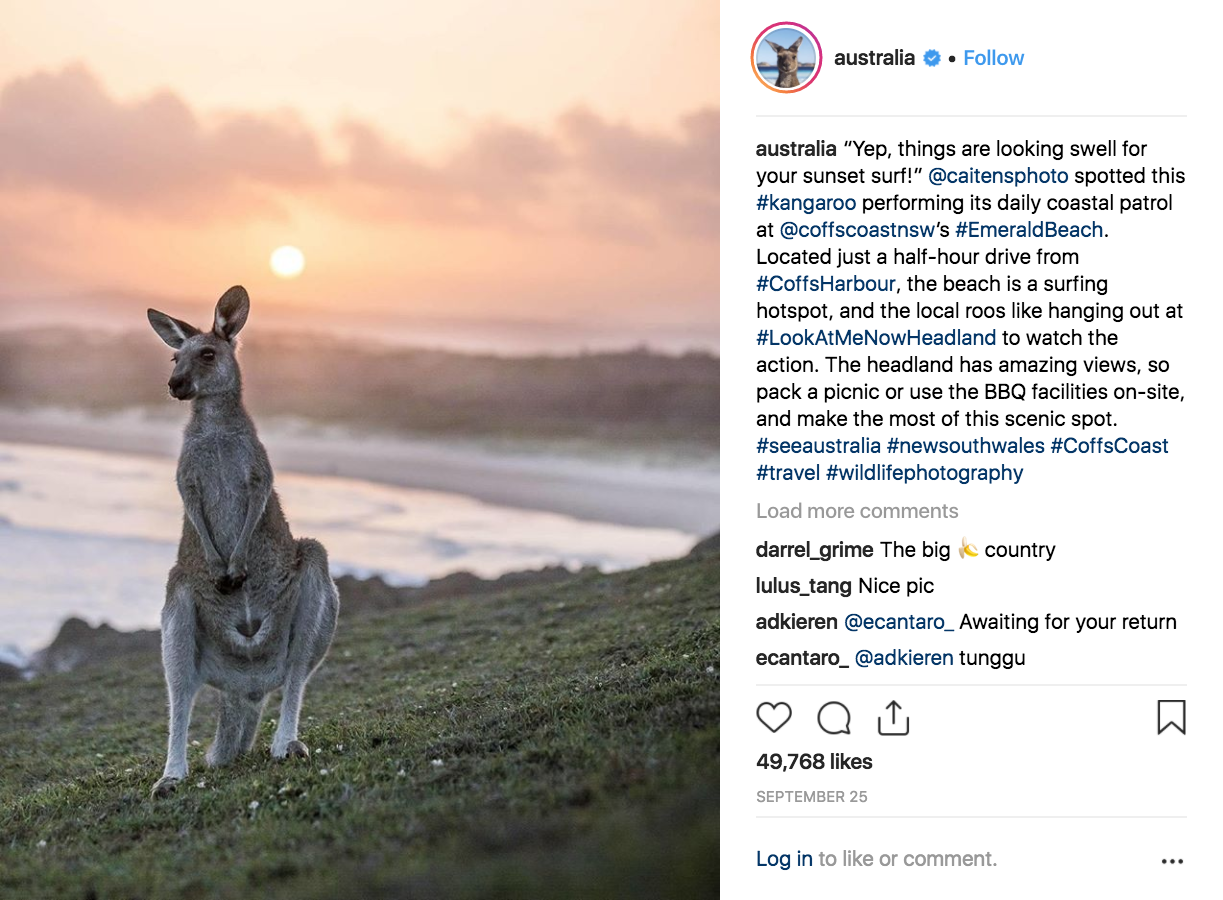 3. It's turned flat lays into a phenomenon

Still-life shots have always been popular, but Instagram has made the flat lay trend go mainstream.

A search of the #flatlay hashtag brings up more than five million results on the platform, and we’ve all become familiar with these artfully arranged, overhead product shots.

There's something about the simple and visually pleasing flat lay which really lends itself to an Instagram grid, its simplicity standing out in a sea of selfies. Now dedicated accounts like @flatlay and @flatlays share their favorites with thousands of flat lay-loving followers, and countless how-to articles provide tips on how to achieve the perfect shot. 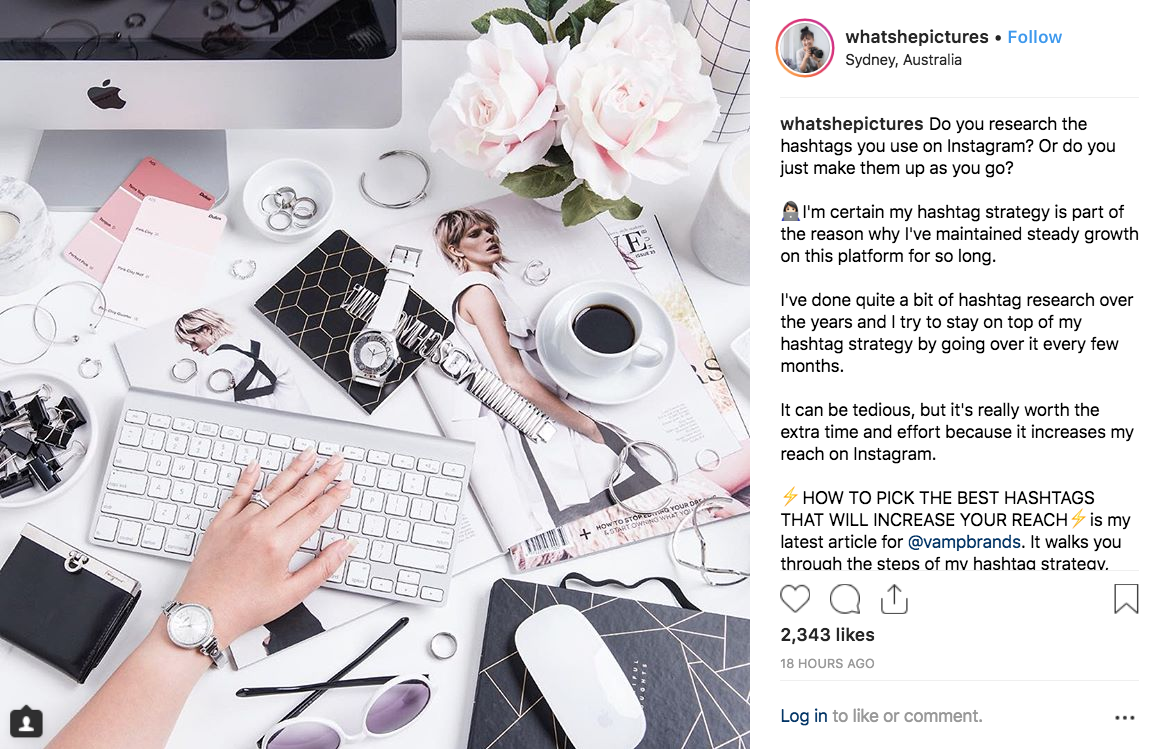 In London’s hip borough of Hackney, you’ll find Palm Vaults, a cafe which has fully grasped the benefit of providing maximum Instagram opportunity. Potted plants hang over marble tables, full of pastel-colored lattes and flower-topped granola. Its an influencer’s paradise and in attracting them, the business receives plenty of free advertising.

Other venues have followed suit, and while there are no official stats, I'd hazard a guess that the usage of neon signs, flower walls and pink plates in restaurants has risen considerably.

In general, the rule tends to be that the things that stand out succeed. Avocado on toast no longer makes the cut. Think Matcha lattes, charcoal activated croissants, acai bowls and rainbow bagels. 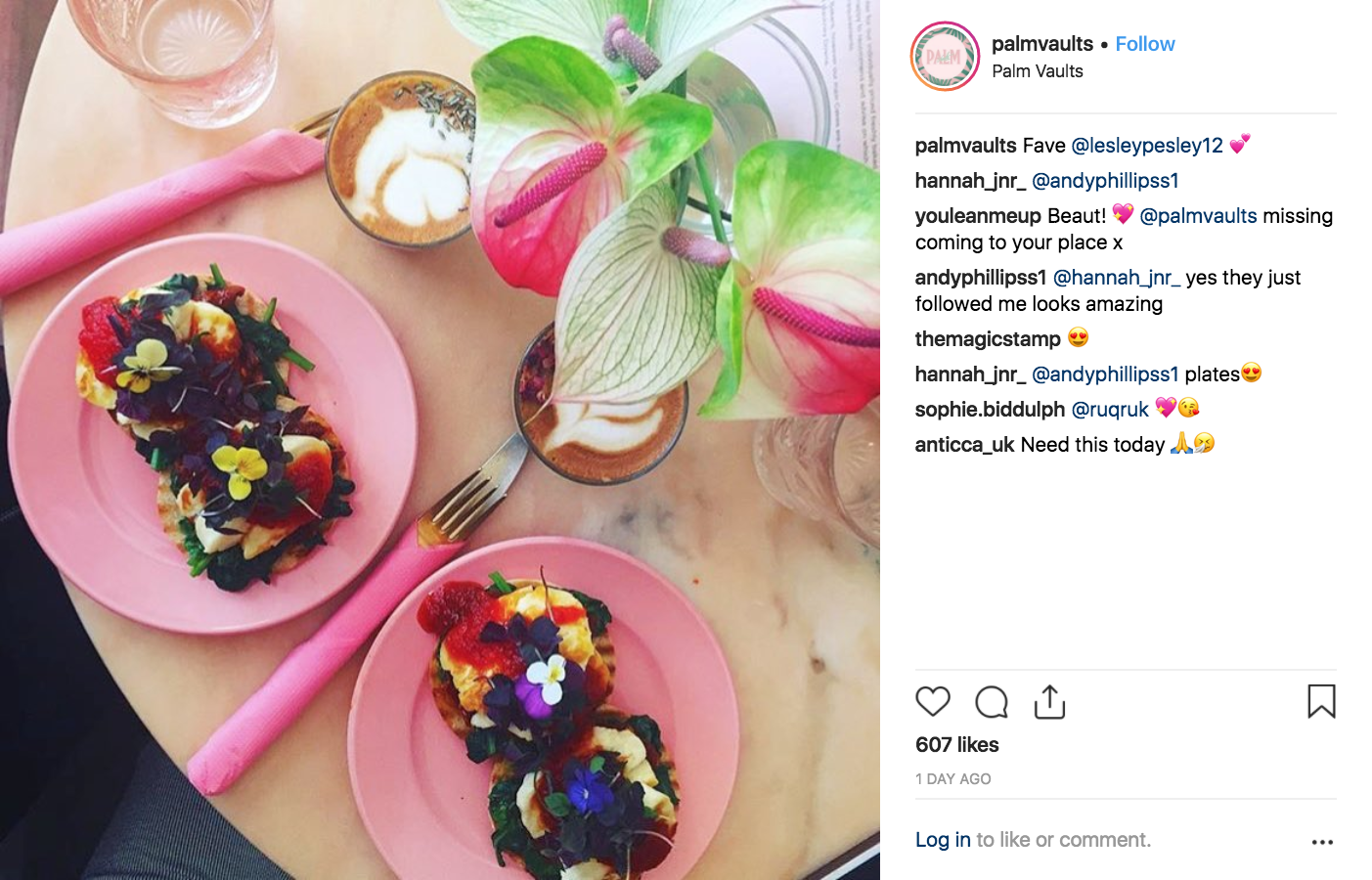 As brands have jumped on board the Instagram marketing bandwagon, there have been some standout success stories.

Some of the savviest early adopters have been able to create brands entirely on Instagram. Watch brand Daniel Wellington is a perfect example - they've used the platform to advertise their product, bypassing traditional advertising altogether. Its strategy of using its ad budget to gift watches to influencers has resulted in a flood of posts, and that hype has translated to sales, helping it become Europe’s fastest growing company between 2013 and 2015. 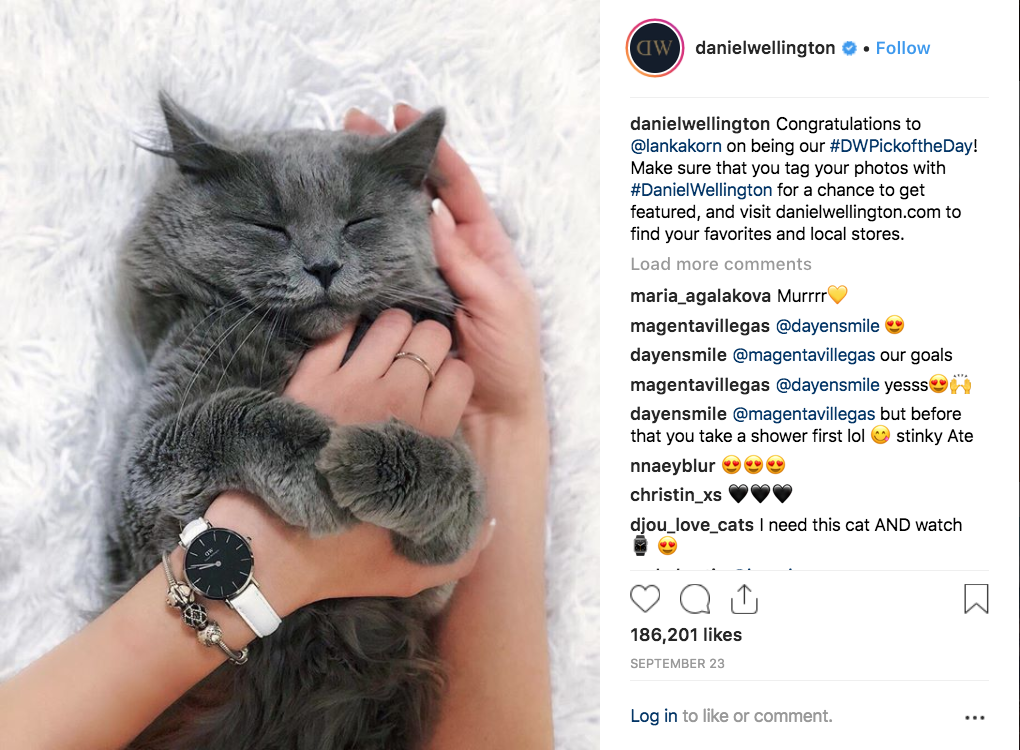 Frank Body is another example - the ground coffee body scrub maker has made strategic use of influencers in order to boost its presence, creating a buzz that turned into a $20 million global beauty brand.

“We really saw an opportunity to launch a great product through social media, with smaller barriers to entry than ever before. We wouldn't have the business we have today had it not been for our ability to leverage platforms like Instagram and Facebook.”

With an emphasis on all things visual, and direct access to millions, Instagram has also helped bring worthy causes to the fore.

Imagery is incredibly powerful, and many activists now use Instagram as a storytelling device to spread their message far and wide, inspiring others to get involved. It also gives influential individuals direct access to their followers to deliver undiluted messages of support - like Justin Beiber’s Insta announcement of his support for the #blacklivesmatter movement. 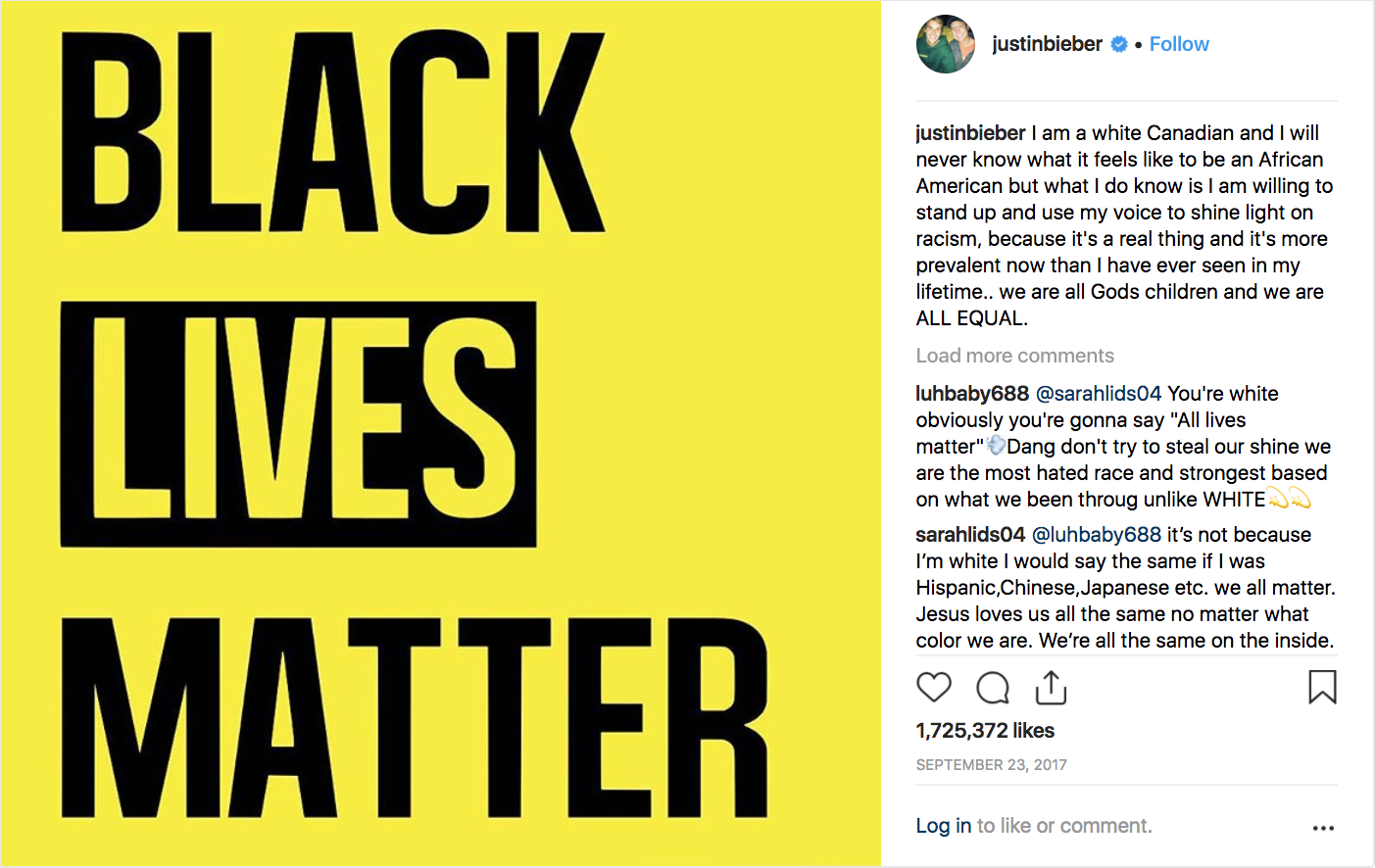 Through this awareness building, causes are finding that they're being discovered by new audiences. The #postboxselfie campaign was credited for mobilizing marriage equality voters in Australia last year. In sharing their voting moment, it was a fun and encouraging way to connect with a young audience who, despite supporting marriage equality, were thought to be reluctant to vote.

7. It's created a new breed of influencer

Bloggers were already popular in 2010, but Instagram gave them a platform to distribute short and sweet updates. With one image and a caption, they were able to make bite-size content which could be published more regularly for more frequent conversations with their followers.

Some used this to complement their blog content, some switched to Instagram completely, while others found social fame on Insta alone. The app has undoubtedly propelled the influencer movement, and turned some personalities into social celebrities.

Beauty influencer Huda Katta topped this year’s Instagram rich list. She has 27.7m followers and her own beauty line, 'Huda Beauty', which gives fans the opportunity to buy into her 'Insta-perfect' look with products like the #FauxFilter Foundation.

When fashion influencer Chiara Ferragni married earlier this year it was in a lavish ceremony, two haute couture Dior gowns, with a follow-up feature in Vogue. Even less established are now able to earn a living through brand collaborations on Instagram.

The next phase? Virtual influencers like Shudu Gram and Miquela Sousa, created digitally, who live on Instagram alone. 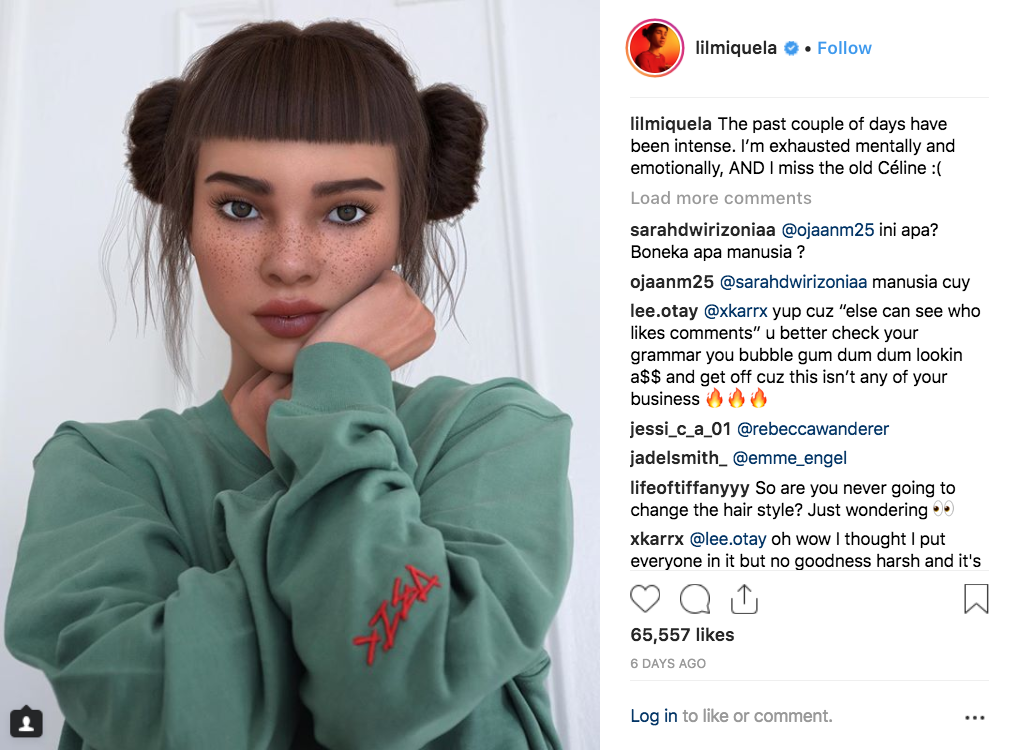 As you can see, there's a range of ways in which Instagram is influencing culture, and changing the way we communicate, discover and get involved in different elements. From a marketing perspective, it pays to have an understanding of these developments in order to better contextualize not only your Instagram strategy, but how Instagram's growth is changing consumption habits more broadly also.