9 Tactics to Sharpen Your Headlines

In May of this year I was lucky enough to participate in a conference in Copenhagen, which also featured one of the really smart folks over at the New York Times’s (NYT) Brand Studios – Lauren Reddy, Director of Audience Development & Insights.

And while listening to her presentation this gem of a takeaway popped up. 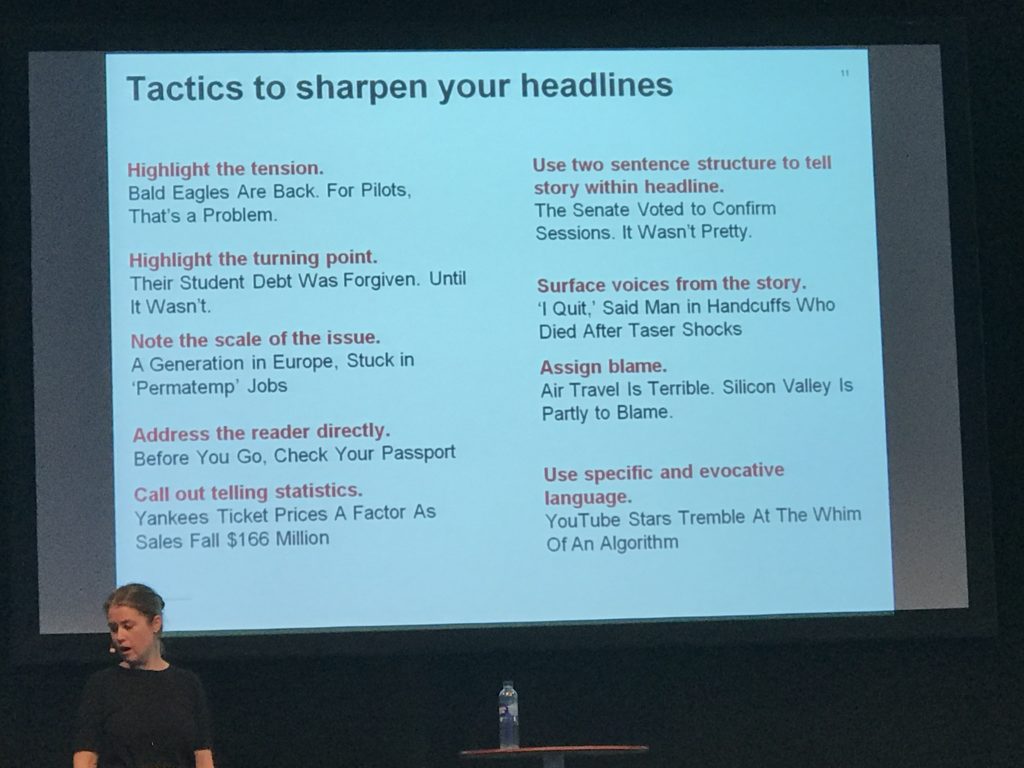 I fumbled with my phone to grab the above photo of the slide - it’s not every day the NYT gives away their secret sauce to headline writing.

Since then, I’ve used a few of them, and to my delight, they've worked well at driving clicks.

So, without further ado, here are the nine tactics noted, with some basic examples to help sharpen your headlines:

"Paid Media is Back. For Display Advertising, That’s a Problem"

"Their Lead Generation was Amazing. Until It Wasn’t."

"Before You Write Your Headline, Check this List from the NYT"

"Ad Blockers a Factor as Display Network CTRs Drop to 0.16%"

6. "Use two sentence structure to tell story within headline"

"Native Advertising has a Terminology Problem. And It’s Not Pretty."

7. "Surface voices from the story"

“Open to the Idea,” Said the CEO of LinkedIn on Producing Original Video Programming"

9. "Use Specific and Evocative Language"

"SEOs Tremble at the Whim of an Algorithm Update"

While this post is shorter than most, the takeaways are priceless. Give this a bookmark so that the next time you want to spice up your headlines you’ll have inspiration right at the tip of your mouse. If they’re good enough for the NYT than they’re definitely good enough for me.