Virtual reality is the next frontier for digital marketing, and augmented reality is seen as the middle step, the natural evolution which will merge our physical and digital presences.

And AR usage is on the rise – according to research from Boston Consulting Group, a third of all smartphone users already engage with augmented reality at least once a month, which is expected to rise to 120 million by 2021. The opportunities of AR are significant, with the capacity to provide new, enhanced experiences, and change the way we interact.

And this week, at Facebook’s F8 conference, The Social Network announced the next step for their AR tools, with the integration of branded AR options into Facebook Messenger.

As demonstrated in the video, the new Messenger AR tools will enable brands to build their own, digitally enhanced experiences, expanding on what’s possible via the platform.

“Blending AR effects and messaging solves a real problem for people shopping online. There are so many situations where we need to visualize a product before we feel comfortable buying it. We often seek input from our friends and family before making a purchase. This feature — launching in closed beta — leverages the nature of messaging to help people get valuable, instant feedback about purchases, customizations, and more, without ever needing to set foot in a store.”

The option highlights the vast marketing potential for AR – while Snapchat has seen success with its digital masks, and other platforms have followed suit (including Messenger), this tool is entirely business focused, providing new ways for brands to integrate their products into the users’ real world.

Snapchat has been testing similar, with AR-enabled car ads that let you digitally place a vehicle and see what it would look like within real-world scenes. 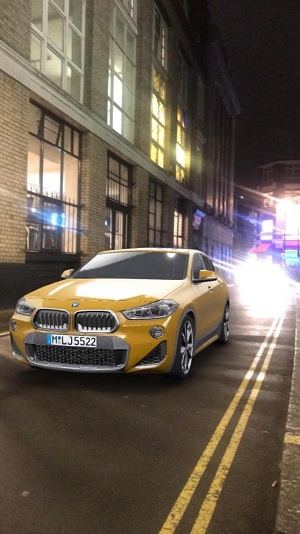 Messenger’s new options are similar – in fact, one of the four brands taking part in the initial beta test is Kia, which “will give people the opportunity to customize and get up close and personal with the Kia Stinger”, essentially the same as Snap’s test.

The Sephora make-up example (as shown in the top video) is particularly interesting – while various filters and Lenses have given users the capacity to try on different looks, the option hasn’t been widely used, at least on social platforms, for commercial purpose. This sort of usage should get people thinking about how they can use the new Messenger option, taking the experience beyond text and images, and into their world.

“To date, there are over 300,000 active bots on Messenger, and over 8 billion messages are exchanged between people and businesses each month; that’s 4x the amount of messages exchanged since just last year.”

Marcus also notes that last year, people shared over 500 billion emojis (almost 1.7 billion every day) and 18 billion GIFs in Messenger, underlining the interest in visual compliments to the messaging experience.

It may not seem like Messenger is best suited to brand interactions, but the numbers show that interest is growing – and messaging has become a key connector between users and businesses in Asian nations, highlighting the potential.

And with the big four messaging apps now seeing more active users than the big four social networks, and with a broader push towards more private communications likely, in response to the Cambridge Analytica scandal, it’s important for brands to consider their options in this regard.

If you haven’t considered where messaging fits into your digital marketing strategy, it may be time to give it another look.