While many still hold reservations about the company's child-friendly variation, which is designed for users under the age of 13, given the significant role that social media now plays in the modern interactive process, it does make some sense that we should look to educate our kids early in order to ensure that they're aware of how social platforms work, how their personal data is used, and the dangers of online interactions.

But there obviously needs to be strict controls over such - which is why this week, Facebook is rolling out a new series of updates for Messenger Kids which will give parents more oversight into their child's activity in the app, and more ways to control their data, as logged by Facebook's system.

First off, Facebook's adding a new 'Parents Dashboard' to the app, which will provide a simple way for parents to see what their kids are doing, who they're interacting with, and control their kids' time spent within the app.

In addition, parents will also be able to download all of the information logged for their child via the dashboard tool. While Facebook doesn't gather data in Messenger Kids for advertising purposes, it does keep a track of all of your child's contacts, as well as the messages, images and videos that they have sent and received. Facebook notes that your child will be notified through the app when parents request this information. 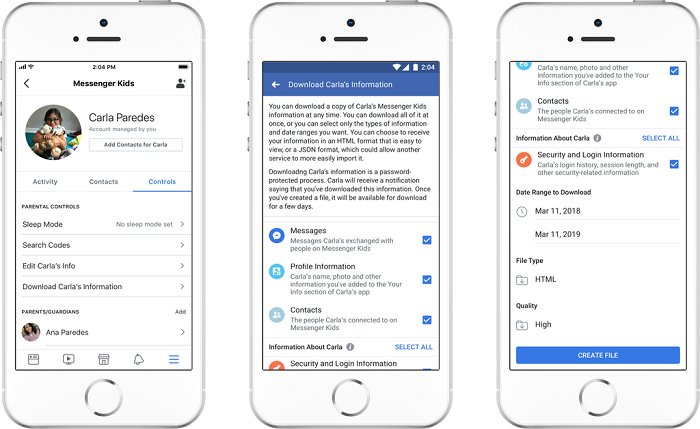 Beyond the dashboard itself, Facebook is also adding a new listing which aims to help kids better understand how their data is being tracked and used within the app. 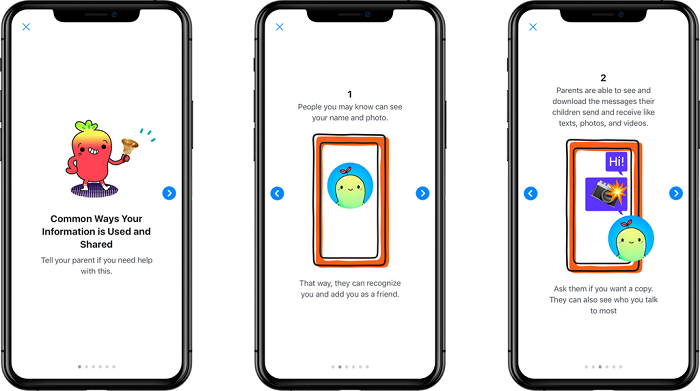 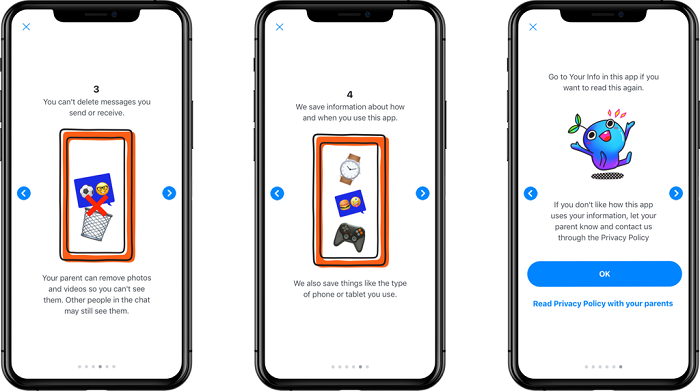 It's an interesting addition, providing the first notes of insight into how social apps, more broadly, operate. Through simplified, baby-steps style transparency like this, Facebook's working to help educate youngsters on the social media business model, which may also help them better understand algorithms and data matching in the adult versions of social apps as well.

Digital literacy is fast becoming a key educational consideration, with nations that have put a focus on such seeing less impact from fake news and misinformation campaigns, and better outcomes in terms of social media use. The more we can educate people on the inner workings of algorithms and social media systems, the better off we'll likely be - which makes this a particularly interesting addition from The Social Network.

Facebook is also looking to add in more incremental control options for kids:

"Parents have also told us they want more options when they determine their child is ready for more control and responsibility, so our updated policy describes some forthcoming options for parents on how their child can use the app."

It's hard to say whether Messenger Kids is a positive or negative tool in regards to encouraging younger users into social apps, but as noted, there is a need to improve digital literacy training, and given the prominence of social platforms, it's important that younger users do have some understanding of how such systems work.

And regardless, millions of people have downloaded Messenger Kids already, and despite some early privacy concerns, it's remained a fairly controversy-free tool, and looks set to remain a staple in Facebook's broader product offering.

On one hand, that herds the next generation of users into Facebook's clutches - yet, on the other, they're likely going to end up using these apps in future anyway. There is an argument to be made that early education on such, under parental supervision, could have significant benefits.