A year ago, Facebook rolled out Games on Messenger, a new addition to what’s increasingly become a crowded space within the app. This week, to celebrate the first anniversary of Instant Games, Facebook’s released some figures on games usage – though they've neglected to note exactly how many of their 1.3 billion users are playing games on the app.

But even without specific user numbers, that’s clearly a lot of game activity. To boost this, and to add more options for Messenger gamers, The Social Network has today announced a new set of features, and new games which are coming to the app, just in time for the holidays.

First off, they’re adding new tools to tap into the ever-growing game live-streaming space, with an easy new button which enables users to broadcast their games via Facebook Live. 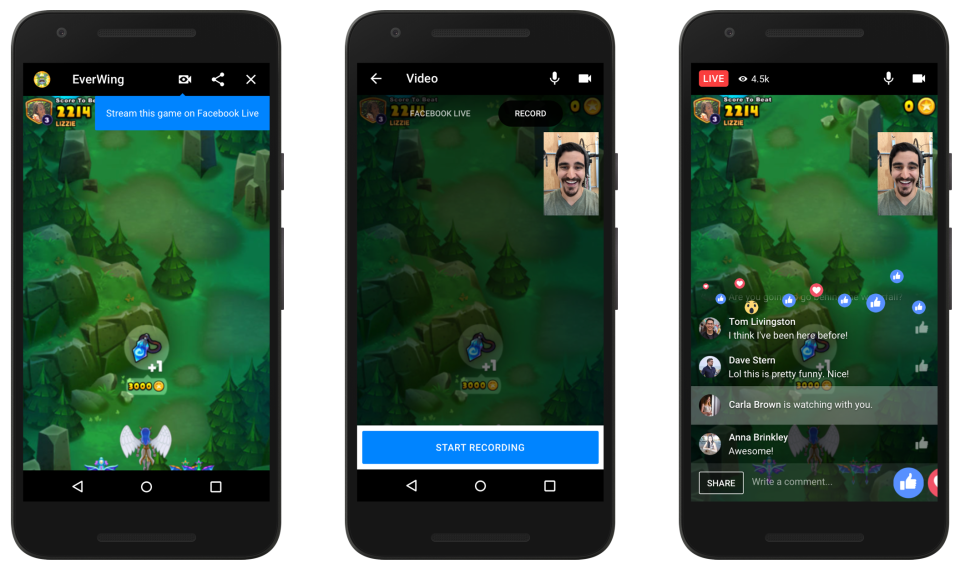 “The new live streaming capability via Facebook Live makes it simple for people to play and share their experiences with those who love games on Messenger. It’s easy to get started: while playing a game, tap the camera icon located in the upper right corner of the game. Once selected, you can choose the audience you want to broadcast to and add a short description to say something about your video. To start recording, just press the “Start Live Video” button.”

Game streaming is a big deal, with leading gamer platform Twitch serving some 15 million daily active users, who each view over 106 minutes of gaming related content – much of in-game streams – on average, every day.

Facebook’s been trying to nudge into the gaming market, with dedicated Facebook Live features for gamers and its own gaming platform. This new addition adds to that push, using the popularity of Facebook Live to lure in more gaming-related content – and, ideally, more younger audiences.

Facebook’s also adding a new option for people to use Messenger video chat while playing a game, so you can see your opponents’ reactions as you compete. 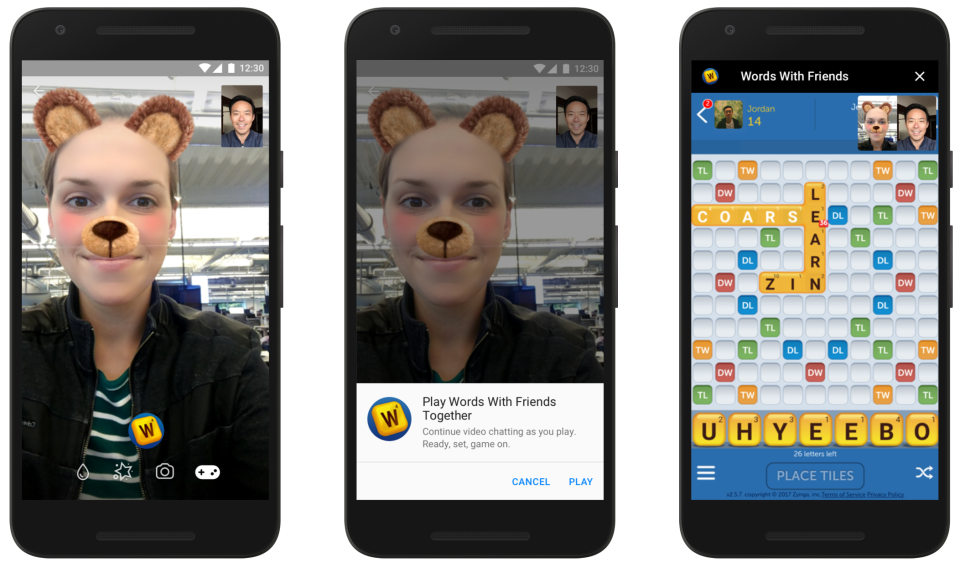 Facebook says that over 245 million people video chat on Messenger every month, and definitely, you can see the appeal in including this option within a competitive gaming situation.

Facebook says they’ll begin testing the option soon, with ‘Word with Friends’ being the first game to have access to the tool.

In addition, Facebook’s also adding in some new games, building on the 70+ titles already available.

The new games will include a new version of Angry Birds, built specifically for Messenger, along with Sonic Jump and Disney Tsum Tsum, among others.

As noted, Facebook hasn’t provided the exact detail on how many people are playing Messenger games – which could suggest the figure's not as high as they would like – but they have released this infographic of key gaming stats on the platform to provide more context.

In some ways, Facebook should be able to turn Messenger games into a valuable addition, with the casual nature of both Messenger and Messenger games going hand-in-hand. But then again, as noted, some feel that Messenger has become overloaded with too many features, which may be hurting usage of these newer options. Worth also noting that Facebook recently merged their Snapchat-clone within Messenger, ‘Messenger Day’ with Facebook Stories, which seems something of an acknowledgment that they may have added in too much.

But still Messenger games are fun, and these new tools should help provide more interaction, which, as noted, could be key for boosting appeal amongst younger users.