Facebook – now Meta - is still not happy with Apple, and its insistence on taking a 30% cut of fan subscriptions, along with any other in-app purchase.

And it’s gradually finding ways to fight back, and help users subvert Apple’s transaction fees. Its latest element on this front relates to fan subscriptions, and providing new options to ensure that creators get paid their full share of fan money.

“As we build for the metaverse, we're focused on unlocking opportunities for creators to make money from their work. The 30% fees that Apple takes on transactions make it harder to do that, so we're updating our Subscriptions product so now creators can earn more.”

The main new addition on this front is a new re-direct process that will help creators guide potential subscribers to sign-up outside of the Facebook app, thereby subverting Apple’s 30% cut. 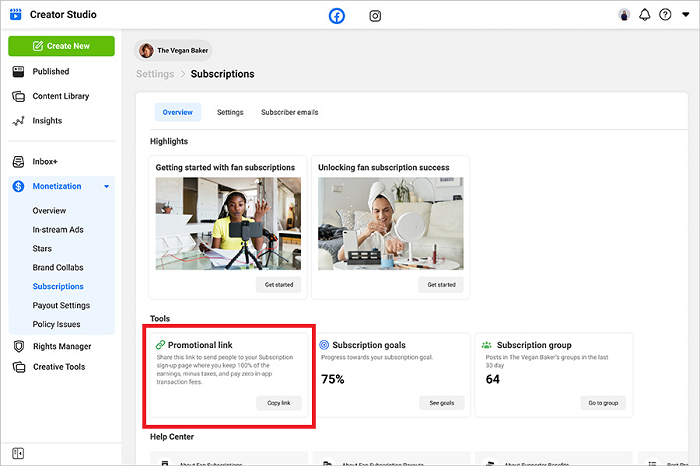 As you can see in this image, Facebook has added a new, personalized promotional link within Creator Studio which creators can then share, via email or in text updates, to re-direct subscribers outside the app.

“Starting today, we’re offering creators the ability to direct people to a website to complete their Subscriptions purchase using Facebook Pay. When people purchase Subscriptions from this website on web or mobile, creators will be able to keep 100% of the money they earn, excluding taxes.”

I mean, Facebook’s not even being subtle about the intended purpose here, which will no doubt rankle Apple, which has already faced off with Facebook over its fees on purchases in the app, as noted, as well as its advanced iOS privacy updates that have had a significant impact on Facebook’s ad business.

There’s no love lost between the two tech giants, and it’ll be interesting to see if and how Apple looks to retaliate against Facebook’s latest attempt to subvert its revenue collection process.

The update is among several new changes coming to Facebook’s Fan Subscription tools, which it’s looking to push ahead of the holidays, where users will likely have more time to tune in.

Facebook’s also launching a new bonus program for approved creators, which will allocate payments between $5 and $20 for every new subscriber they sign-up from now until the end of 2021.

“Creators can earn a bonus of up to $10,000 over the course of the program. It’s invite-only in all 27 markets where the Subscriptions feature is available to creators. We hope to expand this bonus program and others in the coming months to help more creators build sustainable subscription businesses on Facebook.”

Building the most appealing platform for creators is key to ensuring that each app maintains a consistent flow of popular, entertaining content, and this new bonus program will provide another means for Facebook creators to build community in the app, ideally keeping them more aligned to Facebook’s tools moving forward.

Facebook’s also adding some helpful new tools to Creator Studio, including a new estimated earnings breakdown to help creators understand exactly how they earn money from their fans. 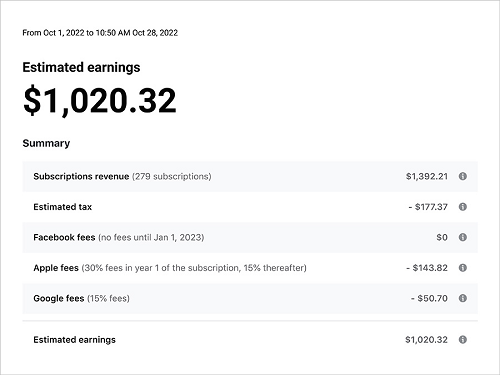 And this is also significant – Facebook’s additionally providing a new way for creators to download the email addresses of their subscribers, providing a direct pathway to increased audience engagement. 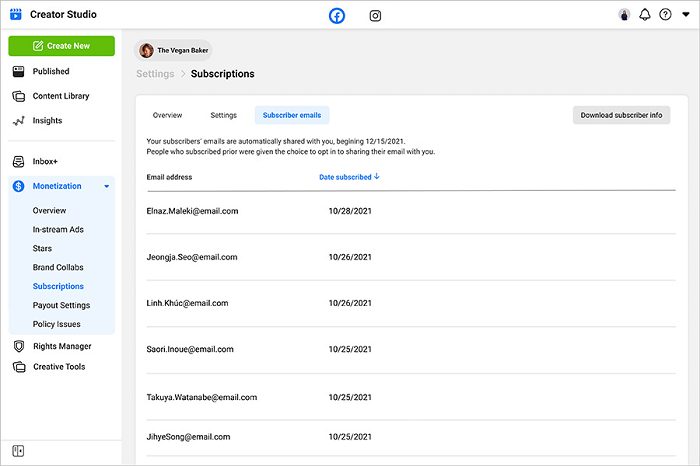 That’s a big step on the data portability front, and will provide more means for creators to maximize their community building efforts, both on and off Facebook. Which could eventually have negative impacts for Facebook’s stickiness in this respect – but the likely benefit will be more engagement among Facebook-originated communities, which will then see even more interaction on platform as the key home base of choice.

It’s a valuable, and interesting addition either way, which will open up significant new opportunities, in a range of ways, for Facebook creators.

“In livestreams, subscriber badges will be differentiated based on how long a person has been a subscriber, while on the anniversaries of their Subscriptions, subscribers' comments will get highlighted with special colors and animation so they stand out from the crowd.” 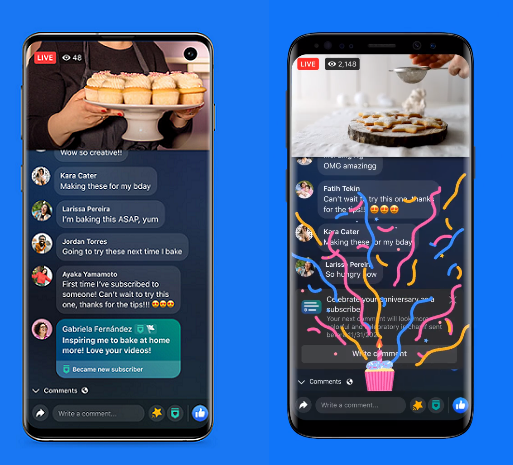 Dedicated badges provide a simple way for creators to show some extra love to those who are paying supporters, which can further solidify those bonds, and keep those viewers coming back. The new celebratory badge types will provide additional context in this respect, as well as more prompts for engagement to maximize engagement.

As with all social platforms, building the most profitable, beneficial tools for creators is key to retaining top talent, and the audience that comes to watch them. TikTok is still working on its creator monetization frameworks, while YouTube and Facebook, at least at present, have a distinct advantage on this front, given the maturity and development of their creator revenue tools, which can help make these users into bona fide millionaires, based on platform engagement alone.

And when you also factor in the steady growth of Facebook Gaming, and the broader linkage between gaming culture and general web trends, you can see why these new additions are so important, and how they could play a big role in helping Facebook both win back the youth and build to the next stage of digital connection.