Facebook has added a new security option in India which will enable users to lock their profiles in one-step, which will then block almost all access to their information and content for anybody that they're not friends with on the platform.

As you can see here, the new process, accessible via the profile options menu, will mean that in one-tap, users will be able to ensure that "only friends will see the photos and posts" they submit, while non-connections will also not be able to expand any images that they post to full size.

Anybody who the user is not friends with, as per the screenshots above, will only have access to "a maximum of 5 profile details". Which means they'll still be able to view some elements of a users' presence, but that access will be very limited, and again, with a specific focus on not giving non-connections access to images that they can zoom in on and potentially use for nefarious purposes.

As explained by TechCrunch, the measures are specifically designed to protect female users in India, who are often hesitant to share information and images online due to concerns that someone may misuse their information.

Last August, an Indian woman started receiving offensive phone calls after her WhatsApp profile image and contact information was re-posted under a fake profile on Facebook. WhatsApp has over 400 million active users in India, while Facebook has around 280 million, and that discrepancy can lead to others stealing information from WhatsApp and creating fake profiles on The Social Network.

Cases of identity theft have been soaring in India over the last decade, with the rise in social media usage providing a key source of information, and often, images and material stolen from social media are then used for emotional blackmail, causing significant angst and harm. That's left many women in the region, specifically, feeling vulnerable, which is why Facebook has now moved to provide more, simple protection tools to help.

This is not the first time that Facebook has sought to address such concerns among Indian users.

Back in 2017, Facebook added a new profile picture guard which, when enabled, would stop other people from downloading, or even taking screenshots, of a users' profile image. 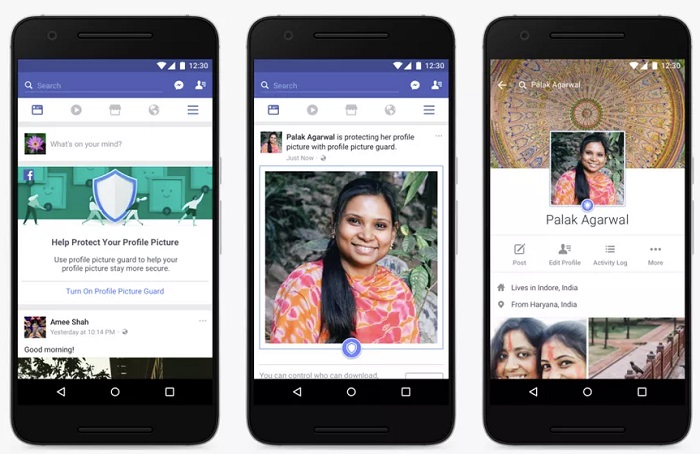 The fact that Facebook needs to take such steps underlines the level of concern within the Indian community, and as Facebook seeks to expand its footprint in the region, it will need to ensure that users trust the service, and feel comfortable engaging within its apps.

According the TechCrunch, the new protection features were first launched in Bangladesh. There are no plans to roll them out more broadly at this stage.