Facebook continues to evolve its on-platform shopping tools, this time with the addition of new shipping options on Marketplace, which will enable people to expand their pool of items to buy, facilitating more eCommerce activity in-app. 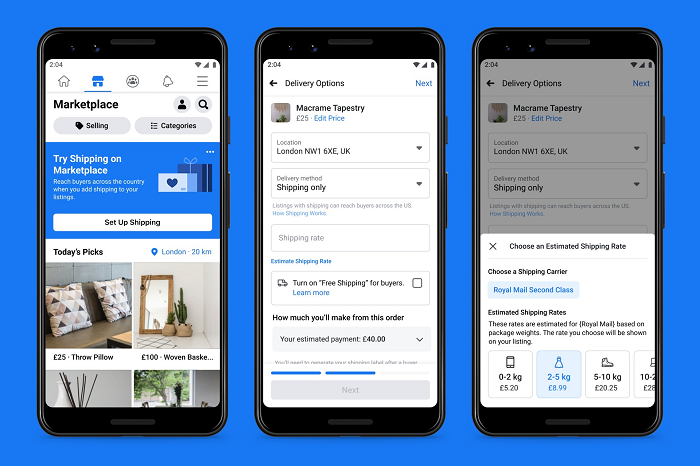 As you can see in this example, shipping on Marketplace, which is now available to UK users, will enable sellers to add an estimated shipping cost to their listing, broadening their audience of potential buyers.

Marketplace browsers will also be able to filter their searches based on shipping options, making it easier for them to find expanded listings and sellers. 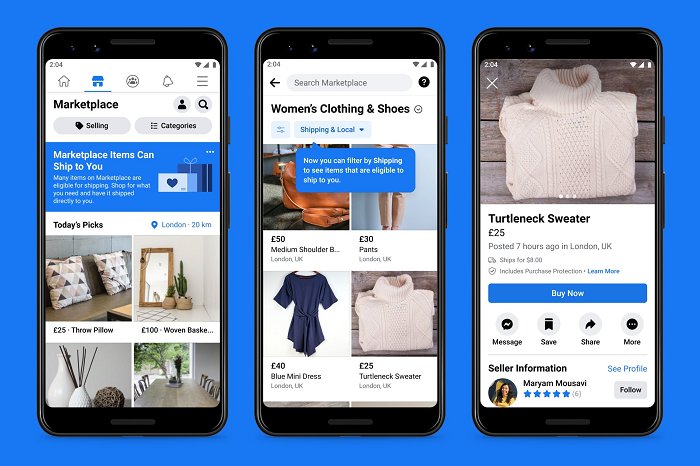 The whole process looks very eBay-esque, even down to the notifications that the buyer eventually receives: 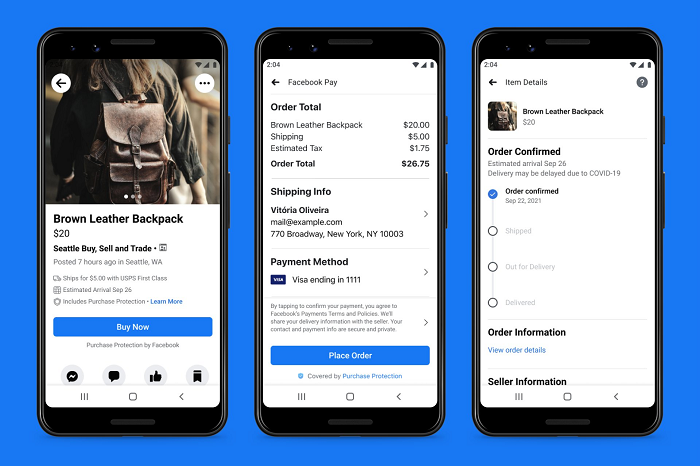 Which makes sense – Marketplace is eBay on Facebook. And while it doesn’t get as much attention, it is a growing element of the app, with a billion Facebook users now browsing Marketplace listings every month, providing a key gateway for the company’s broader eCommerce ambitions.

Ideally, Facebook would like to make all posts on Facebook and Instagram shoppable, leading to new habitual behaviors in its apps. Eventually, users would then grow accustomed to being able to buy the products that are displayed in every post they see, which could fuel all-new shopping behaviors, and make Facebook's apps a key connector for many more brands and merchants.

The success of Marketplace is a key marker of the potential here, and underlining this, Facebook has also shared some new insights into the most popular product categories on Marketplace leading into the holiday season. 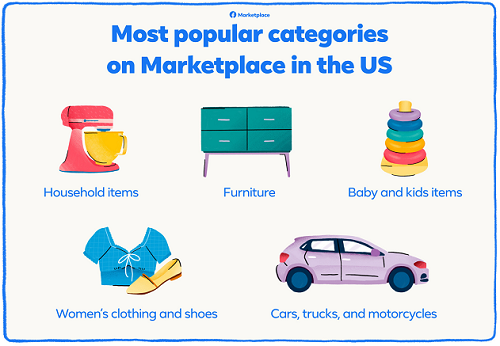 As you can see in this graphic, the most popular categories on Marketplace in the US include household items, furniture, baby and kids items, women's clothing and shoes, as well as (somewhat surprisingly) cars, trucks and motorcycles.

I’m not sure I’d be willing to buy a car on Facebook, but clearly many people don’t have the same reservations.

Facebook also says that in September, the most searched items on Marketplace in the US were desks, couches, patio furniture, campers and boats, aligning with the warmer weather and the re-opening in many regions.

“Over the summer, we also saw a 60% increase in interest for clothing on Marketplace in the US. Supply also increased during this time, with the number of clothing listings for sale rising by 20%.”

It’s interesting to see how Marketplace is evolving, with new listing options, and ads for brands incorporated into the mix.

Facebook’s also been working to improve the security of the Marketplace shopping process, recently adding new elements like meet-up preferences to listings. 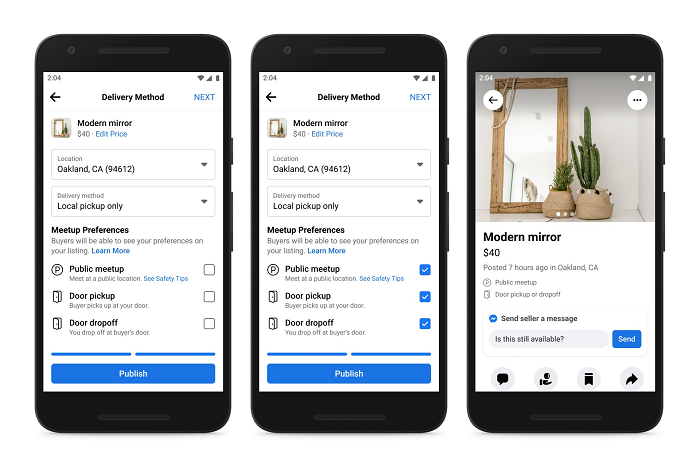 There have been some significant concerns on this front, in particular, with various incidents of crime, even murder, linked to Marketplace meet-ups. That’s a key issue for the growing option, but with shipping being added into the mix, that could help to alleviate some of those concerns, while also facilitating even more direct, in-stream buying potential, with reach to a billion searchers every month.

It’s worth considering what that might mean for your own eCommerce ambitions, and your ad reach heading into the holidays.