This is interesting – while Facebook, with its Watch platform, is looking to go head-to-head with Google-owned YouTube in the battle for digital video dominance, it’s also seemingly willing to concede some ground for the greater good. Lose the battle, win the war, that type of thing.

At least, that’s how it appears, with Facebook confirming to TechCrunch over the weekend that YouTube will now be made available within its recently launched smart speaker device Portal. 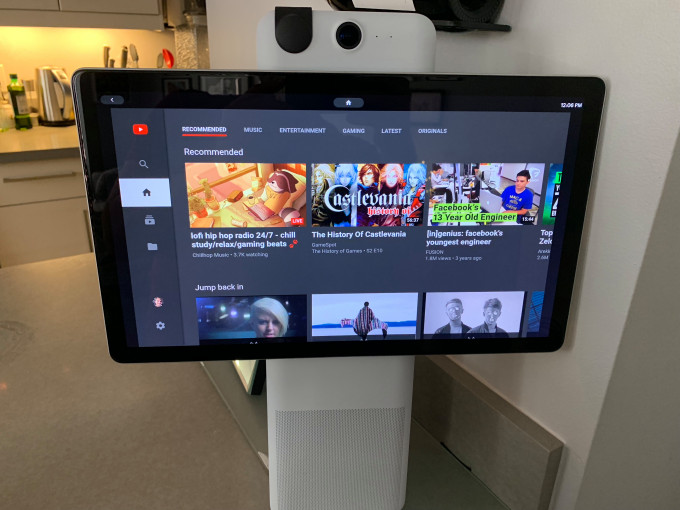 Initially, this was not the case – as TechCrunch notes, at launch, Portal could only play videos from Facebook Watch and Facebook-approved partners Food Network and Newsy. That made a lot of sense, Facebook's essentially looking to utilize Portal to boost awareness, and viewership, for Watch content. Why give users the ability to stream YouTube, and potentially lose that captive audience?

In this case, Facebook obviously sees the benefit of selling more Portal units as being of more value than fending off competition. People can, of course, already watch YouTube on every other device (and YouTube viewership is increasing on home TV screens at a significant rate), so it’s not like users can’t just go watch YouTube elsewhere. By making that content available on Portal, the practical benefits may outweigh the competitive ones - at least at this stage.

That’s also at play with another Portal development – the potential addition of Google Assistant. Portal already comes with Amazon Alexa built-in for on-demand voice controls, and the addition of Google Assistant would provide users with the full gamut of voice-triggered functionality on offer from both the main players already established in the smart speaker space.

Could that give Portal an edge in sales? And if so, would that then give Facebook, by extension, extra momentum within the smart speaker market, and the capacity slowly integrate its own tools and functions, taking the lead from the incumbents?

Definitely, Facebook’s device has been well-received, and well-reviewed, and with smart speaker sales projected to ramp up significantly in future, it makes sense for Facebook to be concentrating on adoption first ahead of its own software and apps.

In fact, it could be of benefit – the big concern for Portal is that, with all the data security and privacy concerns swirling around Facebook, consumers may be hesitant to essentially put a Facebook camera into their home. But if Portal is simply the best option, incorporating all the top tools and functionalities from other devices, you can bet those privacy concerns will take a back seat, as they have with Facebook use more broadly.

Case in point – despite the aforementioned privacy concerns, Facebook’s daily and monthly usage rates have continued to rise, with only a slight dip in Europe.

While it may seem counter-productive for Facebook to be promoting a competitor on its own device, from a broader business standpoint, it could help Zuck and Co. win out.

What does that mean from a digital marketing perspective?

Definitely, the rise of smart home devices will become a more important marketing consideration over time as consumers turn to their speakers for more recommendations, entertainment options, connection tools, etc. If, for example, YouTube videos are a hit on the Portal, because people can, say, watch recipe videos in the kitchen hands-free, that could lead to new, specific ad opportunities – YouTube recently launched a new ad targeting option aligning with similar behaviors by giving marketers the opportunity to show ads only to users watching on their home TV sets.

That’s where the opportunities will arise, from notable behaviors demonstrated through smart speaker usage – and given the increasing role such devices are projected to play in our lives, those opportunities could be significant.

It’ll take some time, but more devices, more options, more tools – all of these equal more data, and improved targeting. You may not be looking to re-align your digital marketing strategy around Facebook Portal just yet, but it’s definitely worth keeping an eye on this space.