Facebook has announced the first members of its new Oversight Board, which will help it make decisions on what content should be allowed, and removed, across its platforms.

Facebook first announced its Oversight Board project last January, in response to calls for increased action from the company on potentially dangerous and/or harmful content.

"With our size comes a great deal of responsibility, and while we have always taken advice from experts on how to best keep our platforms safe, until now, we have made the final decisions about what should be allowed on our platforms and what should be removed. And these decisions often are not easy to make – most judgments do not have obvious, or uncontroversial, outcomes and yet many of them have significant implications for free expression."

Indeed, with Facebook now closing in on 3 billion monthly active users across its platforms, and Facebook itself becoming a key provider of news and information for many people, it's critical that The Social Network looks to manage that impact, and the ways in which it's massive reach can be used by third parties to influence opinion.

The new board includes a range of experts from various fields who will help steer the company's approach on such. 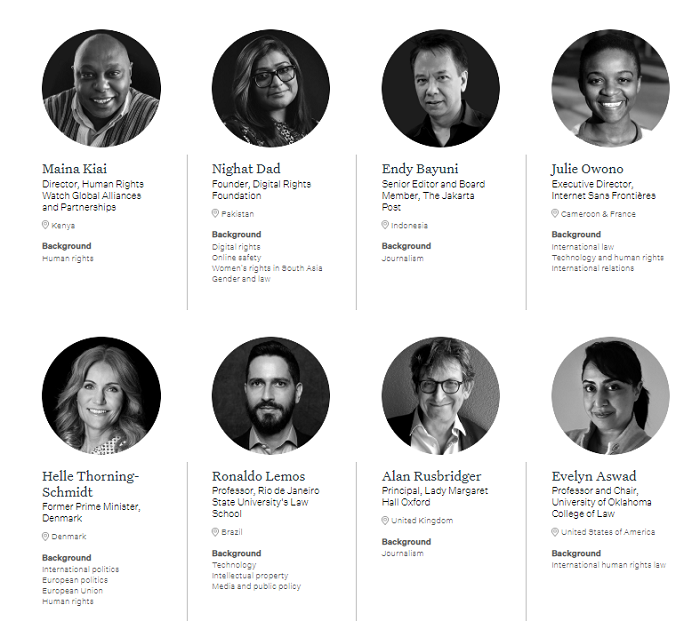 The group will provide advice on key content decisions, which could have a major impact on how Facebook addresses such moving forward - which could also, by extension, have significant implications for society, based on Facebook's growing influence.

One of the most notable issues on this front, of course, has been Facebook's stance on political advertising, with the company opting not to subject political ads to fact-checking, as it does with other content. That, potentially, could open the door to politicians using outright lies or misrepresentation in their campaigns, which could subsequently influence how people vote based on falsehoods.

That, to many, seems like a key area in which Facebook should be looking to implement more editorial oversight, however, as Facebook CEO Mark Zuckerberg has noted:

“We don’t do this to help politicians, but because we think people should be able to see for themselves what politicians are saying. And if content is newsworthy, we also won’t take it down even if it would otherwise conflict with many of our standards."

Facebook's leaning is towards free speech, but that comes at a cost. And now, Facebook's oversight board will be responsible for helping the company weigh such costs against the community impact.

As noted, the process of creating the new board has been ongoing over the past year, incorporating insights from thousands of people around the world. 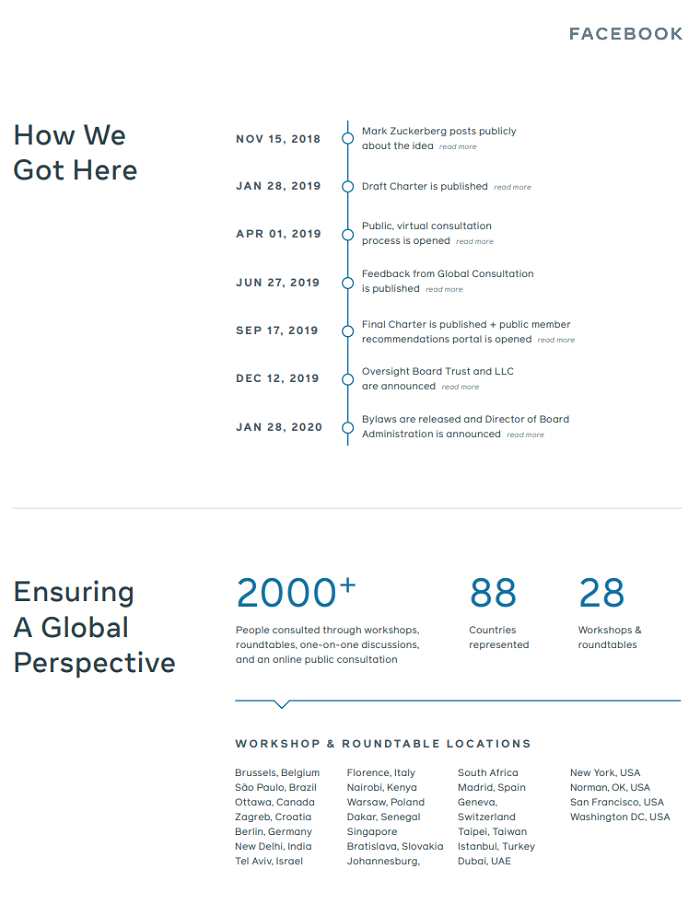 As a result of these efforts, the board has been assembled with diversity and representation in mind.

"[The board members] have lived in over 27 countries, speak at least 29 languages and are all committed to the mission of the Oversight Board. We expect them to make some decisions that we, at Facebook, will not always agree with – but that’s the point: they are truly autonomous in their exercise of independent judgment."

This is an important initiative from Facebook, and one with significant potential - especially, again, considering the platform's reach and influence in the modern media landscape. No matter how you look at it, no matter where you personally get your news coverage, no matter what you might think of Facebook, the fact of the matter is that billions of people log onto the platform every day, and a significant number of them are influenced by the content they see there. Facebook matters when it comes to influencing opinion - and even more crucially, how people vote.

Elections in the modern era are being won and lost on Facebook. Just ask the Trump campaign how important the platform is to their strategy.

Given this, Facebook's Oversight Board project is an important experiment, and one which could eventually have wide-reaching implications for the broader internet landscape. It's clear that more oversight is needed, more editorial guidance at some key junctures - platforms that are able to reach so many people should not allow harmful movements to spread.

Hopefully, Facebook's Oversight Board is a step in the right direction on this front.