That seems to be the growing sentiment, with Facebook pushing its mission to improve person-to-person connection, and reducing the reach of Pages as a result. But then again, managing groups is a very different process – though one which could definitely help boost those engagement levels, which Facebook is so keen to see.

The resulting discussions from their first event helped Facebook re-focus their efforts to improve groups, and at the Europe Summit, The Social Network announced a range of new initiatives which will further boost group engagement.

First off, Facebook announced a new set of functional updates for groups.

The most standout change is a new color option – Facebook will now enable admins to add a personalized color which will be displayed throughout their group, providing an extra sense of personal identity and place. 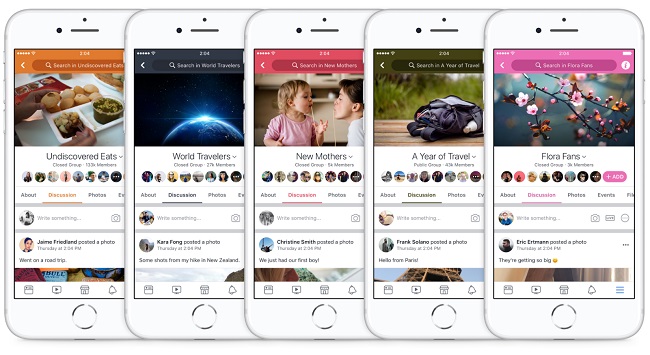 Facebook’s also making it easier for admins to find the various most-used options, by adding them all to one screen, streamlining the management process. 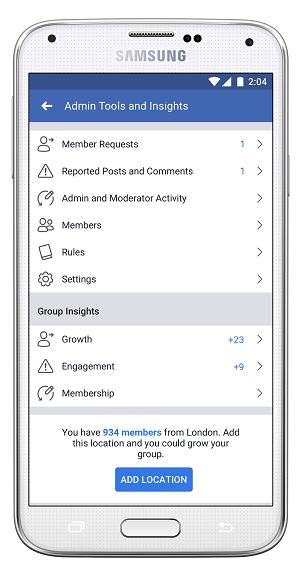 Another cool addition is the ability for admins to pin announcements to the top of the group page – you’ll be able to add up to 10 announcements which will be highly visible to all visitors. 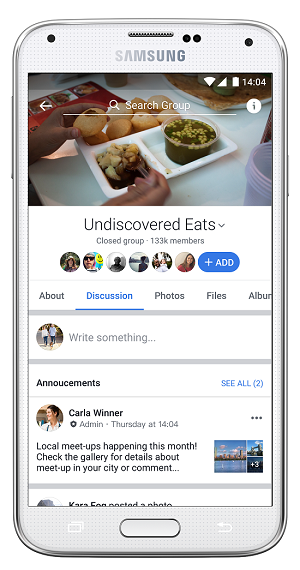 That could make it easier to organize real-life meet-ups and events, while also ensuring all members are aware of any important updates or changes.

And the last update is the ability to create a dedicated rules section within your group to help better communicate the official expectations within your online community. 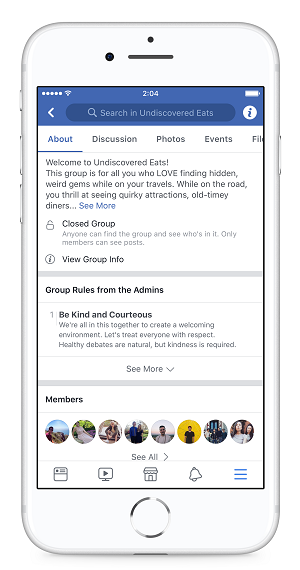 These changes are in addition to the range of new groups tools Facebook introduced over the last year, including group insights, the ability for Pages to create linked groups and welcome posts.

Given Facebook’s renewed mission to play a role in connecting people, it’s clear that groups are a key element – in fact, many users have commented that since Facebook’s announced News Feed re-focus, they’ve been seeing a lot more notifications from groups within their feeds, another possible indicator of Facebook’s groups push.

With the range of groups tools expanding, and the ability for Pages to create their own groups, they could present a great opportunity for businesses to augment their potential Page reach losses, while also better connecting with their audiences – though as noted, groups do take more work. And more time investment in Facebook means more reliance on their notoriously fickle shifts.

In addition to functional updates, Facebook's also investing in a new set of programs to help ‘empower leaders from around the world who are building communities through the Facebook family of apps and services’.

Underlining their commitment to group initiatives, Facebook's clearly putting its money where its mouth is, investing in new opportunities to help boost group engagement.

But that’s not the only funding they’ve set aside for group improvements.

Facebook will also aim to double the amount of staff working in its London engineering hub, with a focus on building technologies which ‘help keep our community safe and secure’.

The London engineering team – Facebook’s largest engineering group outside of the US – will focus on:

As noted, that focus may also provide a clearer indication of Facebook’s intentions with its coming News Feed updates, which could help Page managers better prepare and hone their strategies.