Facebook has announced an expansion of its partnership with Spotify which will enable users to share and listen to full-length music tracks and podcast episodes direct on Facebook, without having to open a third-party app. 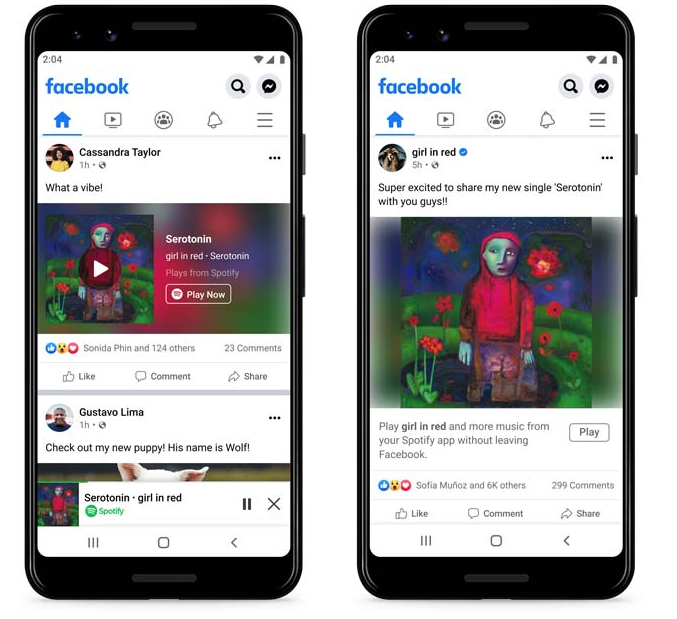 "The new feature, which will introduce a miniplayer experience within Facebook, will make it easier for you to connect your Spotify listening experience with your Facebook community. You can share what you're listening to with your friends and others who share your interests. And if you want, you can tell them why it’s meaningful to you."

As you can see in the example screenshots above, the new process will provide an additional posting option for Spotify tracks, which will mean that any user with the Spotify app also installed on their device will able to listen to that music or podcast then and there, direct from their Facebook feed.​ The playback will also continue while you browse Facebook, if you choose, and when your phone display is turned off. 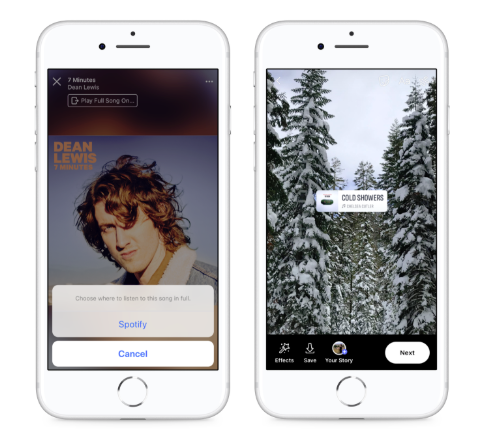 Facebook has also included Spotify linkage in its experimental 'Tuned' app from its NPE team, so there is a fairly strong integration history between the two companies, which provides mutual benefit in Facebook's various music options.

Which is key area of interest for Facebook, particularly as TikTok becomes a more prominent space for sharing and engaging around music content. Facebook wants to make sure it keeps pace, and its linkage with Spotify will likely play an important role in such.

That said, Facebook also recently announced that it's looking to launch its own, in-app podcast player, separate from its Spotify integrations, which will enable podcasters to distribute their shows through their Facebook Page. That could unsettle the partnership between the two, but it's still early days in development, so it's hard to know exactly how that element will play out as yet.

Either way, these new music options could be of value, and could help Facebook drive more engagement around the latest tracks and artists.

Facebook says that it's rolling out its new Spotify music integration in 27 markets, including the US, starting from today.