As Facebook faces even more questions about how it tracks and utilizes audience data, The Social Network has this week sought to address one particular element in order to reassure users of their control in this respect.

As per Facebook, the company is changing the way it uses Location Services on Android, which tracks where users are at any given time, and can do so even when the app is active in the background, in order to let users dictate when, specifically, that capacity is being used. 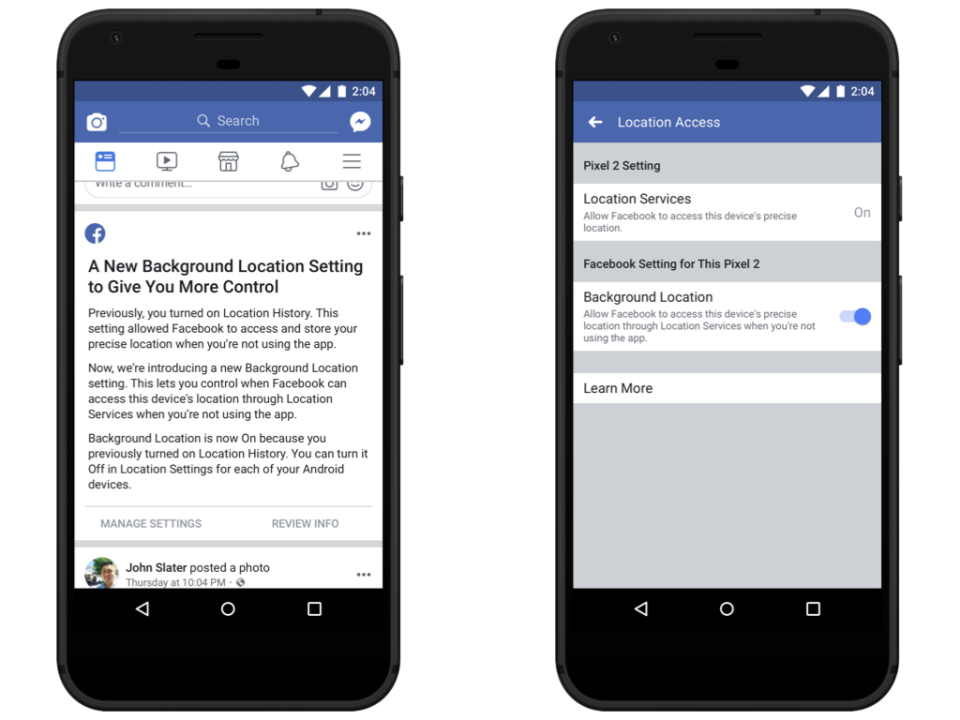 "Today we’re introducing a new background location control on Facebook for Android so people can choose if they want us to collect location information when they’re not using the app. For example, when people choose to use Nearby Friends, a feature that lets friends share their locations with each other, they give Facebook permission to access their location even when they’re not using the app. Until today, people using these features were asked to enable Location History. If you enabled this setting, two things happened: you would share your location when you weren’t using the app and you would allow Facebook to store a history of your precise locations. With this update, you’ll have a dedicated way to choose whether or not to share your location when you aren’t using the app."

That seems like the way it should have always been, right? But it's not - on iOS, users have more control over how their location is shared, but on Android, the options are more wide-ranging. This update will give Android users more control over that, which is better for users, obviously, while it also gives Facebook a bit of a PR win, in that it can promote the proactive steps it's taking to help users control how their information is tracked.

Definitely, it makes sense for Facebook to be promoting its efforts here, sharing how it's doing more to give users more control over their data. But it also highlights that this has been in place for some time already - Facebook has already been tracking location data for all Android users for years. So while they won't necessarily be doing it anymore, without permission at least (if users have switched it on in the past, they'll need to switch it back off), they still have huge amounts of insight on this front to utilize, likely more than they'll ever need to measure relative movement and behavioral trends for ad targeting and the like.

And users who have turned it on will have to switch it back off, which most simply won't bother to do. Facebook has also noted that it'll be prompting both Android and iOS users about their Location Services settings in order to ensure they're okay with how their data is being used. But again, most won't bother to update. Good for Facebook, in that it shows that it's trying to do all it can to proactively alert users to such. But it'd be interesting to see data on how many users actually make any changes as a result.

Really, the announcement only highlights, once again, the massive amounts of data Facebook has on its users, tracking everything they do in-app, along with where they go in real life. It's difficult for regular people to contextualize what such insights actually mean, and how they could be used against them, which, again, is why most won't bother to update, but its another reminder of the capacity Facebook has to know and understand audience behaviors, and utilize the same for its ad tools.