After recently settling with the FTC and SEC over data misuse - and paying a $5 billion fine - Facebook is facing yet another legal challenge, with New York's Attorney General Letitia James announcing that she will lead a multi-state investigation into The Social Network over possible antitrust violations.

BREAKING: I’m launching an investigation into Facebook to determine whether their actions endangered consumer data, reduced the quality of consumers’ choices, or increased the price of advertising.

The largest social media platform in the world must follow the law.

Facebook is already involved in two other antitrust investigations - back in July, as part of its Q2 performance update, Facebook noted that:

"In June 2019, we were informed by the FTC that it had opened an antitrust investigation of our company. In addition, in July 2019, the Department of Justice announced that it will begin an antitrust review of market-leading online platforms."

What the actual impacts of that will be are impossible to predict - thus far, Facebook has been able to counter antitrust concerns by referring the level of competition within the online advertising landscape, which Facebook's vice president of state and local policy Will Castleberry again reiterated in response to this new announcement:

“People have multiple choices for every one of the services we provide, and we understand that if we stop innovating, people can easily leave our platform. This underscores the competition we face, not only in the US but around the globe. We will, of course, work constructively with state attorneys general, and we welcome a conversation with policymakers about the competitive environment in which we operate.”

In some ways, antitrust concerns are inevitable with a platform of Facebook's size. Facebook now has more than 2.7 billion monthly active users across its "family of services", primarily coming from Facebook, Instagram, WhatsApp and Messenger. The question now is whether Facebook has used its market dominance to unfairly force competitors out of the market, and/or drive up ad prices in an artificial way.

In some respects, the way in which Facebook has implemented its News Feed algorithm could be seen as an abuse of its power - Facebook initially enabled brands to reach all of their Page followers with their posts, then gradually reduced their organic reach, essentially pushing them towards the platform's ad products. Facebook would argue that this was a result of responding to user demand - as more people and brands signed up to the platform, it needed to implement a system to highlight the most relevant content in order to maintain audience engagement. 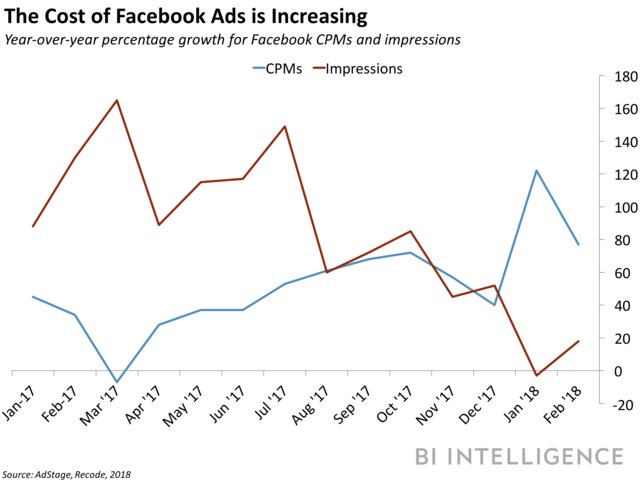 Of course, there are other ad options, as Facebook notes, businesses can choose to not advertise on Facebook. But given the company's size, and the control such dictates, questions are going to arise around how Facebook operates, and a proper investigation will be able to examine each element in detail, and determine the extent of such process.

Interestingly, it was New York's Attorney General who also recently ruled that buying and selling social media followers and Likes is now illegal, in regards to a case involving a company called Devumi. Both announcements show that regulators are working to catch up with modern digital shifts, and institute new, more accountable laws and processes to better protect consumers, and ensure transparency within the sector.

That can only be a good thing. Whether Facebook's processes are found to violate antitrust law or not, establishing legal precedent around how such can be applied to digital providers is an important step.

The bigger question then will be, if Facebook's practices are found to be in violation of antitrust law, what that will mean for the company. Could we see Facebook broken up, its influence reduced? And what would that then mean for the wider industry?

There's much more to play out in the investigation.