Facebook has announced a new 'Season of Support' initiative to provide a boost SMBs in the last quarter of the year, which will include free resources, education and training to help small businesses make the most of the holiday season.

The new initiative will also include a specific focus on black-owned businesses, with a new #BuyBlackFriday push in the US, focused on promoting black owned brands during the traditional Black Friday retail event.

Facebook says that it will be adding features which will encourage people to create posts supporting Black-owned businesses, while it's also launching a new business directory for Black-owned stores. 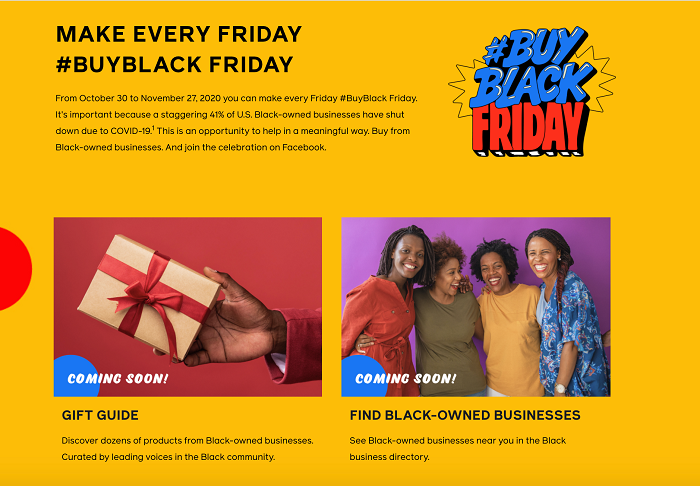 As you can see here, Facebook's also releasing a new gift guide that will showcase products from US Black-owned businesses across various categories.

"This will include the #BuyBlack Friday Show, which will air live every Friday from Oct 30 - Nov 27 and will feature Black businesses, musical artists and entertainers like stand-up comedian and New York Times best-selling writer and actress, Phoebe Robinson."

The initiative is part of Facebook's broader effort to help support the Black community in the US in the wake of the #BlackLivesMatter movement, while also, as Facebook notes, aligning with data that shows the Black community has been disproportionately impacted by the COVID-19 outbreak.

Folowing on from this, in the proceeding months, Facebook will add even more tools to assist SMBs as part of the broader 'Season of Support' push, which will include additional training, tools and other promotional assistance, which could help in that final holiday drive.

You can read more about #BuyBlackFriday here.