Facebook Looks to Expand its Presence in India, and Connect the Next Billion Users

Back in 2016, Facebook made a big push to connect more users in India via its Free Basics program, but that push was eventually blocked by Indian regulators over conflict of interest concerns and issues with foreign interference in the local market. But India remains key to Facebook's expansion plans, and since then, the company has been working to try and find new ways into the Indian market.

And now, it's looking to another option, which may enable it to capitalize on India's massive opportunity.

This week, The Financial Times has reported that Facebook is in talks to acquire a multibillion-dollar stake in Reliance Jio, an Indian internet provider which is now used by 370 million people after launching just three years ago.

"Facebook was close to signing a preliminary deal for a 10% share in the heavily indebted Jio, one person close to the negotiations said, although the timetable of a deal has been affected by the global lockdowns caused by the coronavirus outbreak."

If the deal goes through, that could put Facebook on the fast-track to gaining more access in the Indian market - and while global uncertainty around the impacts of COVID-19 will slow any progress, that could play a major role in shaping Facebook's strategic direction for years to come.

India, and its 1.4 billion citizens, is the next key battleground for the tech giants, with both Facebook and Google both working to gain a foothold in the Indian market in order to expand their audience base, provide new business tools, and build revenue-generating partnerships that will provide more opportunities to expand their respective empires.

The nation is ripe with opportunity - not only due to its scale, but Indian audiences are also becoming more tech-savvy, and are looking for new ways to connect via the web, and build new systems of business.

The rapid rise of web connection has seen the Indian market become key for many apps and tools - TikTok, for example, has 81 million monthly active users in the nation, its largest market outside of China (and the Chinese version of the app 'Douyin'), while Facebook-owned WhatsApp also has a huge audience in the region, with more than 400 million monthly active Indian users, almost a third of the app's total audience.

Given the numbers, it makes sense for Facebook to be making more of a push into the region, and you can see where Facebook would look to expand its tools, and boost its revenue potential. India presents undeniable opportunity for the company - and really, only Google, Amazon and Facebook are in a position to be able to make the most of it. Indian regulators have long been skeptical of letting outside groups come in and dominate the market, but it seems, eventually, that they will find points of access, and ways to connect with Indian users who are looking to use their products and services.

Maybe this, then, is Facebook's ticket - maybe this will finally be the way that Facebook is able to infiltrate the Indian market and build its ultimate, all-in-one platform, similar to how Chinese social apps have become the dominant connective tools in their respective region.

In China, citizens do virtually everything via social apps like WeChat and AliPay, from keeping in touch with friends, to paying for groceries, to banking, paying utility bills, etc. In fact, right now, China is using these apps to monitor the health of its citizens in order to limit the spread of COVID-19. 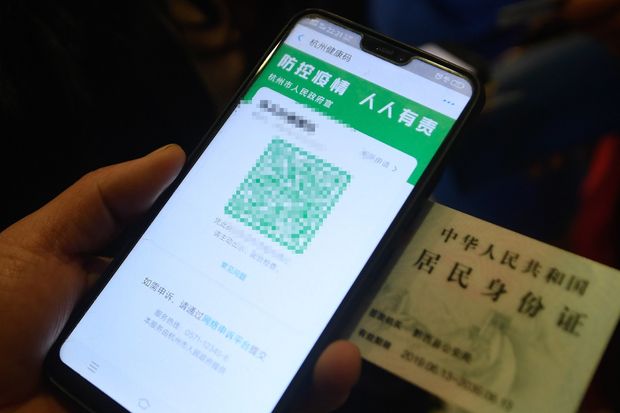 Facebook has sought several times to create similar systems in western markets. First, there was the implementation of Messenger Bots, which, at launch, Facebook said would "change the way we interact with businesses". When Messenger Bots failed to gain significant traction, Facebook switched focus to the blockchain, and building its own cryptocurrency, with a view to facilitating a whole new eCommerce eco-system within its family of apps.

In fact, the Indian market was, at least initially, a key focus for Facebook's Libra cryptocurrency project - with Libra, users would be able to transfer funds, free of charge, which would be perfect for remittance, and sending money back home to family, quickly and easily. This is a key use case in India, and Facebook's view was that once it could facilitate funds transfer more easily, it would then be able to build expanded eCommerce tools on top of that framework. If you're already transferring funds within Facebook, you may as well make purchases and payments too.

Again, this replicates the Chinese market - in China, WeChat now facilitates some $10 trillion in payments each year. Through Libra, Facebook was hoping to build that same framework in India, but Indian regulators have seemingly blocked the Libra project, forcing Facebook to re-asses, and look to build Facebook Pay, and more notably WhatsApp Pay, as foundational frameworks for its project instead.

Facebook has also been purchasing Indian eCommerce providers, including Meesho, with a view to constructing that all-encompassing network.

Buying a stake in Reliance Jio adds another element to this, and as noted, would go some way towards accounting for the rejection of Facebook's initial Free Basics plan in the region.

Make no mistake, this is a key strategic push for Facebook, and key element that will play a major role in all of its operations moving forward. If Facebook can essentially become the internet for users in India, that will set the table for its plans for the next decade or more, and put it on a path to maximizing its opportunity to 'connect the world' and become a bigger facilitator of both person-to-person and business-to-consumer connectivity.

It may not seem like a major step, and Facebook will still face restrictions from Indian regulators. But this is a major element in the company's future growth and strategy.

Worth keeping tabs on this element.