Facebook Looking to Expand Reach in India - and China Too? 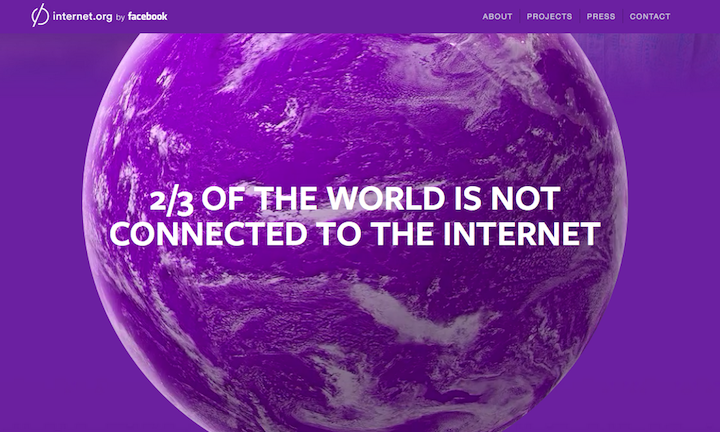 Earlier this year, Facebook was effectively banned from using their 'Free Basics' program to connect more users in India due to concerns around a perceived conflict of interest in the service. Basically, Facebook would be able to provide free internet access to, potentially, more than a billion people in India who don't currently have it, but in doing so, Facebook would also retain the rights to pick and choose which services were made available via the option, which would give The Social Network a significant advantage in the market. And while Facebook CEO Mark Zuckerberg argued strongly for the program to be allowed in India - even writing an opinion piece for The Times of India - Indian regulators eventually opted against Free Basics being allowed in the country, a significant setback for Facebook's internet.org program.

But India is a key to Facebook's 'connect the world' mission, and as such, Facebook's now come up with a new plan to connect Indian users via their Express Wi-Fi service, another element of internet.org.

Unlike Free Basics, Express Wi-Fi is a paid service, though it can be provided at very cheap rates. Working with local ISPs, Facebook will be able to connect users via data packs to enable them to access the internet via the Express Wi Fi network. This works within regulatory requirements, and Facebook has reportedly partnered with local provider RailTel, among others, which could provide give them coverage to up to 70% of the country.

Getting more access to India would be a major move for Facebook. Looking at the raw numbers, Facebook currently has around 1.79 billion active users. The current population of the world is just under 7.5 billion, which means Facebook's reaching around 24% of the global population.

But that calculation doesn't provide an accurate account of The Social Network's real popularity or audience penetration - you see, of that 7.5 billion, only around 3.8 billion of them can actually access Facebook at all. This is due to several factors:

Given this, if Facebook can provide internet access to an extra billion users in India, even if they don't make Facebook the main focus of that access, it's a fairly safe bet that a lot of them will become Facebook users either way.

This is why Facebook's so keen to connect more regions, because their audience penetration is so significant, and it continues to grow. Connecting more people will give The Social Network more connections, more data and more ways to expand their platform into a facilitator of global commerce.

On this front, reports have also suggested that Facebook's working on a new process to get into China, the most populous nation in the world (India, worth noting, is second on that list). According to reports, Facebook's developed tools which could enable administrators to prevent sensitive posts from appearing in Facebook feeds in "specific geographic areas". This would work in line with China's strict media regulatory requirements, which could open the door for Facebook to get into the local market. Of course, Facebook would still have to compete with the existing Chinese social media giants, but simply gaining access would be a huge positive for the company, and would likely mean that Zuckerberg's long-standing efforts to woo China were worth the effort.

(As an aside, news of Facebook's selective censorship tool was reportedly leaked by insiders amid fears that the incoming US Government could also get their hands on it).

As noted, Facebook currently has 1.79 billion monthly active users, but Zuckerberg's flagged that he wants to boost that to 5 billion by 2030. For that to happen, Facebook needs internet.org to work - they're making big investments in millimeter wave technology and solar-powered drones to facilitate this, while the aforementioned efforts in India and China will also play a big part.

Given their progress, it's not hard to imagine Facebook continuing their amazing user growth rates and becoming an even bigger, more influential platform in future.

Such efforts may not matter a lot to you or your business as yet, but the potential of that wider connectivity, and the role Facebook will play in any such rollout, is huge. It's worth paying attention to these movements.