It seems like Apple’s controversial App Tracking Transparency (ATT) update is causing significant impacts on Facebook, with The Social Network today outlining some of the specific ways in which ad reporting has been affected by the new privacy prompts.

For quick context – back in April, Apple launched its new data tracking pop-up alerts, which directly ask iOS users to opt-in to tracking of their activity within each individual app. 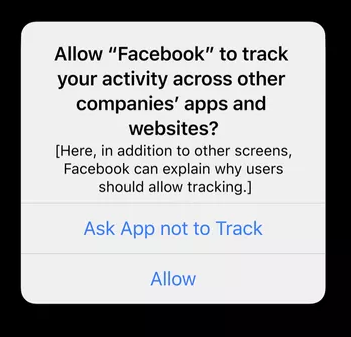 With the prompts giving users the option, amid various news stories around data misuse and leaks, it seemed likely that many would indeed choose to switch data tracking off as a result. The actual numbers here are not definitive, but reports do indicate that the majority of iOS users are opting out of tracking, which has seemingly lessened somewhat over time, but is still well above 60% opt-out rates.

The flow-on effect is that advertisers then have less data to go on – for example, up till this change, if you clicked on an ad that lead you through to an app, then purchased something in that app, the advertiser would be able to track this, and subsequently target you with more relevant ads in future. As a result of the ATT launch, this is no longer possible, at least not at the same rate. And among the most significantly impacted by this has been Facebook, which has lost access to a broad range of tracking data that had powered part of its targeting engine.

“As we noted during our earnings call in July, we expected increased headwinds from platform changes, notably the recent iOS updates, to have a greater impact in the third quarter compared to the second quarter. We know many of you are experiencing this greater impact as we are.”

The most specific impact for Facebook here is conversion reporting – with Facebook now unable to track conversions in the same way, it’s been working to implement a new system that estimates activity based on system learning.

So far, those estimates are not quite delivering:

“Our estimate is that in aggregate we are underreporting iOS web conversions by approximately 15%; however there is a broad range for individual advertisers. We believe that real world conversions, like sales and app installs, are higher than what is being reported for many advertisers.”

That’s a big impact for Facebook advertisers, because without accurate conversion data, you can’t know what’s working. Most big advertisers and agencies are working out how to counter this by supplementing their Facebook data with info from Google Analytics and other platforms, but it is causing significant impacts, especially for smaller brands who don’t have the analytics nous, nor capacity, to cross-check the information that Facebook provides.

For many, that simply means that they’re seeing fewer conversions, and they may not have a clear understanding as to why. Which could become a major problem for Facebook, if, for example, those advertisers look to spend their money elsewhere instead. And with TikTok still rising, and there waiting this holiday season, it could become a key inflection point in the history of the short-form video app.

To counter this, Facebook has been working on various data prediction and estimation-based solutions that will provide modeled data on conversions to help provide a more accurate picture of ad results.

“We’re optimistic about our multi-year effort to develop new privacy-enhancing technologies that minimize the amount of personal information we process, while still allowing us to show personalized ads and measure their effectiveness.”

Facebook is working on this, but it’s still in a process of development, which means that the upcoming holiday season, at the least, will see significant reporting impacts as result of the ATT update.

To manage this, Facebook has provided a range of tips to help advertisers mitigate the impacts – and ideally, keep investing in Facebook ads as a result. 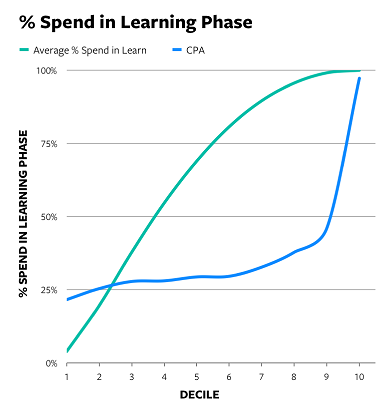 In addition to this, Facebook also suggests that advertisers ‘consider all of the tools available' to measure their campaign performance, including those not directly linked to Facebook which can complement your campaign data. As noted, most specialist advertisers are already doing this, working on new models which incorporate various data sources to provide a more accurate view of campaign performance, based on different measures.

The challenge for non-specialists is that you have to know which tools work best, and that can take a level of expertise and insight beyond Facebook itself. Which is obviously not ideal for Facebook, which can’t provide the full scope in a single platform, but for advertisers looking to track their performance, it is important to note that your performance data from Facebook will be impacted, and you need to consider this within your measurement.

Facebook provides additional pointers and notes in its full impact overview, which is an important read for those mapping out their holiday campaign approach.

We’re still some time away from knowing the full impacts of the ATT change, and how advertisers can get around it, and with more privacy changes coming, you can expect to see more, similar impacts in future.

We’ll keep you up to date on the latest best practices to best navigate these shifts.