Facebook Provides Tips on How to Improve Your Ad Relevance Diagnostics

Back in March, Facebook announced that it was replacing its single ad relevance score with three new metrics, in order to provide more granular ad performance data and help advertisers drive better response.

The new metrics, which began rolling out in April, are:

According to Facebook, the new metrics are now rolled out to almost all advertisers, so if you're not seeing the change yet, you will shortly.

And if you're looking to maximize your ads through these new data points, Facebook has also provided the following table of tips based on each element. 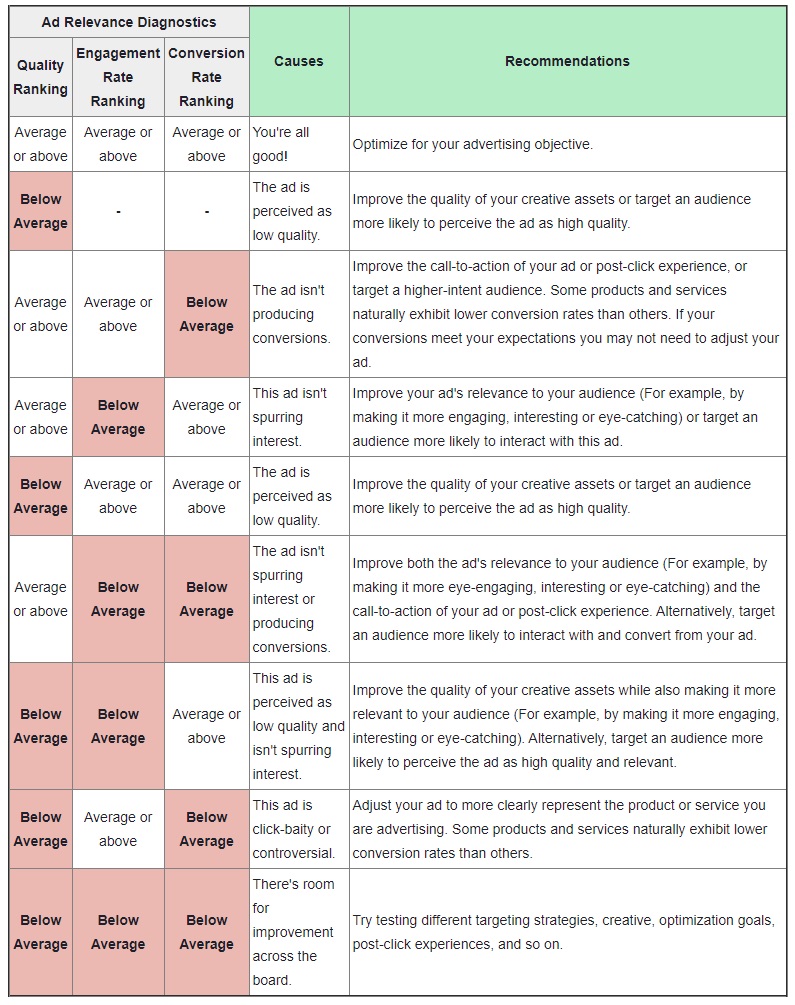 The guide can help improve the specific elements of your Facebook ads, based on the new ad relevance data points.

Facebook provides more information on how to improve your ad performance here.