Ahead of the holiday season, Facebook is testing out two new shopping ad options, both of which are aimed at streamlining the path to purchase, and keeping users in-app, as opposed to filtering them off to other websites.

First off, on Facebook - The Social Network is testing out a new, Dynamic Ad ad option which would enable users to order an advertised item direct from the News Feed ad itself. 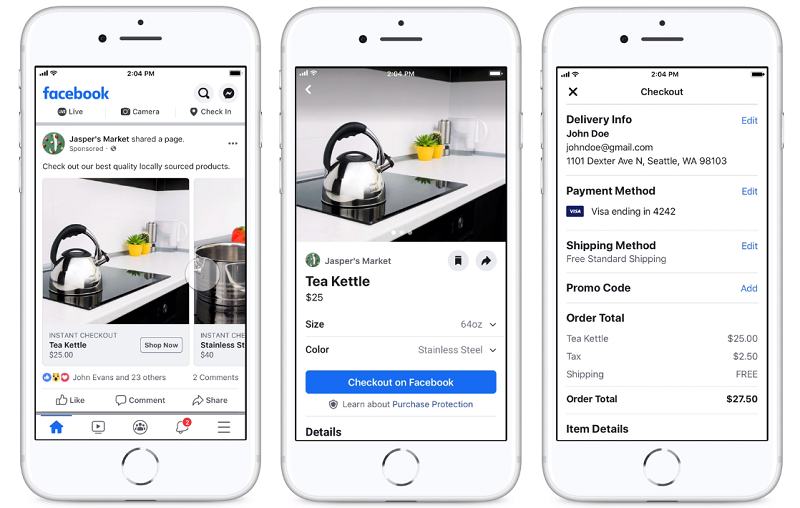 As you can see in the above example, with this new type of Dynamic Ad, users would be shown relevant products, but then also have the added option of making a purchase, via the 'Checkout on Facebook' option.

In order to do this, users do need to have a payment option attached to their Facebook account, which, given Facebook's more recent privacy issues, may not be an ideal option for some. But then again, convenience tends to outweigh privacy in most respects - if there's a way in which users can buy relevant items quickly, which is obviously boosted by the matching of Dynamic Ads, then it could be a winner.

When you've reviewed your information, you can tap on the 'Place Order' button, and you'll get a confirmation note sent to you via Facebook. 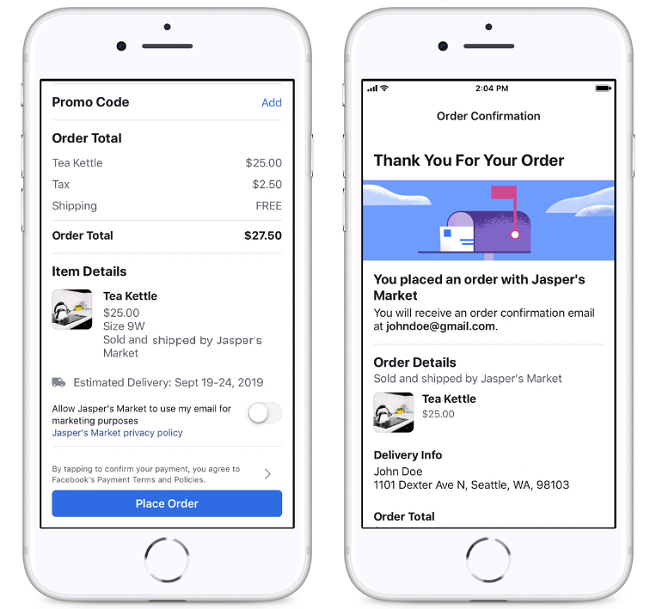 Given the trends towards eCommerce and on-platform purchases, it makes a lot of sense - though as noted, Facebook's data privacy track record may work against it as it seeks to encourage more users to add-in payment information. That's where Facebook's Libra cryptocurrency seemingly provides a bridge, though discussion around Libra seems to have died down after various regulatory groups raised significant concerns.

It'll take some time for that to play out, and till then, Facebook will be hoping to shift more users towards direct purchase behavior - though the option will only be available to a limited number of businesses at this stage.

In addition to this, Facebook is also testing out the capacity for brands to turn their Instagram Shopping ads into paid promotions. 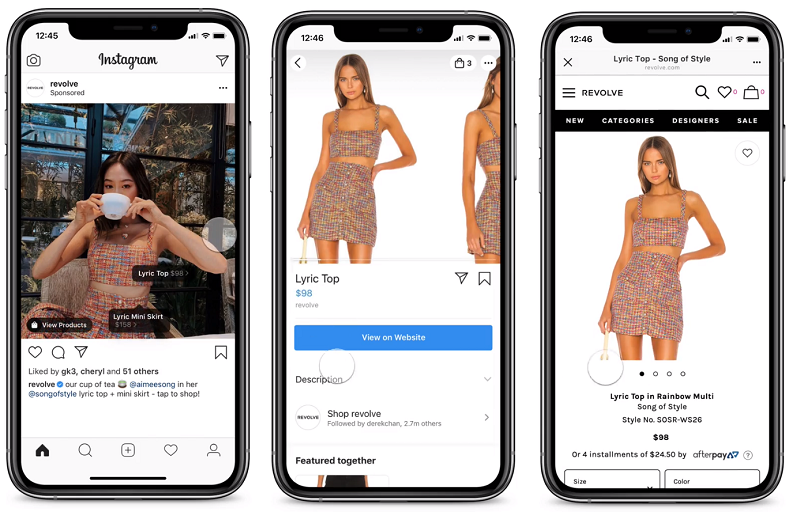 Instagram has been slowly rolling out its Shopping Tags to more businesses, but thus far, they have only been available within organic posts. Selected businesses will now also be able to amplify their on-platform shopping prompts, via Facebook Ads Manager, while Instagram has also noted that it's looking to add paid promotion options to its 'Checkout on Instagram' shopping posts in the near future.

The expanded options would keep users on Instagram, while also facilitating quick purchases via targeted ads - a win-win for both Facebook and the relative brands.

There's clear interest in Facebook's on-platform purchasing options, and the capacity to reach users where they're active, and capitalize on that active shopping intent, will be of significant interest to many brands.

Both of these new options will be tested over the coming weeks with a small subset of advertisers, so they won't be widely available initially. But they may become more readily available before Christmas - and either way, they point to future eCommerce potential within the two apps.