Facebook has announced a refresh of its 'Privacy Check-Up' tool, which highlights how your personal data is being, or can be used and displayed by Facebook, and what you can do to limit exposure of your personal information.

Facebook semi-regulary prompts users to clarify their data settings via Privacy Check-Up posts which appear in the News Feed - and now, with this new format, it should be easier than ever for people to understand each element, and how it applies to their Facebook information.

The new Privacy Check-Up has been split into four distinct sections, with clarified language around each aspect: 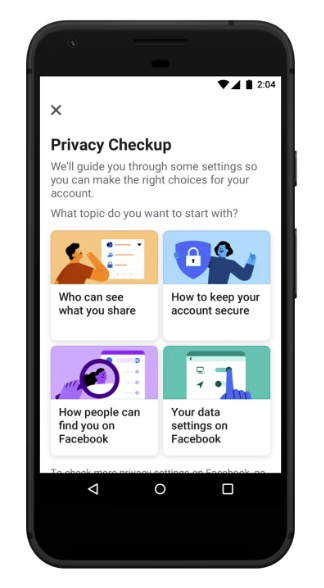 Each section includes an overview of your personal information that Facebook has listed, and includes tips on how you can strengthen your account security on each aspect. 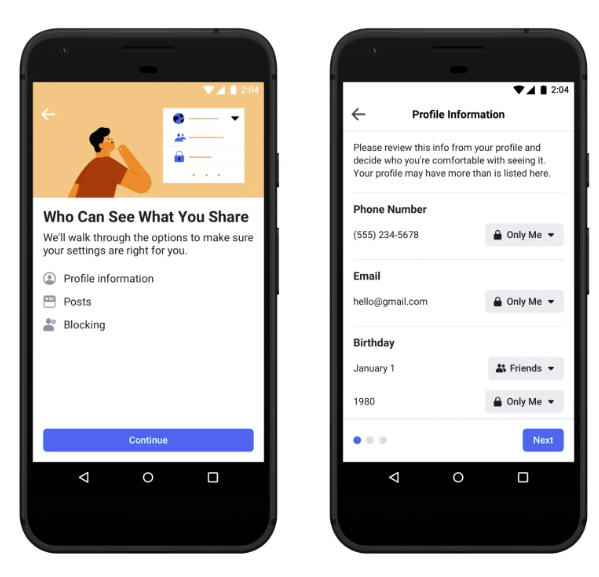 The point-by-point listing, with control options on each, makes it easier than ever for users to manage what information they share, while the Check-Up also includes password security tips, information you share via on-platform search, and the apps and websites which you've allowed to access your Facebook profile. 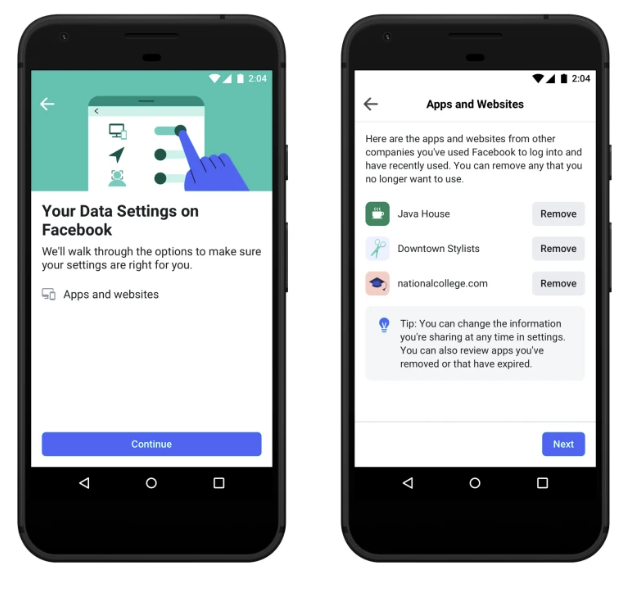 Definitely, the new format makes it easier to understand and control each element - but the bigger question here is 'will people actually use it?'

In the wake of the Cambridge Analytica scandal, Facebook has added a heap of new privacy check-up and transparency-type tools, including more prompts for people to check their privacy settings, updated group privacy settings, and a new Data and Privacy Hub, which it launched in January last year. Through these tools, Facebook users now have more insight than ever before into how their personal information is accessed, and how they can control such - but previous research would suggest that, even with such capacity, Facebook users haven't been overly keen to review their settings.

For example, in the immediate wake of the Cambridge Analytica scandal, Facebook reported that it had seen no "wild changes in behavior with people saying I’m not going to share any data with Facebook anymore”. There was also no significant drop-off in Facebook usage, showing that, despite major questions around how people's data was being potentially used against them, Facebook users either didn't care, or at the least, didn't feel signifcantly compelled to review such as a result.

That impetus did seem to increase slightly over time, with repeated Facebook data issues seemingly having an impact. In September 2018, Pew Research reported that just over half of US Facebook users indicated that they had adjusted their privacy settings in the past 12 months, with younger users significantly more likely to have taken some level of action on this front. 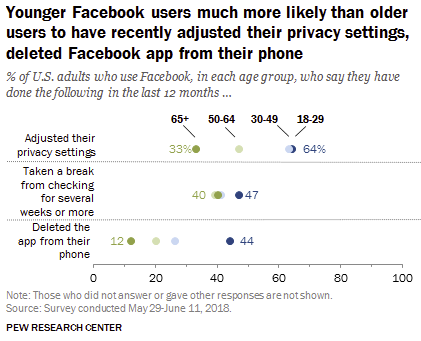 But still, only half? This was after Facebook had pushed out News Feed prompts to all users, calling on them to review their privacy settings, after Facebook had taken out full-page ads in seven British newspapers, and three American ones, to apologize for the Cambridge Analytica scandal, and to prompt people to review which apps had accessed their profile, after wall-to-wall media coverage about how your personal Facebook information was being used by political operatives to influence your thinking, and subsequent voting behavior.

After all of that, only half of Facebook's US user base bothered to take any action on their privacy settings at all.

For context, Facebook currently has 247 million active users in North America - so more than 123 million people, despite all of these prompts, didn't feel compelled to do anything.

Given this, it's impossible to determine what type of impact that simplifying Facebook's data privacy settings and tools will have - if the largest personal data violation in history didn't spark people into action, will a new format in their Privacy Check-Up tool really make much difference?

The new layout is better, no doubt, it's easier to understand, easier to use, easier to see exactly what you're able to switch on and off, and limit access to. If people bother to open it. If Facebook can get users to tap through and check it.

Of course, it's not up to Facebook to make you review your settings, that's on you. But going on the previous results of such efforts, I'm not sure anything outside of a compulsory user review will have any major impact.

And even a compulsory review may not lead to significant change.