Facebook has announced an update of its split testing tools, which will provide more ways for advertisers to get insights on potential campaign performance before boosting ad spend.

First, advertisers will now also be able to utilize split testing within the ‘Quick Creation’ workflow, as opposed to only having the option available in ‘Guided Creation’. 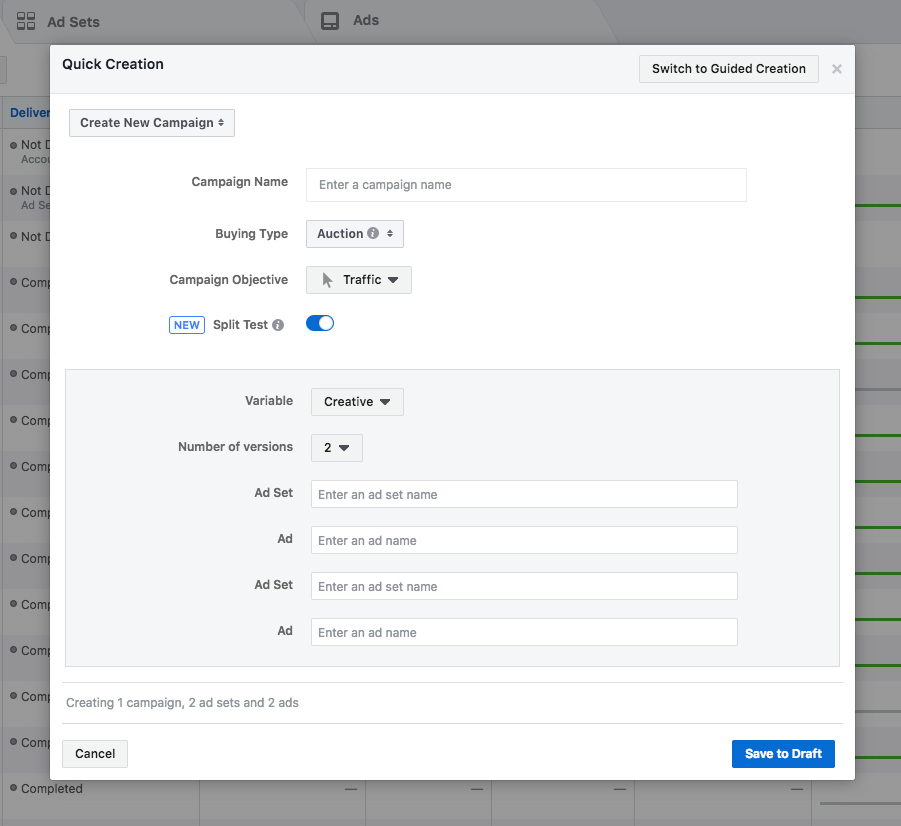 The new option essentially makes split testing available to a wider variety of users, built into the workflow itself, so it’s easier to access.

While you'll also now be able to duplicate split tests, making it easier, and faster, to utilize testing options.

And lastly, Facebook’s added a new reporting dashboard for advertisers to view standard KPIs for the ads in split tests - such as CPM, CPC, CTR and more.

Split testing can be a great way to optimize your ads, and ensure you’re maximizing performance - and as such, it makes sense for Facebook to be adding in more ways to utilize such options within their own systems. The catch is that Facebook’s own split testing options obviously rely on Facebook’s internal data and insights - but depending on your objective, the information provided can be highly indicative, and informative in your process.