After recently adding a new, dedicated section for vehicles in Marketplace, Facebook has now announced that they’re also adding another dedicated tab for rental properties, as part of the continued expansion of the option. 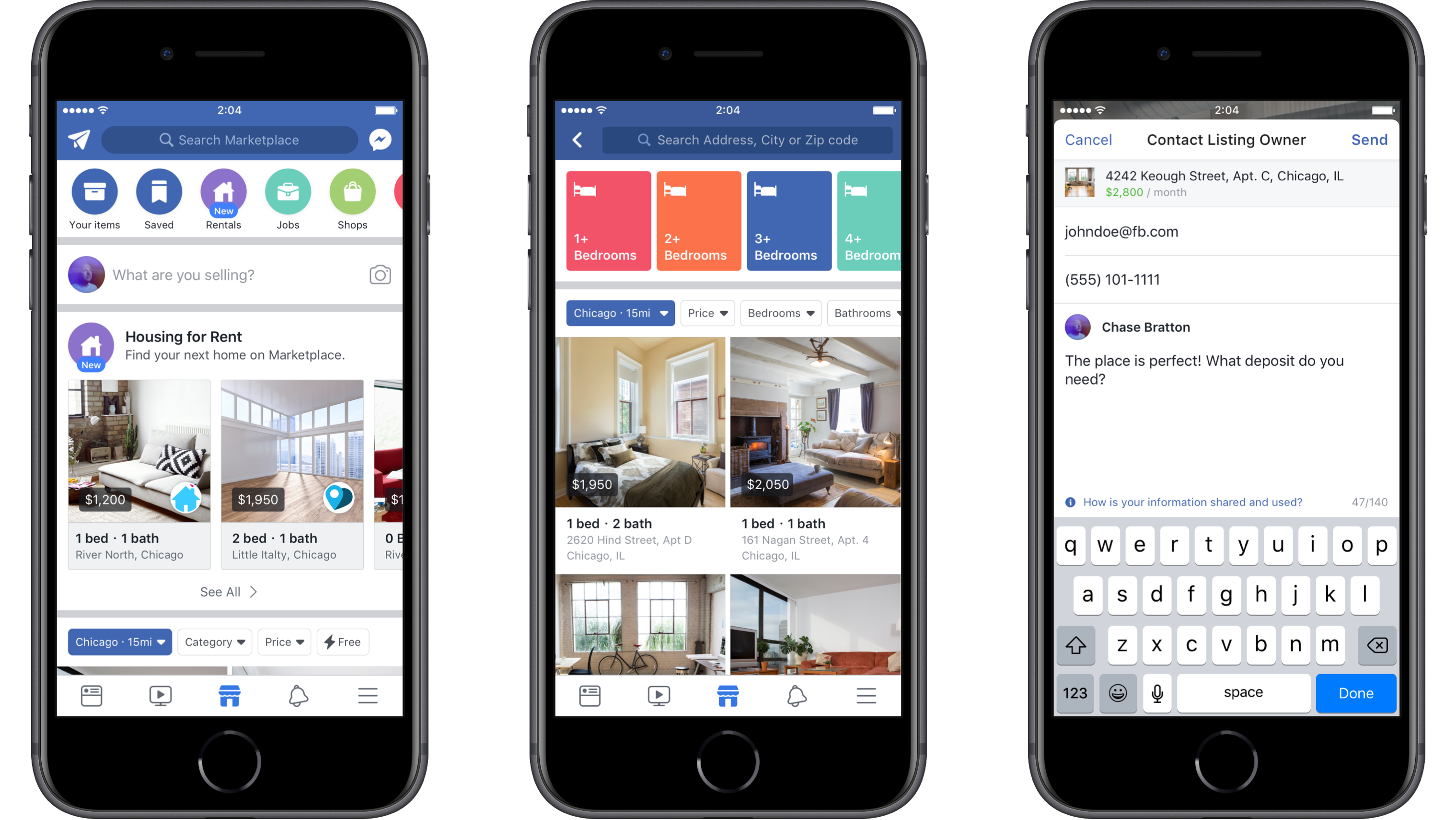 “Starting Nov. 9, people using Marketplace in the US will be able to browse and search hundreds of thousands of rental units through partnerships with Apartment List and Zumper.”

As you can see from the image sequence above, the new ‘Rentals’ segment will enable you to narrow down your search, check out images, and get in contact with the listing manager, direct from the Marketplace tab.

In its initial iteration, the Rentals option will include:

As noted by Facebook, up to 18 million new listings being added to Marketplace each month in the US alone, and searches within the tool have increased 3X since the beginning of 2017, underlining the rising interest in the option.

Marketplace was originally built to cater to the increased usage of buy, swap and sell sites on the platform – according to Facebook, more than 450 million people visit buy and sell groups each month.

And while Marketplace hasn’t tapped into that full demand as yet, the fact that almost a quarter of all Facebook users have shown interest in such functionality underlines the potential, and aligns with the above noted, rising Marketplace usage stats.

Marketplace could also give Facebook an easier path to tap into eCommerce and online shopping. While Marketplace, right now, is a consumer-to-consumer proposition, with Facebook taking no part of the transaction or listing costs, they have experimented with newer listings, like eBay ‘Daily Deals’.

That could point to future opportunities – Facebook’s been working to further integrate shopping behaviors into Messenger, via dedicated Messenger Bots, but consumer take-up of Bots has been slower than they would like. Maybe, through Marketplace, Facebook can make itself more of a shopping destination, then merge that behavior across to other tools, including Messenger.

Indeed, Facebook recently also expanded their peer-to-peer payments process, and added a new integration from PayPal, providing more options. Facebook’s also noted that they’re looking to test additional, new Marketplace features like jobs, event tickets and retail. The opportunities of the option could grow rapidly, and become a more significant consideration very quickly – which is also no doubt a concern for those businesses who are already operating in these sectors.