Facebook's Mission To Own The Internet - Which App Will It Take Down Next? 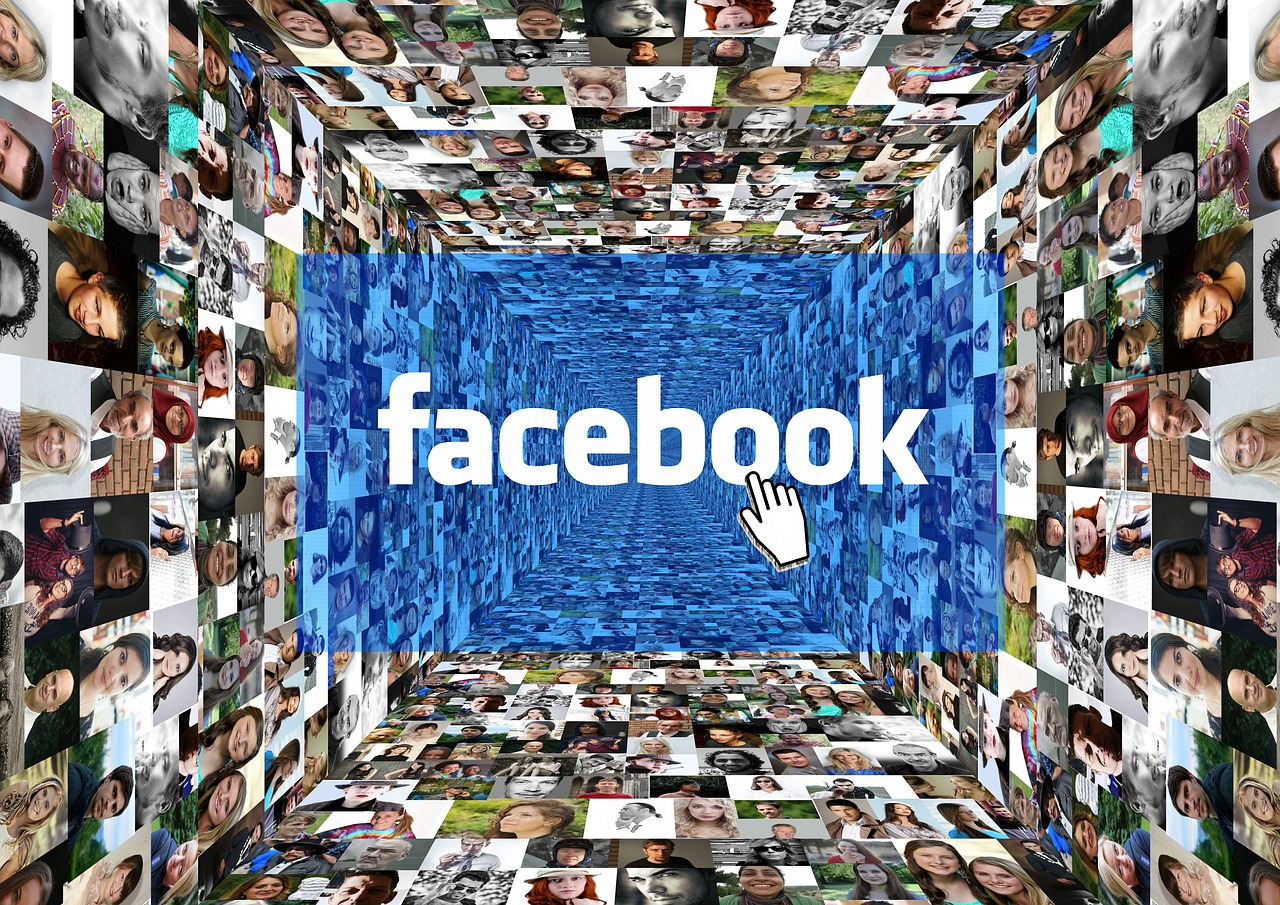 Facebook is a behemoth of a social network. With more than 1.9 billion active users, the social network dominates in user engagement and reach against every other popular network today.

So what's their secret? The former head of Myspace, Mike Jones, explained it best while recounting Myspace's defeat against the network to Business Insider:

"The real problem was that the world had been trained by MySpace that social networking was interesting, but the actual product had been perfected by Facebook."

Facebook has continued to face off with other competing networks throughout the years. In 2014, Facebook reportedly attempted to acquire both Snapchat and Slack at different stages, each for a sizeable sum, just like they had acquired Instagram in 2012 and later Whatsapp. Snapchat and Slack, however, both declined Facebook's offer, choosing instead to stay independent.

A few years on and Facebook's now putting increased emphasis on tools and options that have clear similarities to both Slack and Snapchat - offerings like Stories for Instagram and Facebook, and Facebook's first enterprise-focused network, Workplace.

Since each of these networks now has popular features in common with Facebook, they're also now are vying for the same user base. Though, with each of these companies comes a strong following, so it's unclear whether Facebook can eliminate the competition in the future, like it did Myspace, or if the battle will end in a stalemate.

To assess these competitors, it's best to compare how audiences have reacted to these very similar offerings and in what circumstances they find them most useful.

Slack, the cloud-based collaboration tool, launched in office spaces worldwide in 2013 and today has accrued 3 million daily active users and is used by 60k teams.

For the older generations, however, these Slack features can be daunting to learn to use. Older users say that there's an overload of pop-up notifications - so much so that they stress that critical updates will fall through the cracks. For the generations that didn't grow up learning to communicate with the instant messaging format, Slack's channels, conversation threads, and desktop pop-up notifications may seem overwhelming.

Facebook's Workplace, the network's first enterprise-focused offering, provides a solution to this problem. Workplace has the same core UI as Facebook, which was an intentional choice for audiences who benefit greatly from a layout that they already know how to use. This UI eliminates any time spent learning a new layout - instead, users can jump in and try out all the new features like multi-company messaging.

So far, Workplace has already successfully accrued 1,000 organizations in less than a year since the network was launched.

However, Workplace's UI can also be seen as a negative compared to the UI of Slack. The Facebook UI that Workplace uses was originally designed for the purpose of social networking, not office work. Social media UI layouts, like Facebook's, are host to a barrage of videos and individual/group message windows to keep the platform buzzing with entertainment. A newsfeed filled with distractions could be counter-productive in a work atmosphere.

The Slack app's UI is the answer to this issue because it was constructed with only internal team collaboration in mind. The tool was born out of necessity when Slack's creators were collaborating on a video game and needed a platform that would facilitate their progress and help them communicate better. Thus, they crafted Slack as the answer, so Slack's UI caters to facilitating and optimizing a team's workflow. In the end, the video game was never brought to fruition, but the internal platform that the team built to facilitate their collaboration ultimately became Slack.

For now, Workplace's social network-focused UI gives Slack a distinct advantage as a fun tool that optimizes team workflows. But as Workplace is periodically upgraded to fill in these gaps in their network, more users in a broader range of demographics will be interested in trying it out because it will be less of a transition than an app like Slack. Once Workplace has worked out the kinks in the network, Slack better have a plan to stay relevant.

Facebook has been accused of mindlessly copying Snapchat for years now. The Poke app was the first effort by Facebook to offer features that are similar to Snapchat - Poke app users could send over a video or a photo to a contact that, once received, would last for just 10 seconds before disappearing. This attempt at the ephemeral messaging trend that Snapchat made so popular ultimately tanked in app stores and was later deleted.

Facebook's second attempt, Slingshot - an app that required a user to send a photo or video back to a contact before being able to view a message they had received - also failed a short while after the Poke app and was swiftly removed from app stores everywhere.

The next major Snapchat-clone attempt by Facebook has come in the form of Instagram and Facebook Stories, with the former quickly becoming hugely popular with audiences. Reportedly, there are now more people using Instagram Stories (200 million) than Snapchat (161 million users).

Businesses prefer to invest in Instagram Stories rather than Snapchat because, thanks to being under the Facebook umbrella, posts on Instagram have the potential for much bigger reach, and to thus generate more engagement. The platform has other perks as well, such as Instagram influencers, who can have significant clout with audiences on behalf of a brand. Instagram influencers can help build buzz around a business in ways that Snapchat just can't facilitate.

Combine all these facts with the analytics, social data, and reach of its parent company, Facebook, and Instagram Stories seems like the wiser investment for businesses - not to mention that the UI of Instagram Stories is more intuitive, which further facilitates better engagement between brands and audiences.

But Snapchat and Facebook compete in more than just the Stories format. In areas like animated augmented reality filters and masks for the camera, Facebook has also copied Snapchat in the product but differed in the approach. Snapchat makes a conscious choice to keep their animated AR filters and masks closed off to outside collaborators. Facebook, on the other hand, sees a future in collaborating with app developers to offer thousands of filters and functions for the AR platform.

"Building an open platform I think is going to be one of the big advances that pushes this forward . . . all developers can work on [the open platform] so that way you don't just have 10 or 20 effects, but you have thousands."

So Where Does This Leave Facebook and Its Competitors?

Facebook's interest in building an open platform has more in common with Slack, an app which also collaborates with app developers to make Slack-compatible bot versions of their apps so users can carry out multiple functions in one location within the app. Slack will likely scale beside Facebook due to their similar business plans - they've both chosen to open their platforms to partner apps, making their offerings that much more well-rounded.

Collaborating with outside developers enables these networks to offer a much wider range of experiences to their users. Slack has also grown, in size and scope, in 2017 with the launch of Enterprise Grid, a version of Slack which works with huge companies with thousands of employees. The Paypal team has reportedly already integrated Slack into their workflows.

Snapchat on the other hand, is a wild card in the future. Snapchat, or more effectively their parent company Snap Inc., chooses to keep their platform and any collab-worthy offerings, like their augmented reality camera filters, for themselves. Facebook believes that offering an open platform is the best way to expand the customer's AR experience and they're probably right.

Facebook envisions AR maps and product descriptions in the future and much more. It's also clear that Snapchat is solely interested in building audiences in high-end lucrative Western markets, severely limiting their global reach and potential. So far was we know, the Snapchat app has no plans to collaborate with outside developers which may very soon leave something more to be desired. This may lead to Snapchat's audience becoming increasing more niche and Western-focused until it falls off the global map to other popular apps.

With that in mind, it's also important to remember that Snapchat has been pioneers of many formats - inventing the ephemeral messaging format and the animated AR camera experience to audiences. The company recently re-branded itself as a "Camera Company," saying that, "We believe that reinventing the camera represents our greatest opportunity to improve the way people live and communicate."

As such, it seems that Snap Inc. is certain to have an interesting future as it continues to pioneer app trends. Who knows what they'll think of next - although if they want to compete with Facebook, it has to be nothing short of brilliant.

But if past actions tell us anything, that's certainly in Snap's wheelhouse of possibilities.