Facebook's launching a new, freemium version of their professional platform, Workplace, as part of an effort to boost take-up of the tool. 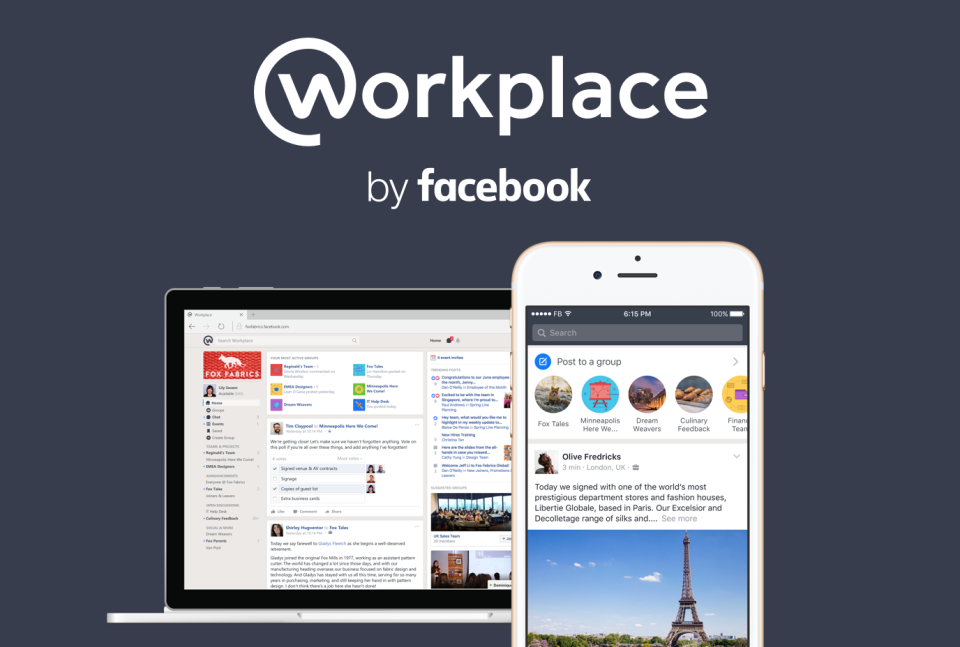 Given that more than a billion people now use Facebook every day, Workplace makes sense - why train your staff on a new system for their day-to-day work functions when you can just give them the Facebook platform they're already familiar with? Facebook hasn't provided any official numbers on how many businesses are currently using Workplace, but says there are thousands of paying subscribers.

The new, free version will be called "Workplace Standard" - with the paid version to be referred to as "Workplace Premium" - and will be aimed at smaller organizations who may want to utilize the functionality of Workplace but don't have the budget for a full deployment (Workplace is priced in tiers - $3 per user for the first 1,000 active users, $2 each for the next 9,000, then $1 each for any on top of that). 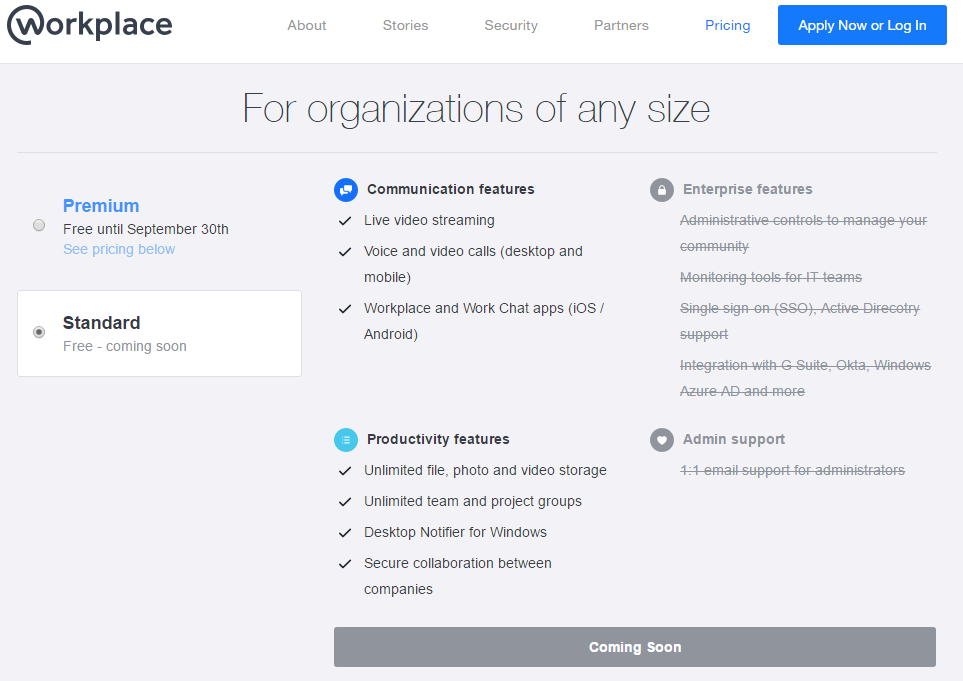 As you can see in the above image, the free version will provide a slimmed down set of features, without the range of administrative and analytical tools (crossed out on the right) which are available in the premium version offering.

The announcement also comes on the back of Facebook recently adding job listings for Pages, another small move towards the professional social market, which is currently dominated by Microsoft (now including LinkedIn) and Slack.

A particular note of interest here is the focus on Indian businesses. In their announcement, Facebook also revealed that the top market for Workplace thus far has been India, a country Facebook's been working to build a larger presence in for years. A low cost version of Workplace could provide significant appeal to Indian operators, while the combination of a cheaper Workplace, and the introduction of new payment options in WhatsApp specifically for Indian users, could help Zuck and Co start to make inroads among the second most populous nation in the world.

India, it's worth noting, still has a way to go in providing internet access - only around 26% of the nation's 1.3 billion people currently have access to the web. Among those that do, however, WhatsApp is a key platform of choice - more than 200 million Indians are active on the messaging app, higher than any other nation. Adding in payments could be a big step towards tapping into the opportunities that market could provide.

The extended opportunities of this could also be significant - if Facebook can become the conduit to enhanced business opportunities in India, that could expand the potential for businesses on the platform, enabling companies to reach a huge new audience via their Facebook Pages, while also making WhatsApp a more relevant business channel. Of course, Workplace presences operate on a separate network, but there may be advertising opportunities (within the freemium version especially), while increased adoption of the tool among businesses could also prompt more users to take up Facebook outside the office.

For local organizations, the new free version will enable them to get a taste of the Workplace platform and its benefits before going all in - and may even prove functional enough without the paid elements.

The new, free version of Workplace will be available soon.