While debate rages as to whether Facebook can, and will, beat Snapchat at its own game, in reality, it may have already done so, at least in several significant ways.

Today, Facebook-owned Instagram has reported that there are now 200 million people using their Snapchat-inspired Instagram Stories feature every day, up from 150 million daily actives back in January.

That's now significantly more than Snapchat, which, in their recent S-1 filing, reported having 161 million daily users as of December 2016.

You can see the impact of Instagram Stories on Snapchat's growth in this chart - see that last evening out of the line at the far right, where the trajectory starts to flatten?

The latest figures show that users don't care so much whether Instagram copied Snapchat, what they care about is functionality, and with a lot more people using Instagram Stories - along with the addition of virtually identical functions to those available on Snap Inc.'s flagship app - Instagram's offering may now be a better option. Which, as underlined by several experts, is also particularly relevant for brands in considering where they should be spending their ad dollars.

Adding to this, Instagram has also released some new features which further up the parity with Snapchat.

The first is selfie stickers - now, when you're composing your image using Instagram's creative camera options, you can 'turn your selfie into a sticker', which you can then attach all over the post.

This is pretty much exactly the same as Snapchat's scissors tool, which they introduced back in December, though on Snapchat, you're able to define the shape of the sticker - on Instagram they appear circular. 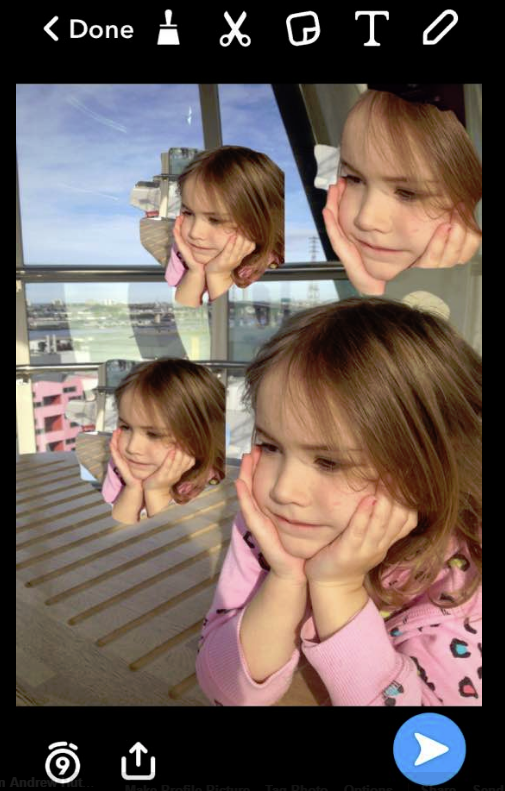 Instagram's also adding the ability to pin a sticker to an object within a video, with the image then changing and scaling in proportion to the moving content. 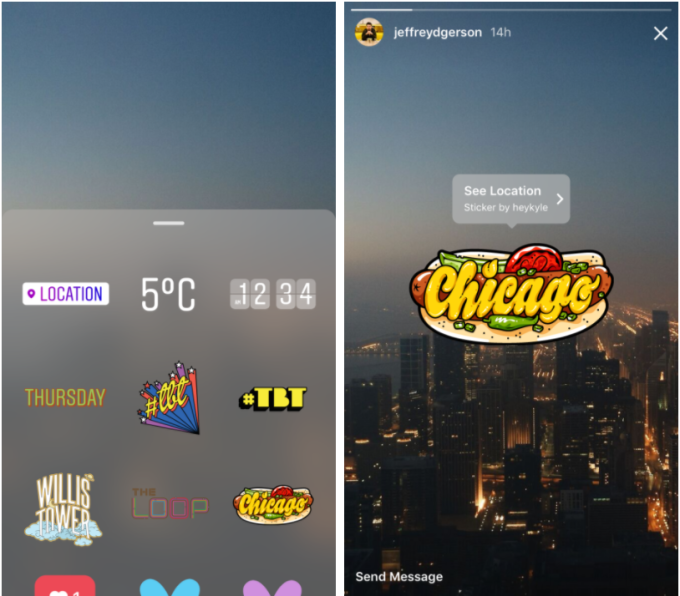 In addition to this, Instagram's also adding shortcuts to your favorite stickers:

Again, this is the same as Snapchat, while they're also adding a new timer countdown for users recording in hands-free mode.

Really, there's not much left for Instagram Stories to copy, except for Snapchat's Lenses, which Facebook has already duplicated in the new Facebook Camera tool. Lenses, it's worth noting, are used by one in three Snapchat users every day, so they're a significant part of the Snapchat experience - given this, it seems like it can't be long till we see Instagram ship Snapchat's MSQRD-powered lens tools across to Stories. Maybe they're saving that for the final, knock-out blow.

What does this latest news mean for Snapchat? Nothing good - TechCrunch reports that Snapchat's share price had already fallen when Instagram announced their new integrated inbox earlier this week, and it fell even further again on today's news. Given the mounting pressure on Snap Inc., it'll be interesting to see what they reveal in their first earnings call next month. Will user growth become the dominant storyline as it did with Twitter, or can Snap Inc. reveal something else, something more, that can shift attention away from the Facebook comparison and towards its potential in another area? Perhaps, augmented reality glasses?

Given the rising pressure, it seems like Snap Inc. might need a Plan B, beyond just improving their ad products and discovery options. What form that might take will be interesting to watch.