Facebook's giving Messenger images an upgrade, with users able to send and receive 4K images, rolling out from this week.

“We’re making significant investments in how people communicate visually on Messenger. That’s why today, we’re excited to share that people can send and receive photos in Messenger at 4K resolution — or up to 4,096 x 4,096 pixels per image — the highest quality many smartphones support. We heard that people want to send and receive high resolution photos in Messenger — and considering people send more than 17 billion photos through Messenger every month — we’re making your conversations richer, sharper, and better than ever.”

The upgraded image capacity will provide more clarity on Messenger posted photos – for comparison, Facebook has provided a few examples, including this one of the Brooklyn Bridge (4K resolution on the right). 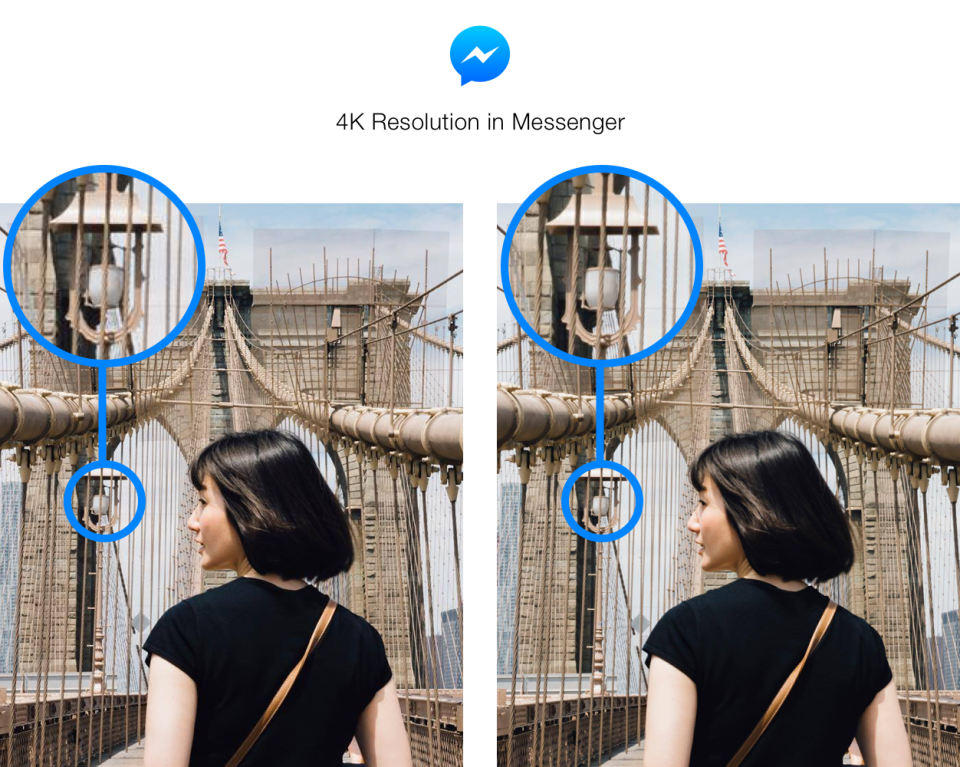 Given the amount of images being sent via Messenger each month, the upgrade will no doubt be well-received. Facebook says that your images will sent just as quickly as before, while the improved clarity may also help Facebook as they work to improve their image recognition tools, which they’ve been developing for some time.

4K images in Messenger will be rolled out, to both iPhone and Android users, in the US, Canada, France, Australia, the UK, Singapore, Hong Kong, Japan, and South Korea initially. 4K resolution will be rolled out to all regions within the coming weeks.

View all | Post a press release
trendHERO has released The State of Influencer Marketing in Instagram 2021 for USA report
From trendHERO
Locowise Publishes Report: The Role of Social Media Experts in 2021
From Locowise
Fastreel Video Editor: An Online Tool for Creating Great Content
From Movavi Software Inc
Read next
Latest in Social Media Updates
© 2021 Industry Dive. All rights reserved. | View our other publications | Privacy policy | Terms of use | Take down policy.
We use cookies to optimize your experience on our website and for analytics and advertising purposes. By continuing to use our site, you agree to our cookie policy. Learn more
Accept