Instagram has launched a live test of a new feature called ‘Map Search’ in Australia and New Zealand, which enables users to discover businesses and locations of interest on the in-app map, and find info on each listed business, as well as post public posts tagged with that location.

As you can see here, users with access to the new option are being prompted to tap on the map icon at the top right of the Discover tab. That then connects through to the new Map Search experience, which highlights cafes and restaurants primarily, but also shops, entertainment venues and more. 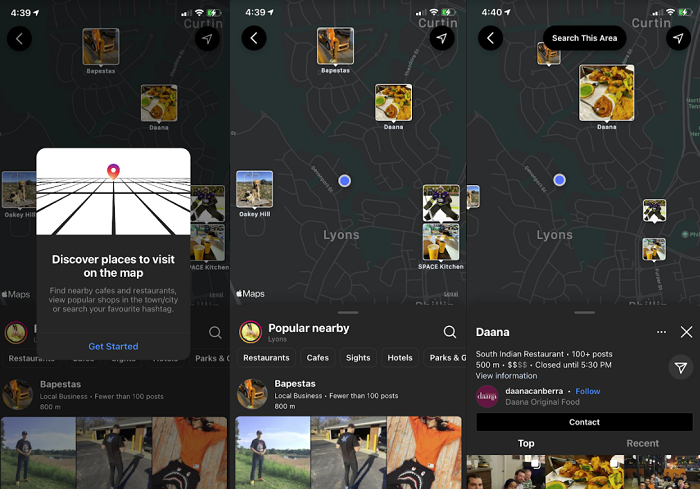 You can see in the last frame above that when you tap on one of the new location markers, it then expands and displays more information about that place. For businesses, that includes hours of operation, address and price info, as well as connection through to their IG profile, and a grid display of public posts tagged at that location.

Though none of the businesses I looked through actually had pricing info displayed as yet. I assume that this will be built into Instagram business profiles, providing an option for brands to choose their price listing in the display, which, for restaurants, could be an average estimate per meal, and for entertainment venues, a ticket price.

It’s an interesting addition, providing more direct connection between Instagram and businesses, which is an element that Instagram’s increasingly seeking to emphasize, via tools like in-stream shops and new promotion options. Instagram says that more than 200 million businesses use Instagram each month, while 90% of its users follow at least one business, and as such, streamlining that connection works in alignment with both usage habits and increased business demand. 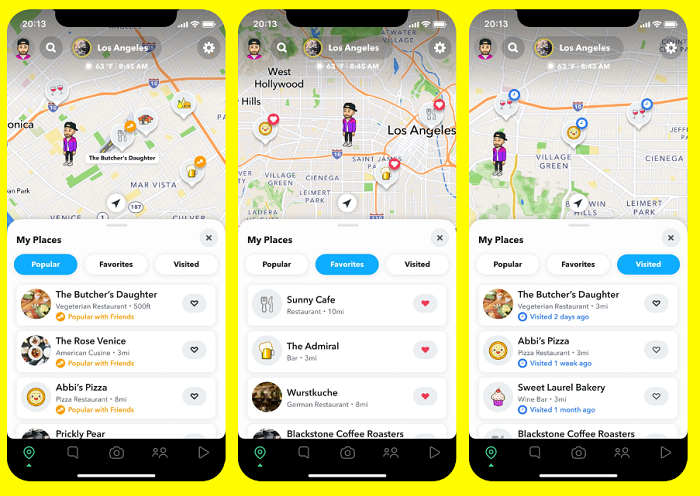 Snap added 'My Places' to its Map back in July, which highlights popular businesses, as well as places that you've previously visited, on the map display. That increasing utility may have pushed Instagram to update its own listings, with the new Map Search offering similar functionality in terms of business discovery and detail.

Also, another helpful addition - the return of Location Stories. 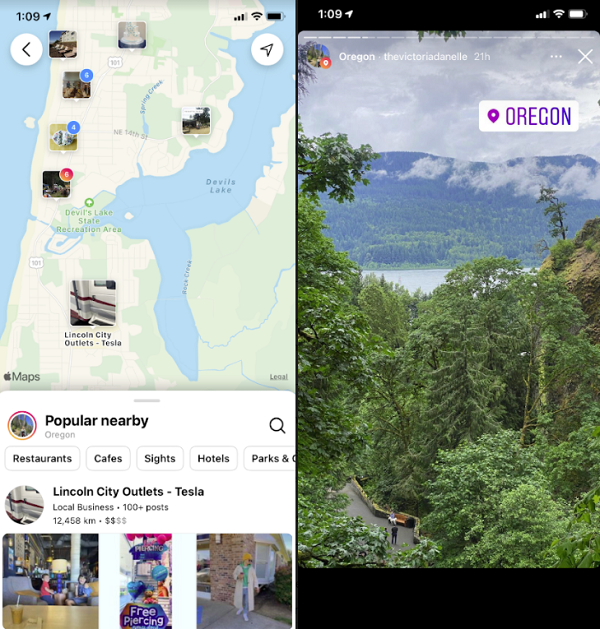 As you can see here, where public Stories have been shared using a location tag, they'll now also show up on the map display, with a rounded image (instead of a square) and the colored Stories ring. Tap on that and you'll be able to search through public Stories from specific locations, and you can drag the map around to check out Location Stories from across the globe.

Instagram removed Location Stories in October last year, seemingly as part of the platform’s temporary pre-election changes in the US, which were designed to limit the spread of misinformation. After 10 months absence, it seemed that they were likely gone for good, but now, in this new iteration of the Instagram Map, you can view Stories by location once again, which has been a much-requested reinstatement among users.

That'll no doubt pique more interest in the new update. There’s no word on a planned full roll-out as yet, but the option will reportedly be tested in more regions over time.