Instagram Rolls Out Live Guests Option to All Users

After launching a test of their live guest option with a small group of users back in August, Instagram has now announced that the functionality will be rolled out to everyone from today.

“Live video helps you share in an authentic way, but sometimes it can be intimidating when you’re on your own. It’s easy to add a guest while you’re broadcasting. Simply tap the new icon on the bottom right and tap “Add” to invite anyone who’s currently watching. Once they join, you’ll see the screen split into two and your friend pop up right below you.” 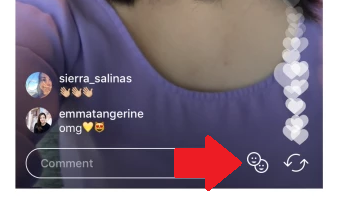 The process is fairly straightforward, giving users and quick and easy way to connect via Instagram Live.

A new addition since their initial test is an updated Stories icon when you’re going live with a friend, which shows your profile images layered on top of each other to indicate a collaborative stream in progress. 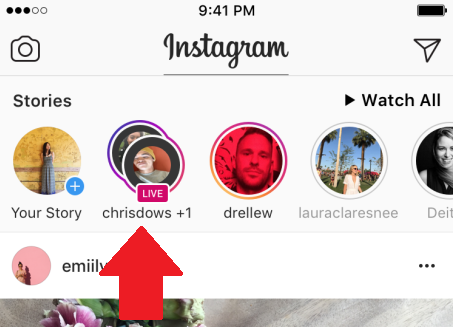 Once your co-stream has ended, the host can either upload the video to Stories or discard it, so it only exists in the moment.

The option will help Instagram boost its appeal with younger users, which was the key target market identified when the platform initially released live-streaming last November.

Such use is 'interesting' to Instagram because a rising number of people - young people in particular - are doing it.

The trend is what’s lead to group live-streaming app Houseparty becoming a minor hit – the app quickly raced to a million daily users late last year, and has raised significant capital to help fund its growth.

Houseparty’s popularity caught the attention of Facebook, who reportedly sought to purchase the company, but after negotiations broke down, Facebook instead switched its attention to building a rival app – Facebook’s Bonfire was launched to Danish users in September, prompting this tweet from Houseparty founder Ben Rubin.

When your mom tries to pull off your outfit pic.twitter.com/qxQlb0gtkz

Instagram’s live-sharing feature appears to be aimed at the same audience, younger users who are interested in hanging out via live-stream.

“…we’re introducing a fun way to go live with a friend. Now, you can hang out and go live together, whether you’re just doing homework or catching up on your day.”

At present, however, you can only go live with one person at a time. You can switch out your live partner, but Instagram’s limiting the co-streaming option to one person – which makes some sense, when you also consider that a significant number of Instagram users are looking for more intimate sharing. According to Instagram, 85% of people's Direct messages on the platform go to the same three friends, underlining that demand for smaller group sharing – which could be another factor in their limiting the co-streaming capacity.

However you look at it, co-streaming offers a range of new considerations, and may provide new options for businesses who are looking to provide new, interesting options to their own streams. Now you can conduct interviews via Instagram live, or post guided tours (one person speaking as another holds a camera and conducts a walk-through via forward-facing camera).

There’s also the added opportunity to cross-post the content to Facebook Stories, which may not be a major consideration, but still, it could help boost exposure for those who can get it right.

Instagram’s co-streaming update is available as part of Instagram version 20 for iOS and Android.