In amongst their latest announcement about music stickers for Stories, Instagram also dropped in the fact that Instagram Stories now has more than 400 million daily active users – up from 300 million at last report (in November last year).

The new milestone further underlines Facebook’s dominance of the Stories format - which Snapchat invented. Both Instagram and WhatsApp are now growing much faster than Snap, with the below figure (191 million) signifying the app’s entire user base, not just Stories usage alone. 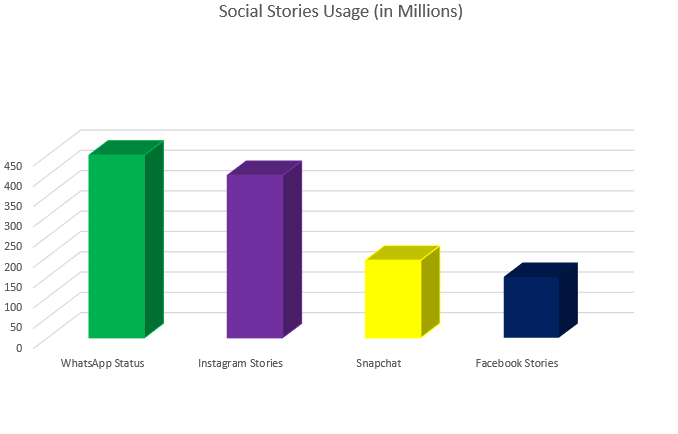 At their recent F8 developer conference, various Facebook executives noted that Stories are on track to overtake the News Feed as the primary social sharing surface, a major shift that will influence how users interact with all social apps – which is why every platform is now looking to tap into vertical content consumption in some capacity.

The latest jump in Instagram Stories use further underlines this – in total, that means that Facebook now has more than a billion daily users across its various Stories options.

If you haven’t considered how your business can use the Stories format in your social media marketing efforts, it’s likely worth giving it some thought – as more people become more attuned to the layout and style of Stories, their expectations for content will shift.

Facebook may have failed in its early attempts to beat out Snapchat, and reports still suggest that Snap is in the lead in teen popularity. But The Social Network now owns the Stories format - and with more new tools and options being added every day, it’s going to make it very difficult for Snap to continue to compete. In the format that it originated.