Hey, did you hear how Facebook reach is set to go down, and posting in groups could be an option to help alleviate it? LinkedIn did, and they’re sending out this notification to LinkedIn group admins, letting them know that they too are putting increased emphasis on groups.

In the letter, LinkedIn first notes that they’ll soon be removing support for their LinkedIn Groups iOS app.

“…that app will stop working as of February 15 2018. But please know that your existing group memberships and contributions will not be affected as part of that change.”

LinkedIn then goes on to note that they’ll be adding in some new Group features, including:

LinkedIn’s giving groups more focus, with a direct link from the home page and new notifications of group activity. 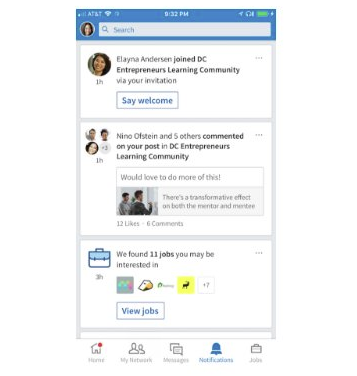 You’ll soon be able to post videos in groups, which will also include the regular capacity to @mention members and invite them to comment. 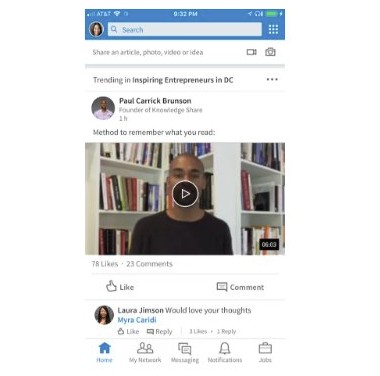 Okay, so neither of these is ground-breaking, but it is interesting to see LinkedIn put the spotlight back on groups, which were once a core feature of the app.

Many have questioned the value of LinkedIn groups, whether they’re even worth the effort, given the amount of spam and junk that finds its way through. But this new update suggests LinkedIn is aware of such issues, and is looking to make groups great again.

It does seem that LinkedIn's also tapping into the new groups momentum being fueled by Facebook. It’s hard to say how beneficial the changes will actually be in practice, but given most social managers will be considering alternate avenues for traffic, it could just be LinkedIn’s time to shine.

The new LinkedIn groups changes will be rolling out soon, with further updates also in development.