First off, on voice messages – with more people turning to audio as a connection option, Messenger is adding the capacity to preview your voice messages before sending, while it’s also increasing the duration of voice messages from 1 minute to 30 minutes.

That’s a big extension, and again, with more people utilizing audio connection tools, as exemplified by the rise of Clubhouse and similar options, it could prove to be a popular update.

Though audio social tools are a little different, in that it’s a live, two-way exchange. But still, clearly audio messages are being utilized on Messenger, which has prompted Meta to make the move to longer recordings.

So now you can ramble away, as you confess your love on the most romantic day of the year. Just don’t make a mistake 25 minutes into your monologue, otherwise you might come to resent that preview option.

Messenger’s also adding split bill payments in chats, which could come in handy for your Valentine’s dates. 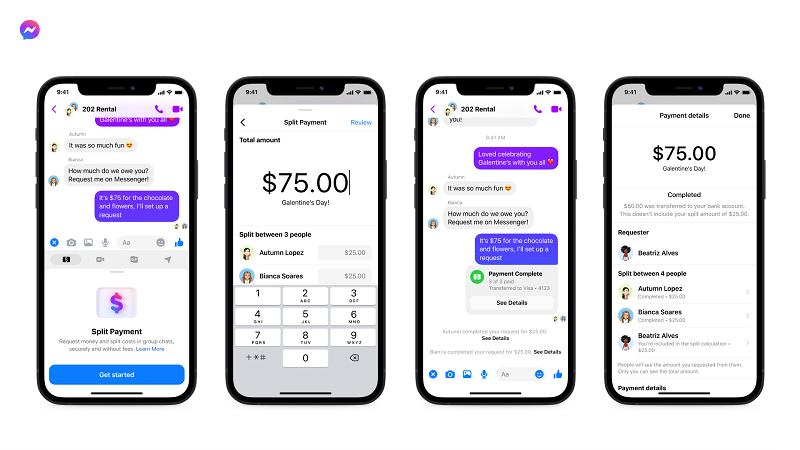 As you can see in this sequence, you can now request that a total payment amount be split between members of a chat. Messenger will then allocate the required amount to each user, enabling simplified, fee-free bill splitting via the app for those who’ve registered their payment info.

Split Payments is now available in the US on iOS and Android devices.

Lastly, Messenger Kids is also getting in on the Valentine’s Day celebration with new artwork and interactive options to help kids join in with the event. 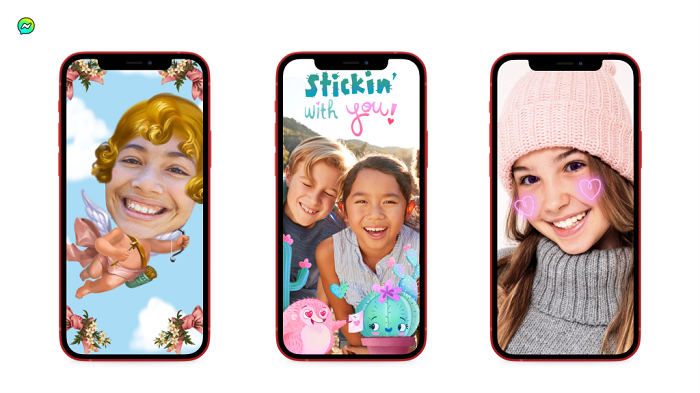 As you can see here, there are also new frames and Valentine’s Day stickers for Messenger Kids, enabling parents to both revel in how cute their kids are, while also lamenting just how fast they’re growing up.

The new Valentine’s Day features are now available in Messenger and Messenger Kids, with bill splitting, as noted, only available to US users at this stage.