Facebook Messenger has launched a new initiative to celebrate the work of teachers, as part of National Teacher Appreciation Day, which is coming up on May 4th.

Teachers, as Facebook notes, have faced an increasingly difficult task over the past year, working to re-configure their processes into online learning, while also adapting and developing knowledge of whole new systems themselves, in order to facilitate COVID-impacted requirements.

That's turned their entire lesson plans on their head - while teachers have also had to maintain care for individual students via video links, and establish connection with parents in all new ways.

Now, Facebook's giving users a chance to recognize those efforts.

"Messenger Rooms is working with Say It Now, an organization that helps people conduct “Living Tributes” honoring those who have impacted their lives the most. The mutual goal is to encourage people all over to set up Virtual Living Tributes for the teachers that have made a difference in their lives." 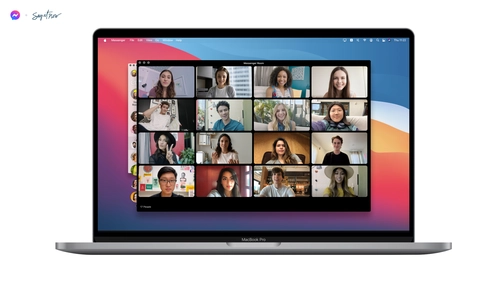 Essentially, Facebook is calling on users to create tributes for teachers who have had an impact on their life through Messenger Rooms, where you can gather current and former students to share their respect.

"The group video call can be scheduled in advance and created directly in Messenger or Facebook. Anyone can join via the link, even if they don’t have a Facebook account. Rooms hold up to 50 people with no time limit, so the tribute doesn’t need to be rushed and can include a small or large group."

Say it Now is essentially providing support and advice in this context, with a range of steps that users can take to create a meaningful, and impactful, personal tribute:

​So really, it's all about utilizing Messenger Rooms, with Say it Now offering advice and guidance, based on its experience, to help users run the best teacher tribute they can.

Again, given the impacts of the past year, it's a good initiative, and it could see more people taking a moment to consider how teachers and mentors have influenced their lives, and how that's helped them improve, and reach better outcomes.

Say it Now says that, while one-on-one expressions of gratitude are incredibly meaningful, 'group gratitude is a uniquely powerful experience for the person being celebrated'. Which is no real surprise, but still, it underlines the potential value of Messenger rooms as a vehicle for such, which could be a good prompt to encourage participation.

It could also be a prompt to get more people discussing teachers and their impacts, which may further relate to your marketing plans.