Published May 18, 2020
By
Andrew Hutchinson Content and Social Media Manager

Despite US President Donald Trump repeatedly noting the ways in which social media helped him win the 2016 Election, and singling out Twitter, specifically, for how it's benefited both his campaign efforts and subsequent presidency, social platforms are still not being widely utilized by politicians, with new research showing that the vast majority of legislators fail to gain significant traction with their tweets.

That could highlight a significant missed opportunity for political campaigners.

The data from Pew Research, which incorporates analysis of public tweets from each of the 2,056 members of the national legislative bodies in Australia, Canada, New Zealand, the UK and U.S., shows that despite the majority of politicians in these regions being active on Twitter, only a tiny fraction gain any significant traction, and influence broader political discourse with their updates.

"While the majority of members have an account on Twitter, and 73% tweeted at least once in the first six months of 2019, a minority of active users produce an outsized share of legislative tweets. The majority of tweets from national legislators come from the 25% most prolific tweeters – both overall and within each country." 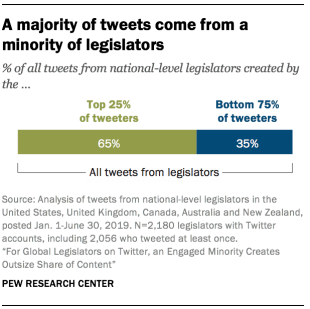 Of course, that data is based on volume alone, and just because you're tweeting, that doesn't mean people are listening to what you have to say. 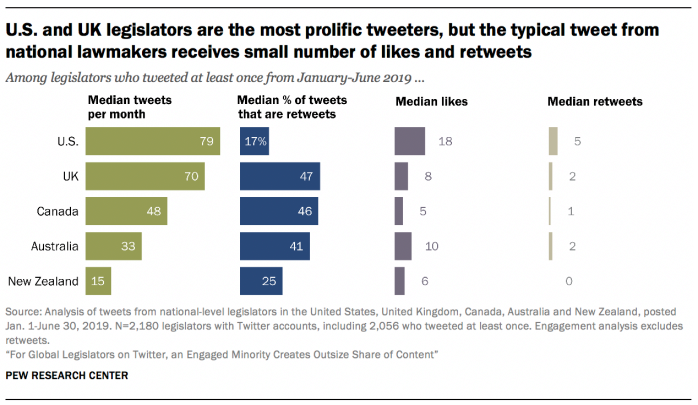 That's likely a big reason why so few of them bother - but those results could mean several things:

Of all these possibilities, it seems likely that the final point is most relevant here - because as Pew then notes:

"Along with creating the bulk of legislative tweets, the most-active tweeters tend to receive the majority of audience engagement with legislative Twitter accounts. The top quartile of Canadian tweeters produced 68% of all tweets over the time period but amassed more than 80% of all likes and retweets. Meanwhile, the top quartile of tweeters among U.S. members of Congress created 58% of all tweets but received around 70% of all likes and retweets."

Of course, this is no major surprise - using Trump as an example again, his tweets see huge levels of engagement, which dwarf all other politicians. That would lead to an outsized impact - though it also worth noting that Trump and other leaders are not included within this analysis. By narrowing it down to legislators, Pew is looking to get a better handle on how other politicians are using tweets for engagement.

That could suggest that there's potential there for politicians to make better use of Twitter to connect with their constituents. The engagement levels do vary a lot by region, but the numbers appear to show that the politicians that have adapted to the platform are having far more success in using Twitter to reinforce their messaging - while those who dismiss it are not gaining traction.

The ideal complementary study would then show how that impacts the polls - are the politicians that are seeing more engagement subsequently winning over more voters? That next level of analysis is not available here, but it's worth noting the variances, and considering whether political groups need to re-consider the emphasis they put on social media communication,

In subsequent notes, Pew also provides additional usage insights, including how legislators in each region have used hashtags in their tweets. 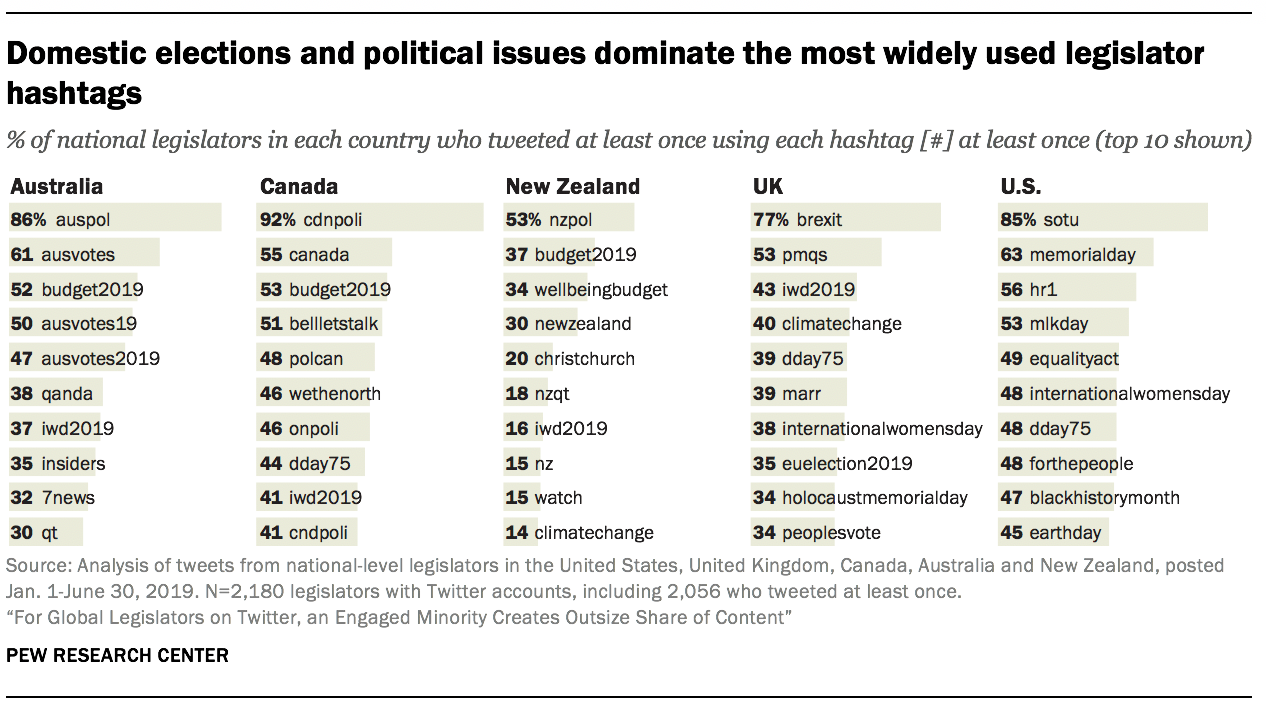 There are some interesting pointers here, and as noted, it would be interesting to measure the impact that those influential political voices on Twitter are having with respect to reinforcing their messaging with voters.

You can read the full Twitter political communications study from Pew Research here.