With more businesses looking to tap into TikTok in 2020, this new app could be particularly helpful. 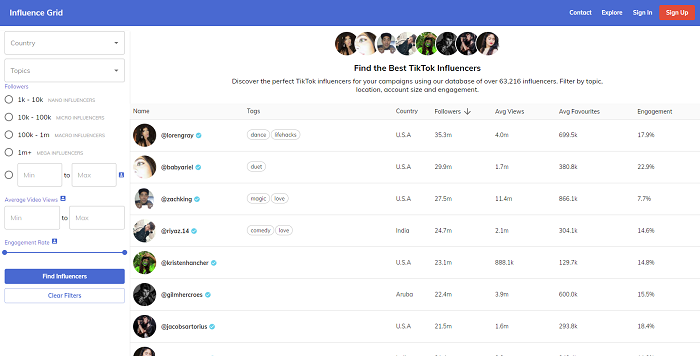 The app's data is updated every 20 days, ensuring that the information and tags stay fresh, and remain relevant to each users' content, and additional options, like the capacity to download lists to .CSV, are also reportedly on the way.

There are various influencer discovery tools like this available, but this is one of the most comprehensive and easy to use (and free) we've seen for TikTok specifically thus far. TikTok also has its own Creator Marketplace, which serves the same purpose, but access to that tool is limited.

Within Influence Grid, you can use the filters on the left-hand side of the screen to drill-down to the right potential influencers for your campaigns. 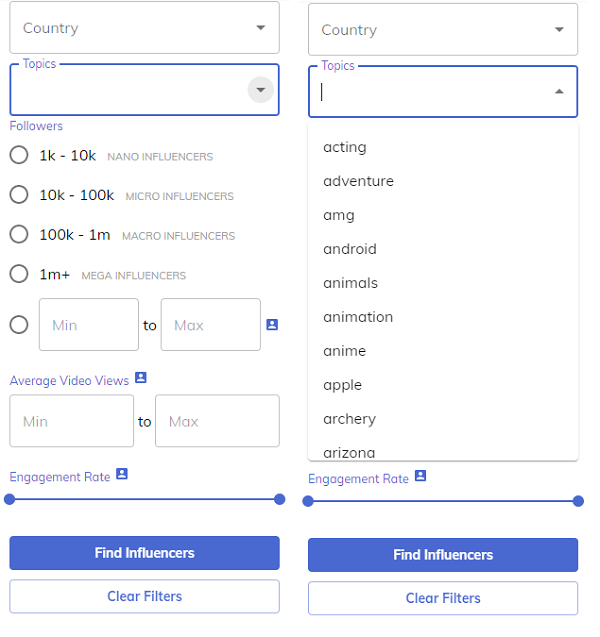 The topics listed are based on each users' bio and post descriptions, providing a good starting point for narrowing your list.

So, for example, if we were to look up the most influential TikTok users on the topic of business, we'd find...

What a surprise, Gary Vaynerchuk.

The app is still being refined and improved, but it seems like a fairly solid tool, which, as noted, could come in particularly handy for those looking at ways to tap into the TikTok stream.

And many brands will be doing just that. According to a new report from venture capital firm Andreessen Horowitz, we're likely to see a big rise in retail activity via video apps, following the trend of Chinese video platforms.

As per Andreessen Horowitz:

"On Taobao, China’s largest eCommerce platform, 42% of product pages already include short videos, and live streaming is growing quickly. From January to August 2018, the company generated more than $15 billion in sales through live-streams, up nearly 400% over the year before. Thus, it’s no surprise that short video apps are the next frontier for eCommerce in the US, fueled by the rise of native shops and integrations with popular third-party platforms"

TikTok has already begun testing of social commerce links in videos, and with usage of the app reportedly rising (TikTok hasn't provided an official update on usage stats for some time), it's going to be one that many social media marketers will be at the least keeping tabs on in the new year.

Instagram, too, looks to be ramping up its eCommerce testing - potentially in response to TikTok's growing momentum. But either way you look at it, TikTok is set to be a key point of discussion in digital marketing circles, which will make apps like Influence Grid even more relevant.

As noted, the team behind Influence Grid is still working on developing the app, but it's definitely worth a look as a tool to help you find relevant influencers on the short video app. Find the right ones, and you just might be able to get a leg up on the competition - and while questions around TikTok's longer-term viability remain, in the immediate term, it could still be worth experimenting with.