Have you noticed a drop in your Facebook referral traffic since the announcement of their algorithm re-focus back in January?

You likely have, according to the latest data from Parse.ly which tracks the traffic sources for thousands of sites.

Based on Parse.ly's latest analysis, here are the key trends they're seeing in referral traffic.

Interesting, right? It seems that, right at the end there, Facebook traffic is actually coming back. Could that be because publishers have found ways around the algorithm change, or that Facebook has identified new ways to get more relevant content to specific audiences?

Either way, Google remains your best bet, and given Facebook's regular algorithm shifts, it's also likely the more sustainable option, rather than building too much reliance on The Social Network.

Of course, this data is not definitive. The pool of traffic sources that Parse.ly is able to reference is significant, and likely indicative, but your individual performance will differ, dependent on your goals, your audiende and a range of other variables. The only way to truly know what works best for your business is to track your own metrics.

There's a heap of other insights in Parse'ly's latest traffic report, including the best social platforms for referral traffic by vertical and which topics perform best, for referrals, on each network. 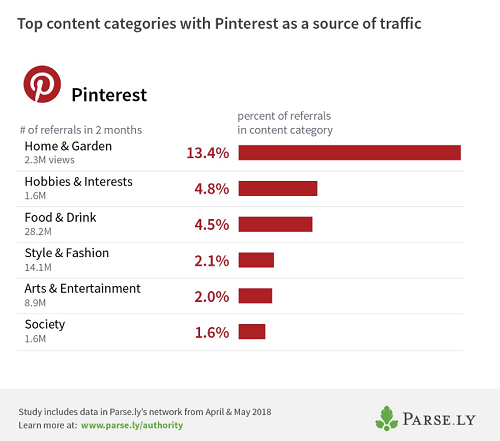