There may be life in Snapchat’s Spectacles yet – Cheddar has reported that Snapchat is developing not one but two new versions of the smart glasses, with the second upgrade moving towards an AR-style tool, enabling users to overlay digital images on their real-world field of vision.

According to Cheddar, Spectacles V2.0 is currently being manufactured, with a view to shipping this fall – the upgraded Spectacles would be water resistant, available in new colors, and will focus on “performance improvements and bug fixes rather than dramatic changes”.

But it’s the potential third iteration that’s most significant.

“The company has also begun work on a more ambitious, third generation of Spectacles with a new design and two cameras, the people said. Snap has prototyped an aluminum design with more circular lens frames, and two cameras that would allow for 3D-like depth effects in videos. Snap has additionally considered including a built-in GPS and a leather case, as well as a potential price tag of around $300, which would be more than double the current $130 cost for Spectacles”

That would be a significant development indeed – as we’ve noted previously, before consumer interest in Google Glass tailed off, AR-enabled glasses were projected to become an $11 billion market. That would be far beyond the current expectations for Snapchat's ad revenue moving forward.

It’s another possible chapter in the development of Snap’s Spectacles - which, already, have an interesting history.

When Snap Inc. first released Spectacles back in 2016, it seemed, even then, that the company had bigger plans for the device. While fashionable-looking sunglasses which enable you to record video are interesting, at the time of launch, Snap also announced their re-branding from ‘Snapchat’ to ‘Snap Inc.’ and revealed its new ‘camera company’ description.

What could that mean? Was the new Snap Inc. really looking to re-focus on developing cameras as opposed to social apps, or was this just a hedge to avoid direct comparison with Facebook?

Since then there have been various events in the rise and fall of Spectacles.

Shortly after launch, Snapchat launched World Lenses, which seemed to link with a potential future Spectacles upgrade which would enable full AR viewing through the glasses.

Some months after that, a patent filed by Snapchat was revealed to possibly show what the next iteration of Spectacles would look like, with two sensors at the front of the glasses which could theoretically detect what's around you, and layer AR elements over your field of vision.

The patent even included an image of AR vision through the glasses.

The evidence seemed to point to Snap making Spectacles a bigger focus – the company also established a new research facility in China, close to where Spectacles are assembled, which would better enable them to keep any such development under wraps.

But then, further reports showed that Spectacles were not going as well as planned.

A report published by The Information last October suggested that Snap had been left with "hundreds of thousands of unsold units sitting in warehouses" after the company overestimated demand, while in Snap’s third quarter earnings report, the company confirmed that it had lost nearly $40 million on the glasses “primarily related to excess inventory reserves and inventory purchase commitment cancellation charges.”

For all the hype, and all the potential, Spectacles seemed to have been a significant failure. In their most recent, full-year earnings update, Snap noted that they don’t think the product would "annualize", whatever that means.

It’s no secret that AR is the next big thing in social, the next big platform as we gradually shift towards full VR.

Facebook knows this – last April, Facebook unveiled their new Camera Effects Platform, which enables creators to build their own AR animations and tools, on top of Facebook’s platform.

Facebook brought the Camera Effects Platform out of closed beta in December, finally opening it up to all – and Facebook has also acknowledged that the next iteration of their AR tools will indeed be AR-enabled glasses which can layer digital imagery over real-world scenes. 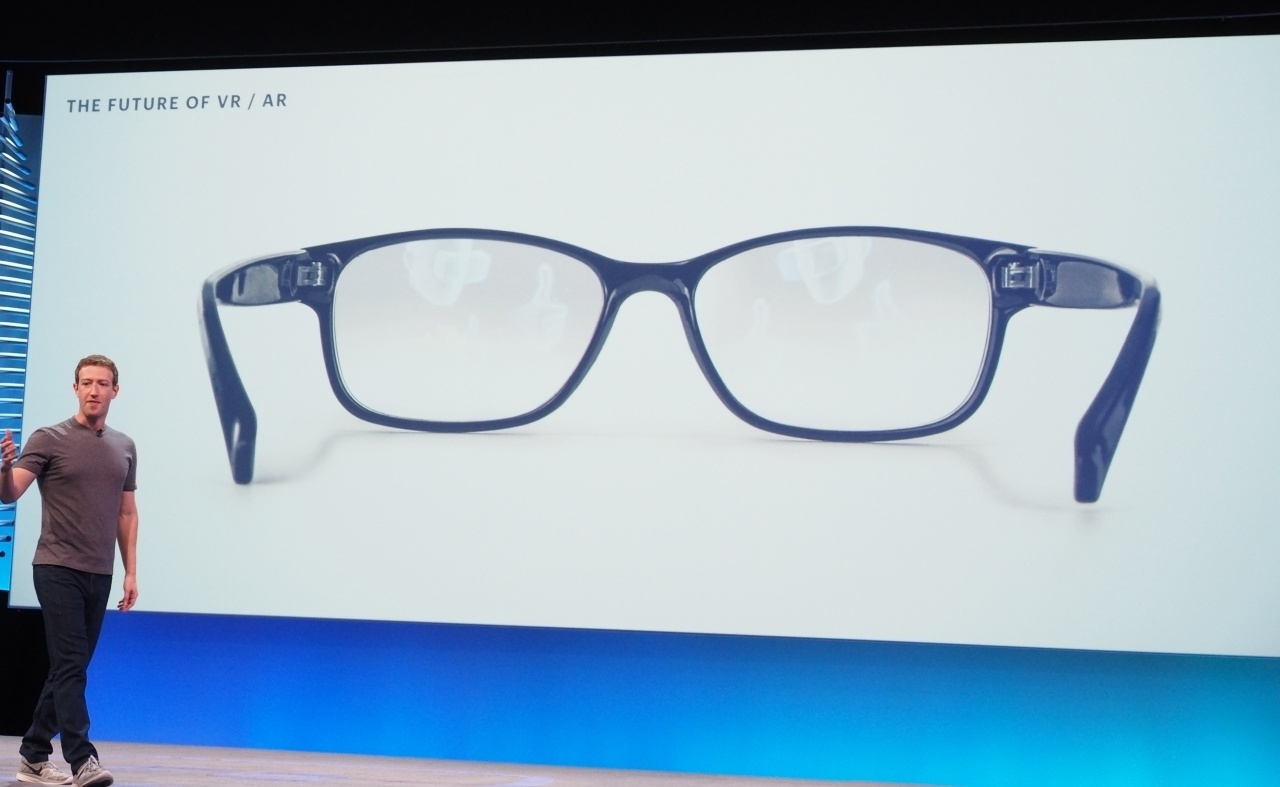 But Facebook’s own smart glasses are not close.

According to Mark Zuckerberg (in April last year):

“I think everyone would basically agree that we don’t have the science or technology today to build the AR glasses that we want - we may in five years, or seven years, or something like that, but we’re not likely to be able to deliver the experience that we want right now.”

That would make AR-enabled glasses, in Zuckerberg’s estimate, available to consumers in about 2022.

Could Snap be in a position to deliver faster than that?

It’s impossible to say, as there are various elements to consider. Definitely, Snap has made a number of moves towards this goal, acquiring various companies which specialize in elements of computer vision. Snap CEO Evan Spiegel has also noted that selling hardware will become an important part of the business moving forward, and reports have suggested that Snap has met with both Luxottica and Warby Parker to discuss partnerships enabling them to place Snap developed cameras into their glasses.

All things considered, Snap could be well-positioned to take that next step, and advance AR-enabled glasses, delivering on the initial, direct to consumer potential of Google Glass. Maybe, too, Zuckerberg was playing coy, and Facebook’s actually closer to delivering their own glasses faster than he suggests.

Whatever the case, the data would suggest that the first company that can get it right will significantly boost its earnings potential, creating a new world of digital opportunities.

A few months back, it seemed that Snap’s race had been run, that the losses they’d suffered on Spectacles had put the possibility out of reach.

These latest reports would suggest that that’s very much not the case.