Fresh from rolling out its new reactions for group boards, Pinterest is now testing a whole other style of quick emoji response characters, this time for videos posted on the platform. 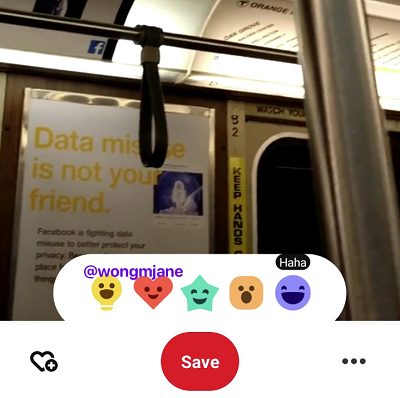 As you can see here, this new version of reactions emojis - spotted by reverse engineering expert Jane Manchun Wong within the back-end code of the Pinterest app - is more cartoonish and different to regular emoji characters.

But they do look a little more stylistic, and you can imagine them being a winner on Pinterest, giving users another way to respond to video content. It would also seem logicial that such reactions would be made available on all Pins, giving Pinterest another way to rank content, but we don't have any specific information on how they might work at this stage.

And while quick response tools like this never seem to get a great initial reception, their usage is rising.

Research from Facebook, and via third-party analytics providers, has shown that the use of Facebook's Reactions has been steadily increasing, leading to other platforms, including LinkedIn, also following suit with their own quick response tools.

It's an easy way to indicate your response, which can be particularly helpful via mobile device. And as such, it makes sense for Pinterest to be considering its options.

Note, too, that Wong also recently uncovered another variation of reactions-like response tools in testing for Twitter DMs.

The functionality makes sense, so really, it's little surprise to see Pinterest working on this new, more stylistic variation of the option. There's no official word on any release, but given Wong's track record with such discoveries, it'll likely be coming in the next couple of months.