Snapchat has posted its latest performance update, showing increases in both users and revenue, and beating market estimates.

First off, on users - Snapchat is now being used by 210 million people every day, up from 203 million in Q2. 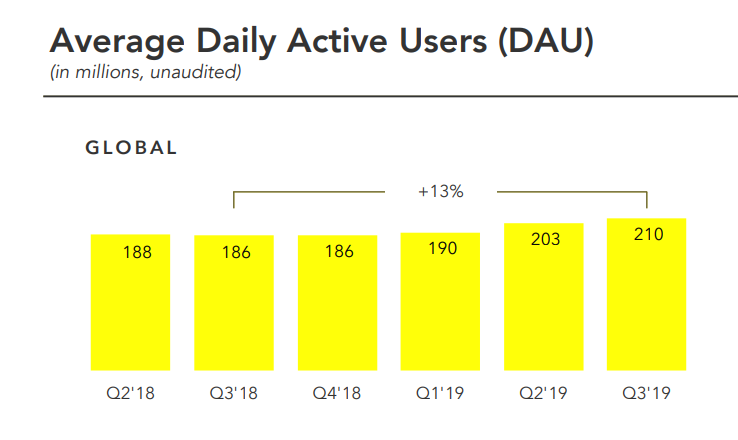 The majority of those seven million new users came from the 'Rest of the World' category, with Snap's re-designed Android app - a long-ignored element - reportedly gaining significant traction in the Indian market.

Snapchat's focus has been on higher-end, iOS devices, and subsequently, on developed regions. In fact, according to a lawsuit filed in 2017, Snap CEO Evan Spiegel specifically ruled out seeking to boost the app's appeal in developing markets, noting that he didn't want to expand "into poor countries like India and Spain.”

Spiegel has denied taking such a stance, but the essence of Spiegel's reported reluctance had long been an issue for the platform - Snap hasn't, in the past, made it easy for people on lower-quality devices, or with limited data plans, to use its app.

It's Android update, released back in April, addressed this to a significant degree, and now it's reaping the usage benefits.

Worth noting - Android is the most used mobile operating system in India, holding around 90% of the Indian market.

But it's not all good news.

As TechCrunch has noted, Snapchat's 'Rest of World' users are not yet as profitable as those in other markets, yet Snap needs to incur more technical costs in order to continue to support these new users:

"Since Snapchat serves so much high-definition video content, but it earns just $1.01 average revenue in the Rest Of World, it has to hope it can keep growing ARPU so it becomes profitable globally." 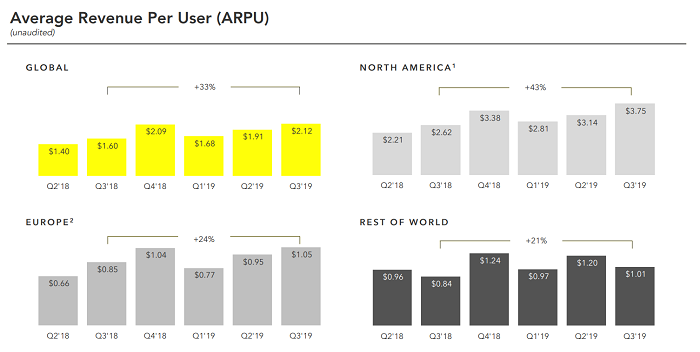 The company will need to work quickly to improve profitability, given its higher overheads. Shares in Snap closed down in after-hours trading as a result of these associated risks.

On the revenue front, however, Snap is looking better, posting a 50% year-on-year increase to $446 million.

And despite the noted concerns about its ARPU figures in developing markets, Snapchat's overall average revenue per user increased 33% to $2.12, which is a significant step in the right direction for the app.

Snapchat has long touted its capability to connect with younger audiences, and its hold on these user groups. But if Snap truly wants to sell the market on its capacity in this respect, it also needs to show that it's able to generate revenue from that attention. An increase in ARPU reflects that Snap's business efforts are improving, capitalizing on its ability to maintain audience interest.

Snap has continued to roll out new content for Discover, and new ad options to enable brands to tap into the popularity of its TV-like programming, which is shorter, per episode, than traditional TV, but more aligned to Snap usage.

Back in May, Snap reported that its top 'Snap Originals' shows were seeing tens of millions of views. Now, Snap says that more than of its 100 Discover channels are reaching, on average, audiences in the double-digit millions per month.

This is a key growth area for Snap, which is likely what Instagram was looking at when it decided to roll out IGTV. IGTV hasn't yet been able to gain the same kind of traction, but you can expect, with this announcement, that Facebook will be paying attention, and will be planning its next move to thwart Snap's expansion.

Snap has also reported that its community-created Lenses remain popular

This quarter, Snapchat also added 14 new Landmarker locations to its Snap Studio creation tools, giving creators more locations to experiment with - with two of the fourteen new locations based in India.

"Now more than 15% of the Snaps sent every day with Lenses feature Lenses made by Snapchatters using Lens Studio, with top-performing Community Lenses reaching billions of views on Snapchat."

The interactive, engaging elements of Snap continue to expand, helping it to maintain and grow its audience share, despite being a comparatively smaller player in the market.

And in addition to these usage updates, Snapchat also recently launched its new 'Dynamic Ads' option, which will make it easier for more brands to get started with Snap ads, lessening the creative pressure via ready-made templates and tools.

Overall, it's a good report for Snap, showing significant potential for growth, and opportunities in regions where Snap has previously not been able to gain ground. The risk for Snapchat is that it needs to keep innovating to maintain its momentum, which can be difficult when Facebook is also coming after your audience, but thus far, Snap's team has shown that it's more in-tune with its audience than Facebook, and even Instagram, as reflected in the popularity of its Snap Originals shows and creative options.

There are also the aforementioned concerns about operating costs, which Snap will continue to grapple with, but as it continues to evolve its options, moving towards improved AR and digital experiences, there's no reason to think that Snap won't be able to maintain steady growth for the long haul. Though it'll never be an easy road for the app. 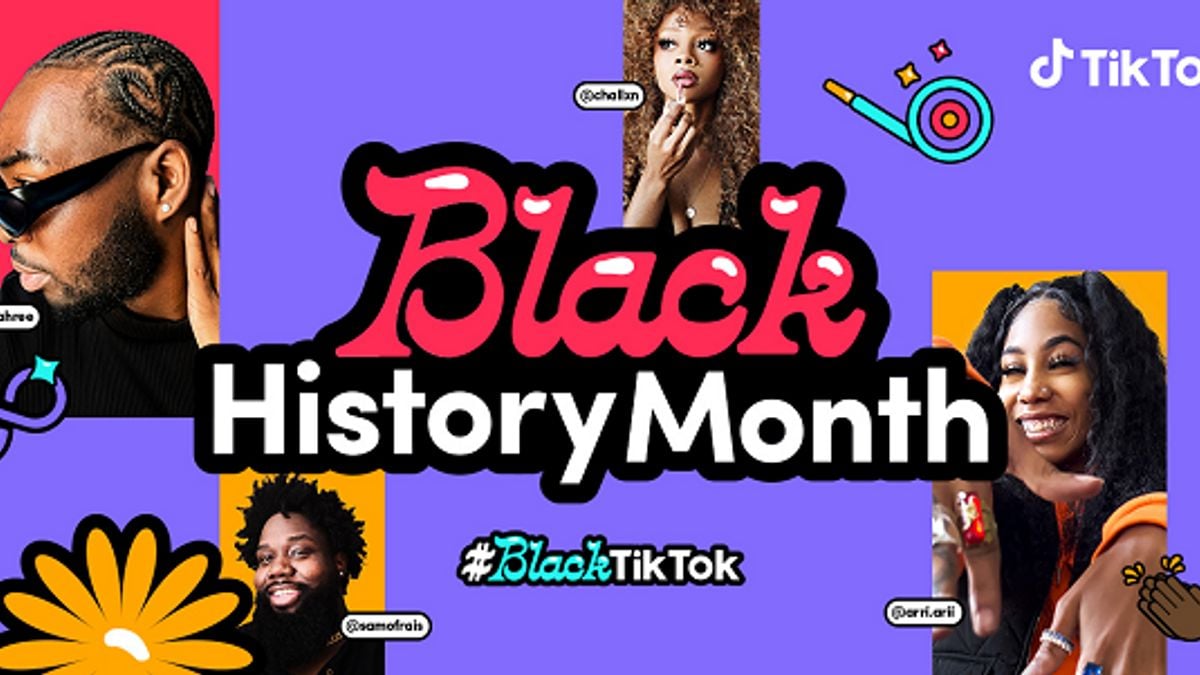 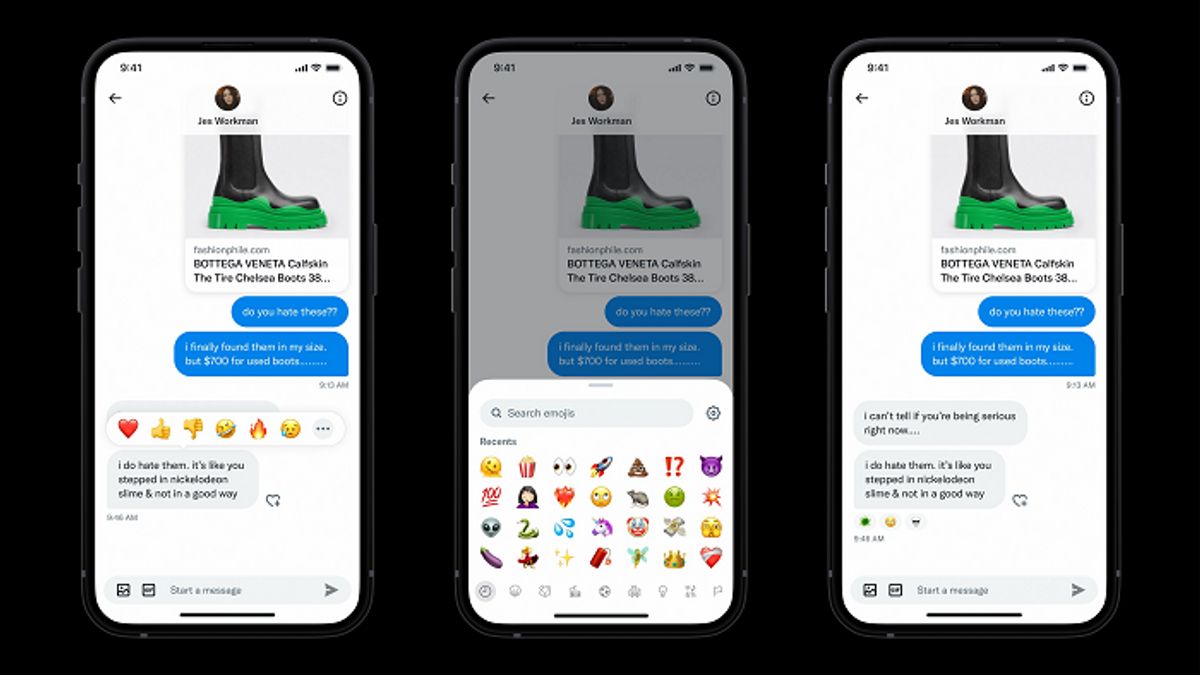